The dramatic drop off in global oil and gas prices that started during the last quarter of 2014 has caused heartburn for those involved in the industry. What-if scenarios, long-term strategic plans, capital investments, manpower requirements and expenditures have all been scrutinized and, in most cases, extensively reworked. 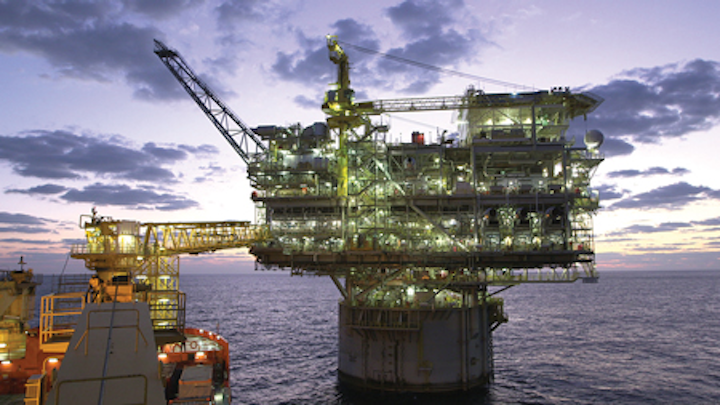 The dramatic drop off in global oil and gas prices that started during the last quarter of 2014 has caused heartburn for those involved in the industry. What-if scenarios, long-term strategic plans, capital investments, manpower requirements and expenditures have all been scrutinized and, in most cases, extensively reworked. Shale and unconventional resource activity has been abruptly curtailed, demonstrating a vulnerability to short-term price downturns that impacts production costs and ultimate profitability in that industry segment.

As the 2015 Deepwater Records, Solutions, and Concepts poster in this issue suggests, offshore drilling and production is far more resilient to industry cycles and price fluctuations. Productive lives of fields and resident facilities are notably longer than the majority of most onshore plays. They have to be. Mega-project costs exceed $1 billion and the majority of new field development production facilities far exceed that capital cost. Cycle time, from first field discovery to initial production, is extensive, sometimes spanning more than one decade. The unanticipated interruption experienced after the disastrous Macondo incident caused a significant slowdown in offshore construction and an escalation in costs to comply with new safety standards. The drilling moratorium interfered with development wells in some fields, which ultimately led to a lengthened project timeline. The elapsed time from discovery to project sanction, or final investment decision (FID) to fund the project, averages more than five years for spar facilities and in excess of eight years for TLPs. The subsequent project phases needed to reach first production averages approximately three years.

First production from the Tubular Bells field development in Mississippi Canyon offshore Louisiana finally came to fruition in November 2014, more than 11 years after its discovery; yet it was fasttracked from FID in only 36 months. The spar floating production system is owned by Williams Partners and operated by Hess. It is the first production facility of its kind manufactured entirely in the United States.

Another facility reaching first production in December 2014 will produce the co-developed Jack and St. Malo fields located about 25 mi (40 km) apart in the Walker Ridge area, offshore Louisiana in approximately 7,000 ft (2,133 m) of water. The production facility is operated by Chevron, and the development of the two fields is the first for Statoil's involvement in the US Gulf of Mexico (GoM). The company has stakes in four other GoM field developments that are sanctioned for future production. The Jack/St. Malo semisubmersible floating production facility is the largest of its kind in the GoM, with a 170,000 b/d oil and 42 MMcf/d gas capability.

The year kicked off with the first deepwater production in the GoM coming in January from the Anadarko-operated Lucius truss spar. The facility is in approximately 7,100 ft (2,164 m) of water in the Keathley Canyon area approximately 275 mi (443 km) southeast of Galveston, Texas. The company's eighth GoM facility (including the decommissioned Red Hawk facility) is its largest, with a capacity of 80,000 b/d of oil and 450 MMcf/d of gas.

While the oil price forecast consensus seems to indicate that global oil prices will still be depressed from 2014 record levels, there are several floating facilities that have been sanctioned previously and are expected to have first production between 2015 and 2018. The count of all floating production systems types has steadily risen to more than 300 vessels over the past four decades.

The deepest planned TLP, Chevron's Big Foot, is expected to produce oil in the second half of 2015. The facility will operate in 5,187 ft (1,581 m) of water offshore Louisiana.

Chevron's GoM program includes the development of Knotty Head and Pony fields with its Hess-operated Stampede TLP in 3,500 ft (1,066 m) of water. Development drilling will continue in 2015 with first production scheduled for 2018.

One of the planned vessels is theGoliatFPSO, operated by Eni Norge. The vessel is the fourth of a proprietary cylindrical design by Sevan Maritime. It is destined to start up this summer in approximately 1,300 ft (396 m) of water and will be the first field operation and floating vessel in the Barents Sea, above the Arctic Circle.

In addition to Anadarko's Lucius field development, it is moving swiftly ahead with the Heidelberg truss spar. The Heidelberg facility is expected to reach first production by mid-2016 and will operate in the Green Canyon area in 5,310 ft (1,618 m) of water. •