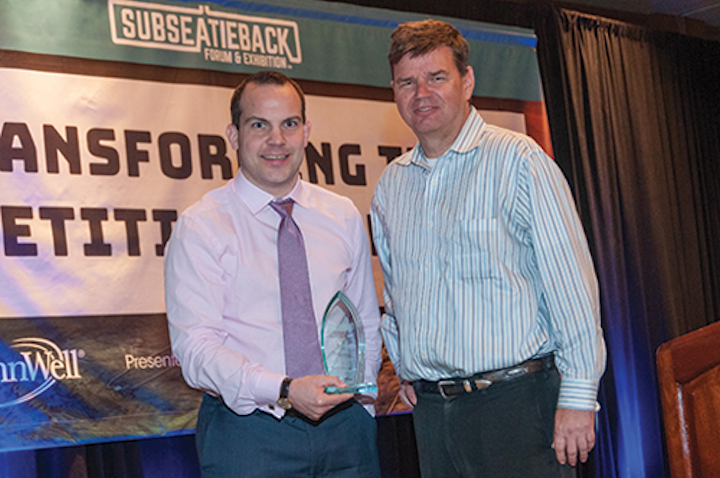 The event is scheduled for March 5-7, 2019, at the Henry B. Gonzalez Convention Center in San Antonio, Texas. It will be hosted by Shell. 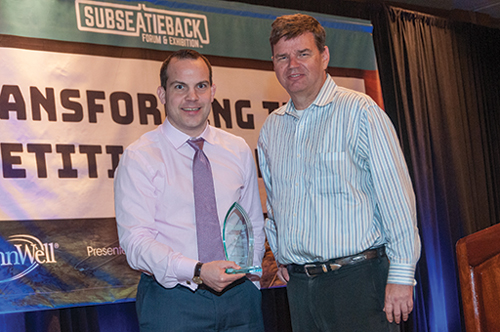 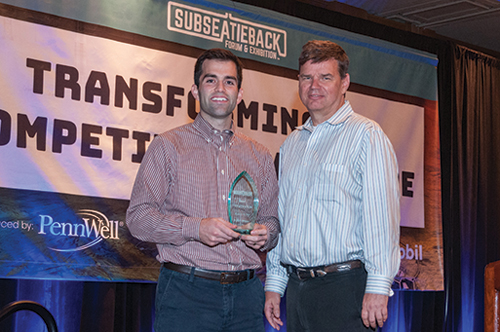 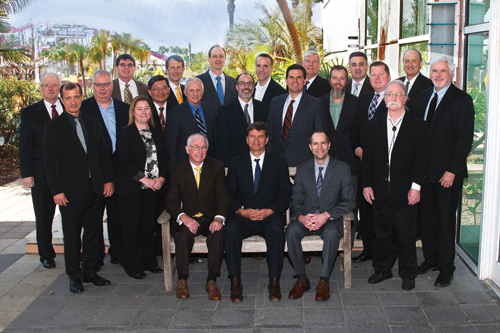 Scott Gutterman, president and CEO of LLOG, has announced his intension to retire on Sept. 1.

Nexans has appointedChristopher Guérin as CEO. 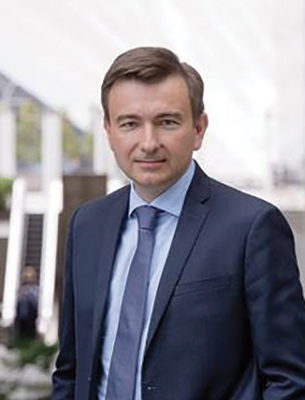 Aker BP has appointedEvy Glørstad-Clark as senior vice president Exploration and will be part of the Executive Management Team. 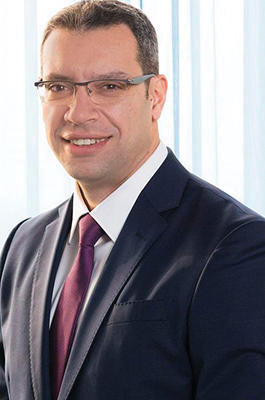 Astrid de Bréon has resigned as CFO of Bourbon Corp.

DNV GL has appointedNeil Jamieson Fraser as its new head of Noble Denton marine services in the UK and West Africa. The role will focus on marine warranty, marine advisory/assurance, technical assurance, and advanced engineering services. 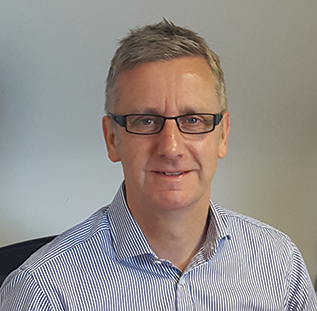 Cooper Energy has appointedElizabeth Donaghey as a non-executive director.

Hardide Coatings has appointedMark Hanania as business development engineer based in Houston.

The National Ocean Industries Association has promotedTim Charters to vice president of Governmental and Political Affairs.

Jeffrey A. Joerres has joined the ConocoPhillips board of directors. 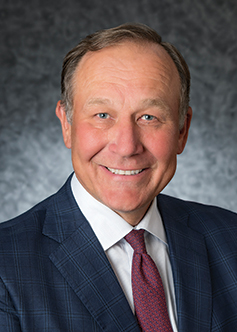 Kreuz Subsea has appointedThomas Liew as CFO and Jerry Starling as director of diving and ROV operations. 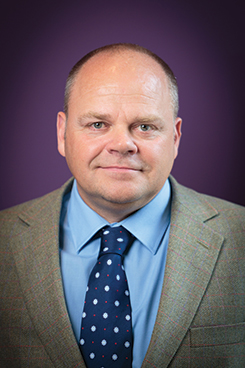 BMT has appointedRichard Westgarth as head of campaigns. 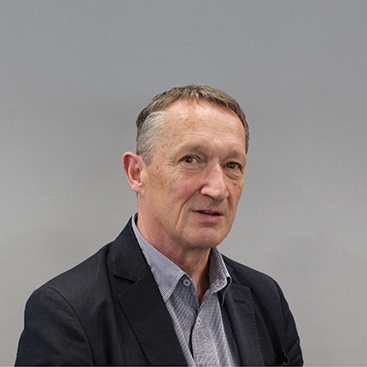 Dräger Safety UK has hiredKelly Murray as general manager of its North Sea operations base in Aberdeen. 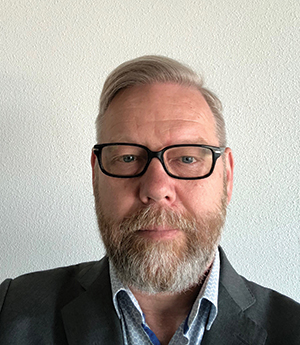 BCCK Holding Co. has hiredBob Swann as director of project management and controls. 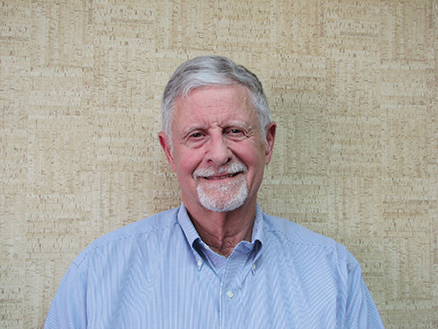 TheTidewater Inc. and GulfMark Offshore Inc. boards of directors have unanimously approved a definitive agreement to combine the two companies in an all-stock transaction. The combined company will operate under the Tidewater brand and will be led by Tidewater CEO John Rynd. Upon the closing of the combination, the Tidewater board of directors will be expanded to 10 seats by adding three directors selected by GulfMark. The transaction is expected to close in 4Q 2018, subject to customary closing conditions, including stockholder approval of the merger (by GulfMark’s stockholders) and of the share issuance (by Tidewater’s stockholders).

Total has completed its acquisition of Engie’s upstream LNG assets for $1.5 billion. These include two floating storage and regasification units.

Rolls-Royce has agreed to sell its Commercial Marine business to Kongsberg for an enterprise value of £500 million ($661 million). This follows a review of the division’s operations in January. Commercial Marine, which has around 3,600 employees, had an operating loss last year of £70 million ($92.6 million). The sale includes propulsion, deck machinery, automation and control, a service network across more than 30 countries and ship design capability. To date the division has worked on around 1,000 ships of Rolls-Royce design to sectors including offshore. Rolls-Royce’s Ship Intelligence activities, which develop technologies to enable remote and autonomous operation of commercial vessels, is also included. Via a trading arrangement, Kongsberg will retain access to diesel and gas medium-engines from Bergen Engines, which remains part of Rolls-Royce Power Systems.

Holding OOS International Group (OOS International) is teaming up with Forship Engenharia to jointly pursue offshore maintenance projects, mainly in the Brazilian region. The companies plan to provide a turnkey service combining OOS’ heavy-lift/floatel units with Forship’s FPSO maintenance offering. They have already identified a cooperation project and have submitted a joint bid.

AFG Holdings Inc. has commenced an initial public offering of 18,200,000 shares of its common stock at an anticipated initial offering price between $15.00 and $18.00 per share pursuant to a registration statement on Form S-1 filed with the US Securities and Exchange Commission.

Eni and private equity investor HitecVision have agreed to merge Point Resources with Eni Norge, and will rename the company Vår Energi AS. The portfolio of the combined group will have a wide geographical coverage from the Barents Sea to the Norwegian North Sea, with reserves and resources totalling more than 1,250 MMboe.

The 50:50 decommissioning joint venture betweenMaersk Drilling and Maersk Supply Service has been named Maersk Decom. Established in April 2018, the company offers bundled solutions for up to 80% of the decommissioning process including project management, plug and abandonment of wells, towage of floating units and removal of subsea infrastructure. Long term, it plans to provide the full end-to-end process of decommissioning.

FairfieldNodal has changed its name to Fairfield Geotechnologies (Fairfield Geo). The name change is said to reflect its strategy and continuing evolution as a provider of life-of-field technology, data and solutions. Also, the company has reached an agreement with a geophysical services company for the purchase of an additional 3000 Z100 nodes. Fairfield Geotechnologies and Ikon Science have formally signed a joint venture agreement to offer complete geoprediction services to the oil and gas industry in North America. The joint venture leverages Ikon Science’s geoprediction technology, which includes innovative workflows for unconventional and conventional reservoirs and RokDoc Ji-Fi inversion software, with Fairfield Geotechnologies’ seismic acquisition, processing, and multi-client data library. Together, the two companies will be able to offer their clients customized, high-quality geotechnical solutions designed for comprehensive reservoir characterization.

Danos’ construction service line has reached 1 million man-hours without a recordable incident as classified by the Occupational Safety and Health Administration.

CORTEC and Louisiana Economic Development have announced a $2.5-million expansion of CORTEC’s industrial coatings facility in Port Allen, Louisiana. The expansion is expected to be completed in 2Q 2019.

Kosmos Energy Ghana HC has successfully challenged Tullow Oil’s claim related to expenditures arising from termination of a drilling contract for Seadrill’s semisubmersible West Leo. The tribunal’s Final Award in the arbitration was delivered by the International Chamber of Commerce on July 17, 2018. It means that Kosmos will not have to fund its portion of Tullow’s liability to Seadrill, estimated by Tullow at around $50.8 million, and Tullow will also have to reimburse Kosmos for around $14 million plus interest, related to amounts previously paid under protest, rig mobilization costs, and legal costs and fees for pursuing the arbitration.

The latest personnel changes and company news for the offshore oil and gas industry.
Sep 1st, 2018
People on the move