Jonathan Roger will step down as managing director of Centrica Energy Upstream at the end of June. He will be succeeded by Sarwjit Sambhi. 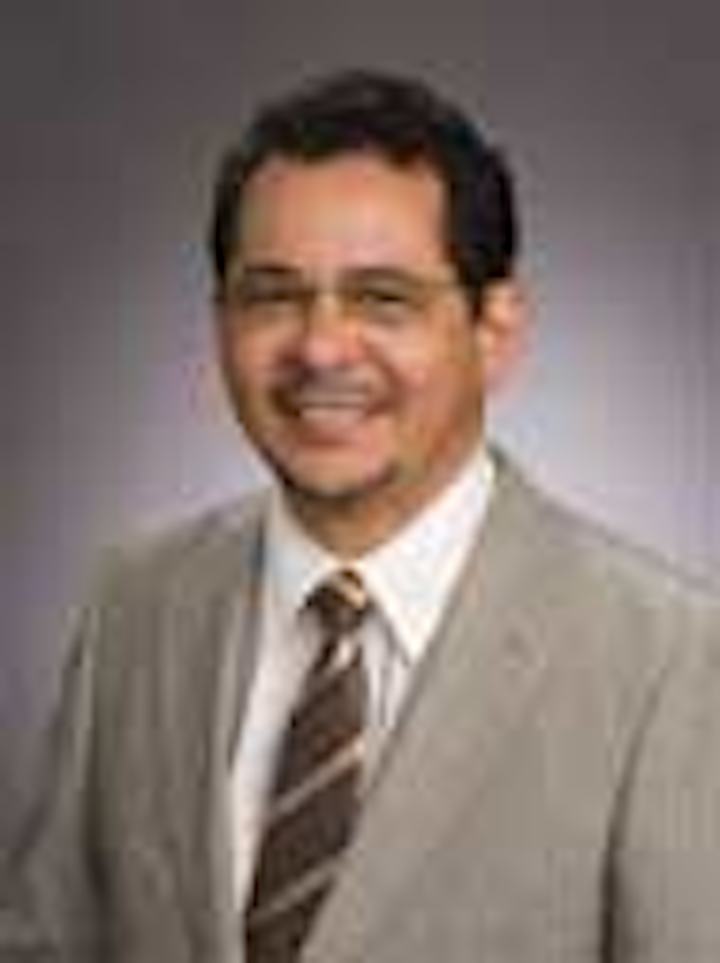 Jonathan Roger will step down as managing director of Centrica Energy Upstream at the end of June. He will be succeeded by Sarwjit Sambhi.

Mark Preece has stepped down as CEO of Reef Subsea Group. Duncan MacPherson, the current managing director of Reef Subsea Norway, will assume the interim role of CEO for the group. Mel Fitzgerald has been appointed board chairman.

José C. Grubisich has been named to Halliburton's board of directors. He will serve on the Audit and the Health, Safety, and Environment committees.

Vicki Quesada has formed her own company VQ Media Resource, which offers businesses of all sizes personalized, highly focused strategic planning, media buying, and analysis (market and competitive) on a regional and/or international basis.

Atwood Oceanics has appointedJeffrey A. Miller to its board of directors.

Rockhopper Exploration has appointedFiona Margaret MacAulay to the board as technical director.

Mike Blakemore has joined SLR Consulting to lead business-consulting growth in the oil and gas team.

The ASCO Group has appointedScott Donald as Europe finance director, Zak Fleming as Europe logistics and operations director, and David Rae as Europe commercial director. The appointments join Walter Robertson on the ASCO Europe board.

Steve Wynne has joined iSiS-Ex as an international sales manager to develop new business channels in Europe, the Middle East, Africa, and Asia.

Paul Shaw has joined Houlder as director of the marine equipment business.

Cobalt International Energy has electedWilliam P. Utt to its board of directors.

Rowan Companies has promotedThomas P. Burke to president. He will remain as the company's COO. W. Matt Ralls will continue to serve as CEO until his retirement in mid-2014, when it is anticipated that Burke will succeed him and Ralls will assume the role of executive chairman.

The board of directors of ConocoPhillips has electedGay Huey Evans as a new outside director. She will serve on the Audit and Finance Committee.

Kristian Sætre has been appointed managing director of Ulstein Verft.

2H Offshore Inc., an Acteon company, has namedGlen Jewell and Hanh Ha as additional directors of its London office. Ha's primary activity sector will be flexible riser, flowline and umbilical engineering, and Jewell's focus will be drilling and production risers and conductor systems.

James Moffat has taken up his role as CEO of Lamprell.

Randy Johns has joined FairfieldNodal as the director of new ventures.

SIGMA3 Integrated Reservoir Solutions Inc. has appointedTodd Deering as director of software quality, and David Abbott as global director of operations for microseismic and borehole seismic imaging processing and interpretation.

Troy Coker has joined American Electric Technologies as director of sales for the upstream oil and gas market.

Unique System FZE is teaming with the UK's National Hyperbaric Centre to develop a training center and training courses in the UAE.

XPD8 Solutions has been awarded contracts to provide condition monitoring services to CNR's platforms in the North Sea, Wood Group PSN on Dana's Triton platform in the North Sea, and with Hess in Equatorial Guinea.

Expro has opened a new well intervention facility in Aberdeen.

Premier Oil has awarded Bond Offshore Helicopters a three-year contract for crew change flights in the UK North Sea. The new Sikorsky S-92 aircraft will be operated under an arrangement with Bond's sister company Norsk Helikopterservice.

Greene's Energy Group has opened new facilities in Alice and Pleasanton, Texas. The facility in Pleasanton is the base for Greene's well testing and torque and testing services.

Technip has acquired Ingenium AS, a Norwegian engineering company that designs and develops mechanical and electro-hydraulic tools and equipment.

Lamor has appointed Unique System FZE as its authorized distributor for the Middle East region for the entire range of oil spill response kits.

Hydro Group has opened a new office in Singapore.

TheFerguson Group has relocated its Asian operations to a larger purpose-built facility at the Loyang Offshore Supply Base in the industrial area of Loyang, Singapore.

RigData has added an Android version to its drilling rig location mobile application.

National Oilwell Varco has completed the acquisition of Robbins & Myers.

Badger Explorer ASA has signed a sponsorship agreement with Chevron Energy Technology Co. for the development of the Badger autonomous drilling tool through the Badger Explorer Demonstrator Program. The objective of the program is to move the company's technology from the prototype stage to a viable and robust commercial product.

In 2012, more than 2,600 students from more than 300 universities worldwide benefitted fromdGB Earth Sciences' academic licensing policy. Under the academic license agreement, universities get free access to the company's OpendTect seismic interpretation software and the commercial plugins developed by dGB and its partners: ARK CLS, Earthworks, and Sitfal. dGB also started the Open Seismic Repository, a database of seismic datasets with interpretations that can be used freely under the creative commons license agreement.

GE has agreed to acquire Lufkin Industries Inc., a provider of artificial lift technologies for the oil and gas industry and a manufacturer of industrial gears, for about $3.3 billion. Lufkin will broaden GE Oil & Gas' artificial lift capabilities beyond electric submersible pumps to include rod lift, gas lift, plunger lift, hydraulic lift, progressive cavity pumps, and an array of well automation and production optimization controls and software. The transaction is expected to close in the second half of 2013.