Marius Kloppers will retire as CEO and a director of BHP Billiton on May 10, and will retire from the group on Oct. 1, 2013. Andrew Mackenzie has been named his successor. 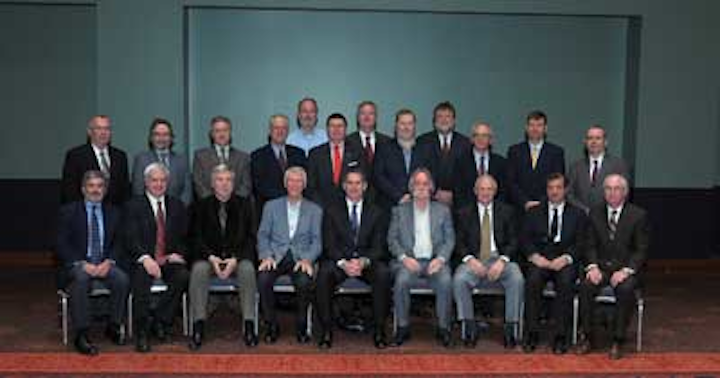 Marius Kloppers will retire as CEO and a director of BHP Billiton on May 10, and will retire from the group on Oct. 1, 2013. Andrew Mackenzie has been named his successor.

Rialto Energy has appointedRobert Shepherd as managing director, and Andrew Bartlett as chairman of the board.

Lloyd Hajdik has resigned as chief accounting officer of Helix Energy Solutions Group. He is succeeded by Marty Hall.

Randy Johns has joined FairfieldNodal as the director of new ventures.

Troy Coker has joined American Electric Technologies as director of sales for the upstream oil and gas market.

Atkins has appointedKim Weninger as operations director of its US oil and gas division.

TAM International has appointedMike Machowski as COO of the company's international operations, and Francisco Suarez as vice president of the Western Hemisphere.

Xodus Group has appointedAlistair Porter as operations director for London to drive forward business across the company's technical and commercial activities.

Dana Petroleum has appointedReidar Hustoft as managing director for its Norwegian activities.

The International Association of Drilling Contractors has presentedMike Hoyle of GL Noble Denton with its Exemplary Service Award in recognition for his contribution to new ISO Standards for the site-specific assessment of mobile offshore units.

STATS Group has hiredCarl-Petter Halvorsen as business development director, and has appointed Dave Shand as COO.

Trond Christensen has resigned as COO of Songa Offshore SE.

Enterprise Products Holding has electedRanda Duncan Williams as non-executive chairman of the board.

Bjørnar Iversen has been named president of Songa Rig AS.

CNOOC Ltd. has completed the $15.1-billion acquisition of Nexen Inc. The Calgary headquarters will continue to be responsible for managing all of Nexen's existing assets as well as CNOOC's North and Central American assets.

Aker Solutions has acquired Managed Pressure Operations International Ltd., a company that has developed the next generation of continuous circulation, riser gas handling, and managed pressure drilling systems. Aker also has confirmed that the transaction to buy a majority stake in Enovate Systems Ltd. has been closed.

Cameron has started operations of its centrifugal compression business at the Gaomi manufacturing and repair center in the Shandong province of China.

Petrofac Training Services has launched Introduction to Oil & Gas, a new eLearning course that was developed by Oilennium.

Statoil has awarded AAK a global frame agreement for dropped objects prevention services. The company will provide inspection and survey services, and will train personnel in dropped objects inspection and observation techniques to prevent dropping objects at Statoil's oil installations. In addition, Statoil has signed a frame agreement with MAN Diesel & Turbo for the supply of turbomachinery equipment and services for five years with extension options.

In the 2012 Oilfield Products & Services Customer Satisfaction Survey,Ensco received the first place ranking for total customer satisfaction among offshore drillers. In the survey conducted by EnergyPoint Research, Ensco received top honors in 10 of 16 categories including job quality; performance and reliability; technology; special drilling applications; non-vertical wells and shelf wells. The company earned the top ranking among multinational customers and was rated first internationally overall and specifically in the North Sea.

SBM Offshore has awarded a global frame agreement to Dron & Dickson for electrical inspection and maintenance services. The agreement also allows the provision of additional services such as condition monitoring and traces heating maintenance.

Tenaris says that it will build its first U.S. seamless pipe mill in Bay City, Matagorda County, Texas. With an estimated investment of $1.5 billion, the new facility will have an annual production capacity of 600,000 tons of seamless pipe.

Cameron has been named global distributor for Napier turbocharger units and parts, as well as an authorized provider of services, unit exchanges, and emissions upgrades to operating Napier units.

Iremis, Integrated Subsea Services and Andrews Survey have merged to form one group, Harkand, focused on the subsea inspection, repair, and maintenance market.

Mentor IMC Group has opened an office in Ulsan, Korea, with a further site to open in Geoge.

Logan International Inc. has opened its facilities on Cutten Road in Houston.

GE Oil & Gas has established a new technology and service center near Basra City, Iraq. In addition to being a base for the supply of pressure control equipment, the new center provides a range of services including installation and maintenance, testing, inspections, repair, and storage. Future services will include complete non-destructive testing, machine, welding and heat treatment, blasting and painting, and API certification and recertification.

Varel International has opened a state-of-the-art technology center and laboratory in Houston. The site, dedicated to the testing, characterization, and development of advanced materials for PDC and roller cone drill bits, utilizes the company's patents pending Acoustic Emissions Toughness Testing technology for PDC.

Jee Ltd. has opened its first office in London. The firm plans to create 150 jobs in the UK over the next four years, spread across its bases in London, Aberdeen, and Tonbridge. 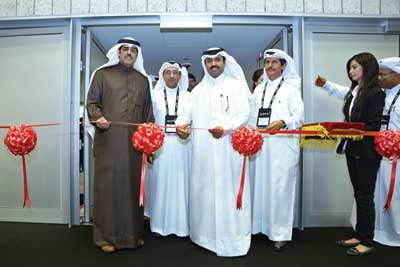 HE Dr. Mohammed bin Saleh Al-Sada, Minister of Energy & Industry of Qatar (middle) officially opened the exhibition at the Offshore Middle East Conference & Exhibition, Jan. 21-23, 2013, held at the Qatar National Convention Center in Doha, Qatar. Pictured to the left of HE is Nasir K. Al-Naimi, Vice President of Northern Area Oil Operations, Upstream, Saudi Aramco; and to his right is Mubarak A. Al-Hajri, Operations Manager - Offshore Fields, Qatar Petroleum and Advisory Board Chairman of OME 2013. The next edition of Offshore Middle East will be in January 2015, once again in Doha.