GE has appointed Lorenzo Simonelli as president and CEO of GE Oil & Gas. He succeeds Dan Heintzelman, who has been appointed vice chairman of GE. 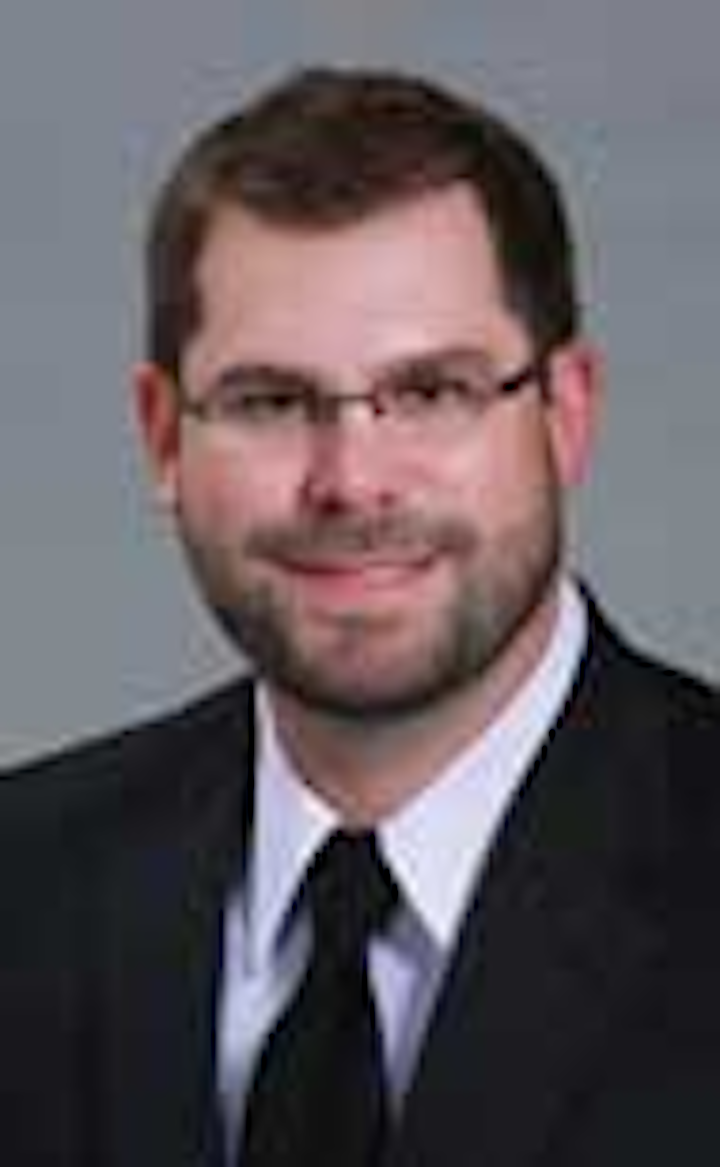 GE has appointedLorenzo Simonelli as president and CEO of GE Oil & Gas. He succeeds Dan Heintzelman, who has been appointed vice chairman of GE.

PA Resources has appointedMark McAllister as president and CEO.

Susan Carter has resigned as CFO and executive vice president of KBR.

Eric D'Argentre, Luke Farajallah, Martin Rune Pederson, Andy Samuel, and Doug Sedge have been appointed to the Oil & Gas UK board of directors.

GulfMark Offshore has electedSteven W. Kohlhagen and Charles K. Valutas to its board of directors.

Dr. Mingqiu Luo has joined Geotrace Technologies Inc. as chief geophysicist and manager of the Imaging Group within Technology.

Jorunn Sætre has joined AGR to lead the Norway Rig Team and the company's Stavanger office.

Jay Bhattacherjee has joined Aminex as CEO, and Philip Thompson has joined as COO.

Paul C. Reinbolt has retired as executive vice president and CFO of Hyperdynamics Corp. He will remain with the company through Dec. 31, 2013.

The Penspen Group has appointedPeter O'Sullivan as CEO.

The Marathon Oil board of directors has electedJohn R. Sult as executive vice president and CFO.

Karen Penrose has been named an independent non-executive director of AWE Ltd.

Guardian has hiredPatrick Keenan as CEO.

AGR has appointedPetter Mathisen as vice president of its global Software Solutions team.

Fine Tubes has appointed John Rooney as director of engineering and technology.

Erik Henriksen and Marika Svärdström have resigned from the board of directors of Noreco.

Jason Tay has been named director of Faststream Recruitment Group.

The Ferguson Group has appointedDerek Penny as corporate development director.

The competition authorities in South Korea, the US, the European Union, and China have cleared the merger betweenDNV and GL. The new company, DNV GL Group, will be the world's largest ship and offshore classification society to the maritime industry, a provider of technical assurance, and risk management services to the oil and gas industry.

Commander Drilling Technologies has been established to provide turnkey drilling and completion services in the Gulf of Mexico.

Nor-Ocean Offshore has opened its first office in Houston.

Fugro has agreed to acquire Abu Dhabi-based DCN Global LLC, a specialist in subsea engineering and diving services, mainly in the Middle East.

Layne Christensen Co. has moved into its new, permanent corporate headquarters in The Woodlands, Texas.

PetroSA has become the first company to establish what it terms a "state-of-the-art" geoscience collaboration, visualization, and technology center in South Africa. The R15-million ($1.45-million) Ulwazi (Knowledge) Collaboration and Visualization Center presents seismic and geological data in detailed, 3D views of subsurface formations. All disciplines of PetroSA's upstream asset teams use the facility to assist exploration and development of oil and gas prospects.

Halliburton'sLandmark Software and Services has acquired UReason Solution Environment for real-time analytics. The USE software combined with Landmark's existing drilling software will enable operators to capture, process, and interpret high-speed data to help better understand the causes and effects of drilling system behaviors, and to allow real-time adjustments while drilling.

Tejas Tubular Products says it plans to construct a new facility in New Carlisle, Indiana. This facility will focus on the heat treatment and manufacturing of well casing for the oil and gas industry.

Delta Rigging & Tools has been named the exclusive Redaelli distributor for both onshore and offshore in the US Gulf of Mexico region.

3sun Group has been appointed as an agent of Outreach Ltd. The contract will see 3sun Group carry out service and maintenance on hydraulic cranes and loading equipment manufactured by Palfinger, a partner of Outreach. 3sun Group also has acquired RRC Controls Services Ltd., a subsea control systems manufacturer.

Oil States International has sold Sooner and its subsidiaries to Marubeni-Itochu Tubulars America for $600 million in aggregate cash consideration.

Excalibar Minerals LLC has announced plans to add a new, fully automated 66-in. Raymond Roller Mill to its grinding facility in Corpus Christi, Texas. The new milling system is slated to be operational during 1Q 2014.

FoundOcean has opened an office in Houston.

Stork Technical Services has signed an agreement with Snap Ring Joint Ltd. in relation to the distribution and installation of the company's flagship products; the SRJ pipe connector and the TSRC pipe repair clamp.

AXON Energy Products has set up a specialist research and development facility in Team Valley, Gateshead.

Harkand has confirmed the acquisition of the main assets and business of Veolia Marine Services. The acquisition adds 150 onshore and offshore staff, three dynamically positioned multi-purpose vessels, and six work-class ROVs to its workforce and fleet.

PG Marine Group - Ing Per Gjerdrum AS has selected W&O Supply as its exclusive sales agent in the US and Canada.

TheInternational Association of Drilling Contractors has formed the Well Control Institute (WCI), a new industry body that will provide the drilling industry with a single, universal well control training and assessment standard. The WCI is expected to be fully operational by mid-2014.

ABS has formed the ABS Global Gas Solutions Team to leverage the organization's LNG and LPG capabilities. This group will work alongside owners, shipyards, and equipment manufacturers to provide a range of services to this growing market.

Ennsub has secured a 14,000-sq ft (1,300-sq m) production and office facility within the Tees Valley One Twenty scheme in the Teesside area of northeast England.

Fine Tubes has opened a new facility in Houston.

Viking SeaTech has signed a definitive agreement to be acquired by Actuant Corp. for approximately £150 million ($225 million).

Moore Industries-International has signed BBP Sales as a manufacturer's representative for Louisiana and areas of southern Arkansas and southern Mississippi.