Secretary of the Interior Sally Jewell has named former Vice Adm. Brian Salerno as director of the Bureau of Safety and Environmental Enforcement. 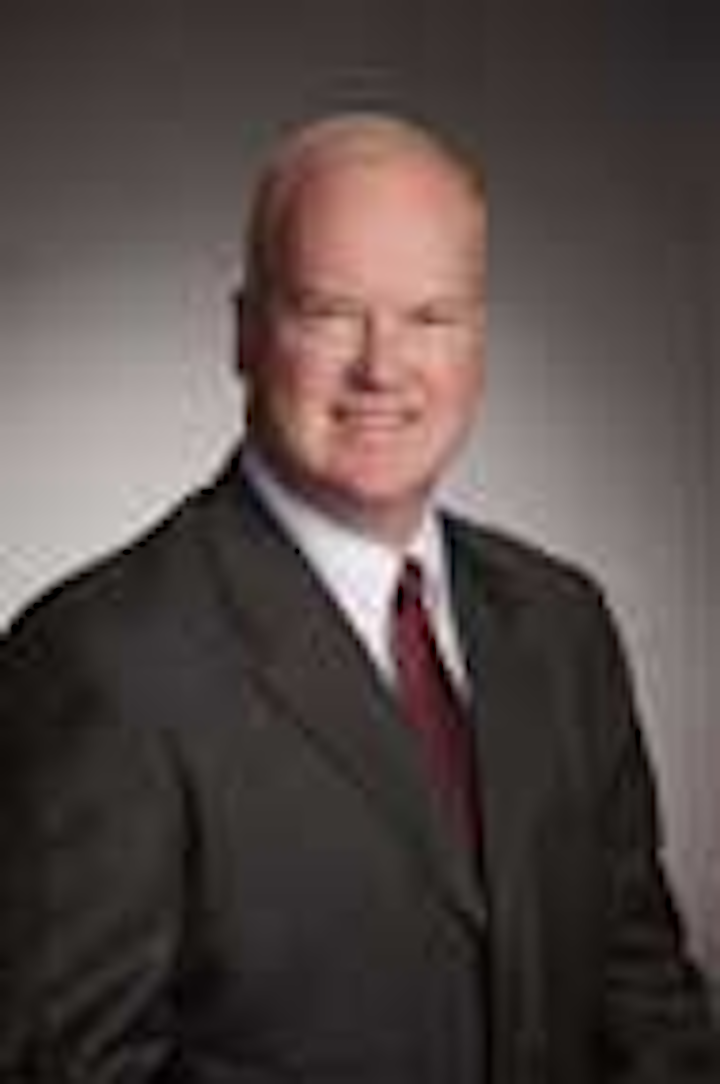 Secretary of the Interior Sally Jewell has named former Vice Adm.Brian Salerno as director of the Bureau of Safety and Environmental Enforcement.

John T. McCormack, executive vice president and COO of McDermott International, has chosen to retire after 10 years with the company.

Hydro Group has appointedGabriel Tan as technical support supervisor at the Singapore office.

Graham McKay has been promoted to COO of Unique Wellube Nigeria Ltd.

Gareth Allen has joined Oil Consultants Ltd. as business delivery and development director for the Middle East and Africa.

Survitec Group has appointedFiona MacLeod as sales director for its services UK division.

Ceona has appointedGraeme MacDougall as vice president of projects and engineering.

Sylvia Halkerston has joined the SPEX board of directors. The company has named Carole Innes business communications manager and Jacqui Duncan HR manager.

Maroun Semaan, president and executive director of Petrofac, has decided to retire at the end of the year after more than 22 years with the company.

David Bleackely has joined Petrotechnics as vice president of sales.

Steve Bullock has been appointed co-chairman of Step Change in Safety, and Alan Johnstone co-chair of the Asset Integrity Steering Group.

Per Wullf will succeed Fredrik Halvorsen as CEO of Seadrill Management Ltd.

Wendy Barnes has joined the BMT Group Ltd. board of directors as a non-executive director.

John R. Kemp III has announced that he intends to retire as Kosmos Energy's chairman, but will continue to serve in his current capacity until a successor is named.

Seatronics do Brazil has appointedThiago Montanari as sales manager.

Archer's board of directors has appointedDavid King as CEO and has elected John Reynolds as chairman.

BG Group has appointedSimon Lowth as CFO and an executive director.

James A. Watson has joined ABS as president and COO of the Americas division.

Mario Azar has been appointed CEO of the solutions business unit in the oil and gas division of Siemens' Energy Sector.

Gazprom's board of directors has electedViktor Zubkov as chairman and Alexey Miller as deputy chairman.

McDermott and Ocean Installer have reached a mutual agreement to dissolve the interim North Sea project-specific alliance the two companies entered into in December 2012. Opportunities under the alliance have not materialized and in recent months it has become apparent that the long-term strategic aims of both companies are not aligned.

Glacier Energy Services' offshore division has opened its first international base in Singapore.

Oil Consultants Ltd., a recruitment agency for the oil and gas industry, was presented with the Queen's Award for Enterprise: International Trade in recognition of its achievements in exports over the past three years.

Expro has entered into a strategic sales representative agreement in the Asian and Australian markets, through its subsidiary Expro Meters Inc. Under the terms of the agreement, KROHNE Australia Pty Ltd. will act as a reseller of Expro Meters' sonar based flow monitoring systems for upstream and midstream oil and gas applications.

ALS has entered into an agreement to acquire Reservoir Group for $533 million.

QTEC has launched a new regulatory compliance service for the US market in response to the heightened environmental focus on operations in the Gulf of Mexico. The service aims to ensure clients' drilling activities meet current and proposed legislation; that contamination, spills and other more serious incidents are prevented; and that the waste streams from worksites are suitably contained.

Acteon has completed the acquisition of J2 Engineering Services Ltd.

Clariant will open a new Center of Excellence lab for its oil services business in Kuala Lumpur, Malaysia.

FloaTEC has received ISO 9001-2008 certification for project management and engineering.

Badger Explorer ASA has sold 70% of its shares in its subsidiary Calidus Engineering Ltd. for £936,335 ($1.4 million) to Severn Glocon Group plc. Under the agreement, Severn Glocon will acquire another 15% of the shares in 2015 and the remaining 15% in 2016 on an earn-out model.

The board of directors ofNoble Corp. has approved changing the place of incorporation of the publicly traded parent of the Noble group of companies from Switzerland to the UK. The company's shareholders will be asked to vote to approve the proposed change.