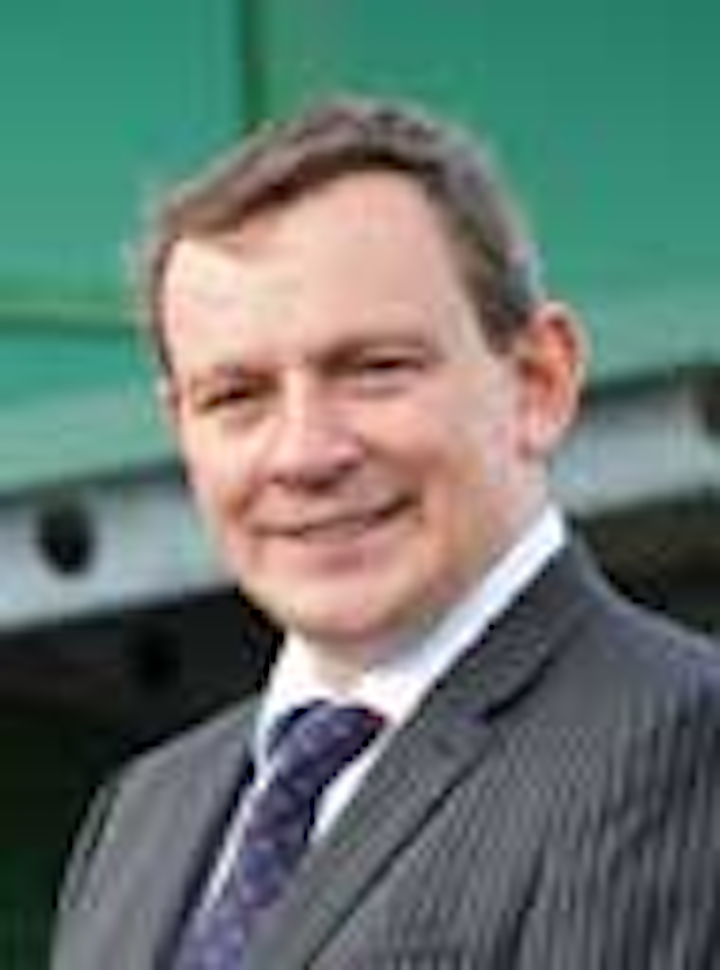 Anadarko Petroleum Corp. has promotedDoug Lawler to senior vice president, international and deepwater operations, and will join the executive committee.

Subsea 7 has appointedRicardo Rosa as CFO.

Quickflange has appointedPål Falch as sales manager for the North Sea, Thomas Karlsen as sales engineer for Norway, Roy Nedrebo as field technician, and Kristin Benjaminsen as administration and operations coordinator.

Gazprom has electedViktor Zubkov as chairman of the board of directors, and Alexey Miller as deputy chairman.

Edward A. Beaumont has assumed the presidency of the American Association of Petroleum Geologists.

Michel Moreno has resigned as chairman and CEO of Dynamic Energy Services International. Emile Dumesnil will become president and CEO.

William S. Chadwick, Jr. has retired as executive vice president and COO of Ensco plc. He is succeeded by Mark Burns.

Murphy Oil Corp. has appointedSteve Cossé as president and CEO. He succeeds David Wood, who has retired after a 17-year career at the company. Murphy's board of directors also named Roger Jenkins to the newly-created position of COO.

AGR has appointedBill Fletcher as vice president of well management for UK and West Africa.

Nina Udnes Tronstad has stepped down as executive vice president for Kvaerner's Jackets business and president of Kvaerner Verdal A/S. Senior VP Sverre Myklebust will serve in both positions until a successor is recruited.

Ashtead Technology has appointedGraham Philip as group deputy chairman. He will be primarily responsible for the instruments division. In the offshore division, the company has appointed Allan Pirie as CEO, and Mark Derry as COO.

Willbros Group Inc. has appointedMichael Lee as senior vice president of commercial services in its oil and gas segment.

Reservoir Group has namedDoug Kinsella as managing director of the new Corpro brand.

Hempel USA has acquired Blome International as part of its strategic goal to quadruple the protective coatings business.

Fairfield Energy has agreed terms for new injection of equity from funds sponsored by Riverstone Holdings LLC. Initially, Riverstone will make a $150-million equity commitment with the option of subscribing a further $200 million.

Hallin Marine has signed a long-term strategic alliance agreement with Romona Inc. for projects throughout the Russian Federation.

Allied Training Services has partnered with Maersk Training Aberdeen to provide working at height and rigging and lifting training courses to Maersk's customers.

EnerMech plans to open its first office in Mumbai, India, and a workshop and storage facility in Kakindada, Andrah Pradesh region.

J. Lauritzen A/S and HitecVision have formed a 50/50 joint venture to focus on ordering high-end semisubmersible ASVs capable of serving customers in the North Sea.

Wood Group PSN has introduced a project delivery arm to its business. The move is designed to enhance WGPSN's ability to secure and deliver large-scale North Sea projects.

InterMoor has launched MoorVision, a software system that provides clear, up-to-date photos of the infrastructure in any defined area in the Gulf of Mexico using Google Earth.

Siemens has acquired the connectors and measurement division of Expro Group.

Aker Solutions is making a $100-million investment to expand its production, assembly, and testing capacity in Brazil to support the country's rig-building plans.

Tendeka plans to move its headquarters to Abercrombie Court, Arnhall Business Park, Westhill. The company will retain its current premises in Peterseat Drive, Altens, Aberdeen, and convert them into high-end research and development, testing, and assembly facilities.

Coretrax Technology Ltd. has expanded its range of services and products with the launch of its wellbore chemical division.

Penspen has announced plans to open a new office in Mexico City.

H2O Inc. has added the Monsoon self-cleaning filtration system to its product line.

Expro has opened an operations base in Paradise, Newfoundland.

Apax Partners and JMI Equity have agreed to acquire Paradigm Ltd. for $1 billion in cash.

Rosneft and ExxonMobil have agreed to establish a joint Arctic Research Center for Offshore Developments.

Subsea 7 has won the Tremendous Training and Development Award at this year's Cherries ceremony in recognition of its innovative Engineering Conversion Program and Graduate Engineering Development Scheme.

Aker Solutions has opened a lifecycle services workshop in Songkhla, in the Gulf of Thailand.

Lukoil Engineering and Schlumberger have jointly opened the Center of Geologic Exploration Technologies in Moscow. The center was established to prepare and integrate studies of promising assets in Lukoil's license areas using advanced geological exploration technologies and equipment supplied by Schlumberger.

CGGVeritas has opened a new processing and imaging center in Melbourne, Australia.

Dron & Dickson has expanded into the Middle East market with the opening of a new base in Dubai.

Reservoir Group has consolidated all its coring activities under one brand, Corpro.

JSW Steel recently provided the editors of Offshore and Oil & Gas Journal with an informational tour of its pipe and plate mills in Baytown, Texas. Located 30 mi east of Houston, the mill first opened in 1971 to manufacture line pipe for the Alaskan pipeline project. Today, the facility is one of only three plate mills in North America capable of rolling widths of 160 in. and thicknesses up to 6 in. The mill provides line pipe to both the onshore and offshore oil and gas market.