FMC Technologies has appointed Robert L. Potter as president. He assumes the responsibility from John T. Gremp, who remains chairman and CEO. Douglas J. Pferdehirt has joined the company as executive vice president and COO. 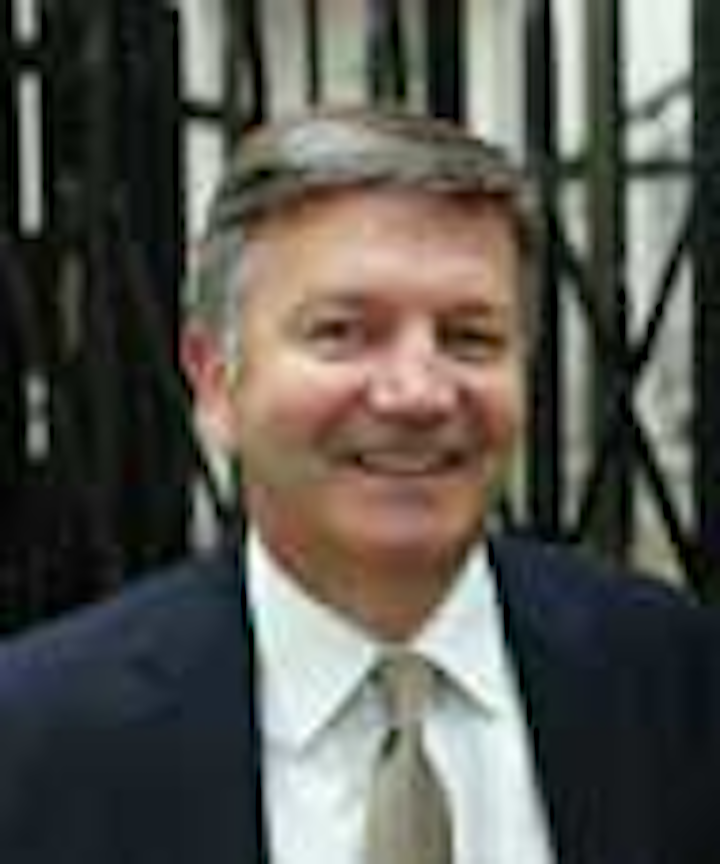 FMC Technologies has appointedRobert L. Potter as president. He assumes the responsibility from John T. Gremp, who remains chairman and CEO. Douglas J. Pferdehirt has joined the company as executive vice president and COO.

Sky Petroleum has appointedMark Rachovides to its board of directors.

S2S IMI Group has appointedAlvaro Casas-Cobaleda as integration and change manager for its logistics division.

Fluor has electedArmando J. Olivera to its board of directors.

Hess Corp. has electedSam Nunn to its board of directors.

UTEC has appointedRanald Blair as chief surveyor, and Brendan Ryan as COO.

Jorge Luiz Zelada has resigned as international director of Petrobras. CEO Maria das Graças Silva Foster has been assigned the duties of the international area director.

Michael Nofal has joined H2scan as vice president of sales and business development.

Dr. Richard Shaw has joined the Gulf of Mexico Research Initiative research board.

ESCO Corp. has entered into a definitive purchase agreement to acquire all of the outstanding equity interests of Ulterra Drilling Technologies for about $325 million in cash.

RLC has earned the Helicopter Association International 2011 Operator Safety Award. The award honors a total of more than 115,000 accident-free flight hours over the two-year period.

Cooper Energy Ltd. will acquire shares in Bass Strait Oil Co. Ltd., which will bring Cooper's total holdings in Bass to 16.7%. Cooper has committed to an additional plan that would raise the holdings to 19.9%. The companies have agreed in principle to enter a technical services agreement whereby Cooper may supply technical and commercial support to Bass.

TMK IPSCO is moving its corporate headquarters from Downers Grove, Illinois, to Houston.

BP is committing $100 million to a new program of advanced materials engineering research. The 10-year program is expected to create 25 new academic posts, 100 post-graduate researchers, and 80 post-doctoral fellows. The "hub" of the BP International Centre for Advanced Materials will be at the University of Manchester's Faculty of Engineering and Physical Sciences.

WASSP Ltd. has reached a milestone by shipping its 500th multibeam sonar system.

Senergy has moved into larger premises in Bath.

T.D. Williamson has opened an office in Kazakhstan to inaugurate its first permanent presence in the country.

Bridon has started to install the world's biggest machine for manufacturing steel wire ropes at the Neptune Quay facility in Newcastle, UK. Produced by the German engineering company SKET, the closer machine is used to form dozens of strands of wire into a single finished rope. The £10-million ($16-million) closer manufactures ropes in package weights of up to 650 metric tons (717 tons).

Reservoir Group has formed a new venture, Wellvention, combining the well intervention services of Saudi Arabia-based Nordic Well Services with those of Wellbore Intervention in the UK, and the Netherlands-headquartered The Tool Co.

Wärtsilä Hamworthy has won a contract to supply sewage treatment facilities to the Eiffage Consortium to use on Phase 2 of Total's OFON field development offshore Nigeria.

HB Rentals has completed a contract for the installation of a sleeper and recreation room onboard a vessel in West Africa.

SeeByte has opened an office in San Diego, California.

ICR Integrity has entered into a joint venture with ICC Group called IC Integrity Pty Ltd. The company will enable Walker Technical, an ICR owned business, to market its Technowrap range of products in the Asia/Pacific region.

Logan Oil Tools has invested $8 million to expand its manufacturing facilities in Houston.

Veripos Inc. has announced a formal listing on the Oslo Stock Exchange with commencement of trading in its shares as an independent company.

Champion Technologies has received industry ratings of 9.2 for QHSSE and 9.3 for training and competence from the First Point Assessment Ltd. "Verify" program.

Bardex has won an order for the initial engineering for a moveable chain jack mooring system to be installed on the new Exmar-designed semisubmersible production vessel for an LLOG development in the Gulf of Mexico. The system will comprise four moveable chain jacks, 12 chainstoppers and turndown sheaves, and two HPUs.

AGR has been appointed to advise the vice president of reservoir development at Woodside Energy.

Jaya Shipbuilding and Engineering Pte Ltd. has signed an agreement with IHC Merwede Asia Pacific that enables IHC's high-specification offshore vessels to be produced by Jaya at its yards in Singapore and Batam, Indonesia.

ABB has acquired Amarcon BV, a Dutch company that develops and markets software solutions for the shipping industry.

Oilennium Ltd. has completed a series of customized eLearning training programs for Seajacks.

ASCO has acquired the remaining 50% stake in Scrabster Port Services in northern Scotland.

At the recent Global Business Summit on Energy,Nylacast represented UK engineering by showcasing its engineering polymer solutions. Held at the historical Lancaster House, the British Business Embassy played host to a wide spectrum of global business leaders and operators who came together to witness and discuss British innovation and technology within the global energy sector. The UK oil and gas supply chain annually exports about $9 billion worth of goods and services.