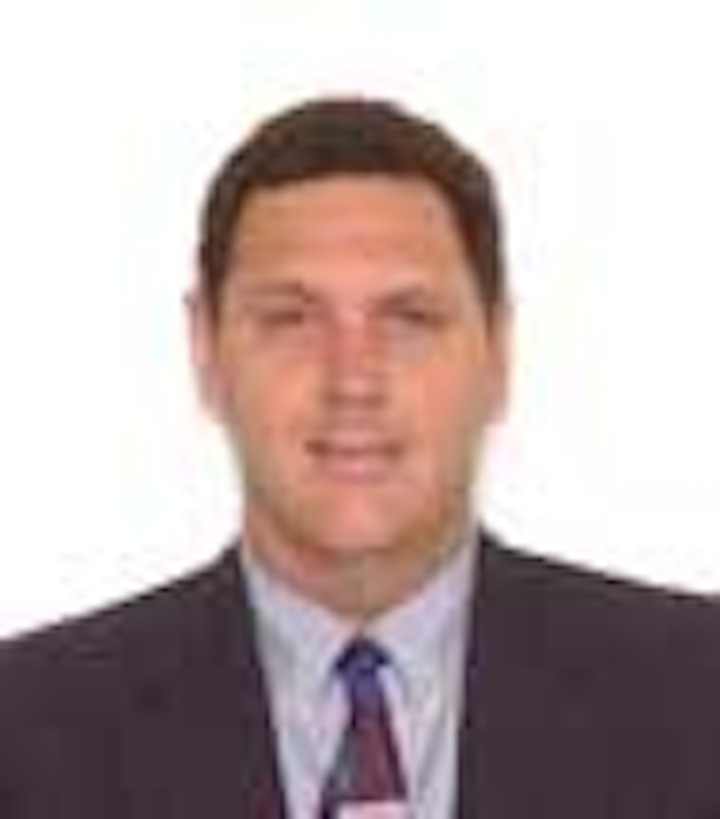 Peter C. Wallace has resigned from Parker Drilling Co.'s board of directors. He was recently appointed CEO of Gardner Denver.

LLOG Exploration Co. has namedPhilip S. LeJeune as CFO. He succeeds John Newman, who retired from the position after 11 years.

The Energy Industries Council has namedAzman Nasir as head of Asia Pacific.

Paradigm Drilling Services has appointedTony Robertson as business development manager for Europe, Scandinavia and West Africa, and Craig Martin as sales manager for the UK, Middle East, and Africa.

The Society of Petroleum Engineers has selected Petrobras CEOGraça Foster as the recipient of the 2014 Distinguished Lifetime Achievement Award.

Gazprom has electedViktor Zubkov as chairman of the board of directors and Alexey Miller as deputy chairman. The company also elected Andrey Akimov, Farit Gazizullin, Timur Kulibaev, Vitaly Markelov, Viktor Martynov, Vladimir Mau, Valery Musin, Andrey Sapelin, and Mikhail Sereda to its board of directors.

COSCO Corp. (Singapore) Ltd. has appointedLiang Yan Feng as non-independent and non-executive director and a member of the Enterprise Risk Management Committee.

Dan Hampson and Brian Russell of CGG have been awarded Honorary Membership of the Geophysical Society of Houston.

Mark Hayes has joined ProSep as general manager of the manufacturing division.

Precision Polymer Engineering has appointedMikePetzolt as regional sales manager for pump and valve applications in the oil and gas industry.

Baker Botts has appointedEdwardSchorr as a partner and AndrewBehrman as a special counsel in the firm's New York office.

Circulation Solutions has appointedZacharyGrichor to its corporate sales team in the drilling fluids division.

Halliburton has promotedJeff Miller to president.

AMEC has appointedJulianWalker as director of communications.

PMI Industries Inc. has promotedPhilZivich to manager, inside sales/customer service.

Sandvik and Tenaris have signed a new five-year strategic alliance agreement on the exclusive joint supply of corrosion-resistant alloy OCTG materials and technology.

Statoil has opened a new research center for improved oil recovery at Rotvoll in Trondheim, mid-Norway.

John Swire and Sons Ltd. (Swire) has announced that Swire Water Systems, a division of Swire Oilfield Services, will be managed as a standalone entity within the Swire portfolio of companies.

Black Elk Energy Offshore Operations LLC has entered into a purchase and sale agreement with Renaissance Offshore LLC. Under the agreement, Renaissance will acquire interests in nine fields – seven operated and two non-operated fields – in the Gulf of Mexico.

Wood Group has reached an agreement with Agility Group AS to acquire Agility Projects AS, a Norwegian engineering, procurement, construction management, installation, and commissioning company, for a total consideration of $164 million.

GlobalTubing has achieved API Monogram Licensing for its entire line of coiled tubing products. The API Monogram is a warranty to purchasers that the marked product complies in every aspect with the API product specification in effect at the time of manufacture. It also received API Specification Q1 and ISO 9001:2008 Certificates of Registration for its quality management system.

J2Subsea, an Acteon company, has agreed to represent WeSubsea products in the UK and overseas. WeSubsea manufactures a range of ROV dredge pumps.

KrisEnergy has completed its acquisition of the share capital of BMP G10, which it will rename KrisEnergy G10 (Thailand).

Vallourec Star received the 2014 Environmental Stewardship and Recycling Award at the Steel Manufacturers Association annual board meeting held in May. The company was recognized for the outstanding results achieved at its newly built water treatment facility that embraces the best practices in water reclamation promoted by the association.

Tekmar Energy Ltd. has appointed Whitman Consulting Group Inc. as commercial services agent for its products and services in the US, Canada, and the Caribbean.

TAM International has received LEED (Leadership in Energy and Environmental Design) Silver certification for the new construction of its manufacturing facility located at 6935 Pinemont Drive in Houston.

Peak Well Systems has relocated its European regional headquarters to a newly constructed office and workshop facility in Aberdeen.

Nylacast has received the Insider's Made in the Midlands "Apprenticeship and Training Award" 2014.

Trelleborg's offshore operation has partnered with oil and gas distributor TidalResources to provide ground support and local supply to the Malaysian market.

TheInternational Well Control Forum says it is investing £200,000 ($339,000) in a new center in Montrose, UK, to enhance training for its assessors and instructors.

Oilennium has doubled the size of its global headquarters in Norfolk, England, and its US office has recently moved along with Petrofac Training Services into new, larger premises in Houston.

ProSep has launched a new manufacturing service for third-party clients at its purpose-built fabrication facility on Clara Road in Houston.

Fugro has opened its new facility in the SONILS Oil Service Centre in Luanda, Angola. The facility comprises a building area of 7,000 sq m (75,347 sq ft), and it features a two-story administrative building. Attached to the office building is a warehouse facility of 2,500 sq m (26,910 sq ft) with a 20-ton (18-metric ton) overhead crane and storage space, as well as workshops for equipment testing and maintenance, a dedicated area for subsea equipment and ROV tooling, and a geotechnical laboratory.

Blue Water Energy says it will provide equity investment in Unique Maritime Group (UMG), a specialist in the sale and rental of equipment to support offshore construction and inspection projects. The company plans to use the investment to accelerate growth via additions to its rental fleet and through further acquisitions to expand its services and geographic distribution.

Marine transfer solution specialistReflex Marine has received Lifting Equipment Engineers Association (LEEA) development member status. LEEA is an authoritative representative body for the lifting industry across the globe. Having surpassed the LEEA technical audit, Reflex Marine will benefit from access to the association's training and qualifications, independent auditing and accreditations, as well as its technical advice and representation.

Skanska has renewed two contracts to perform electrical and mechanical maintenance services on offshore platforms for Petrobras in Macae, Brazil.