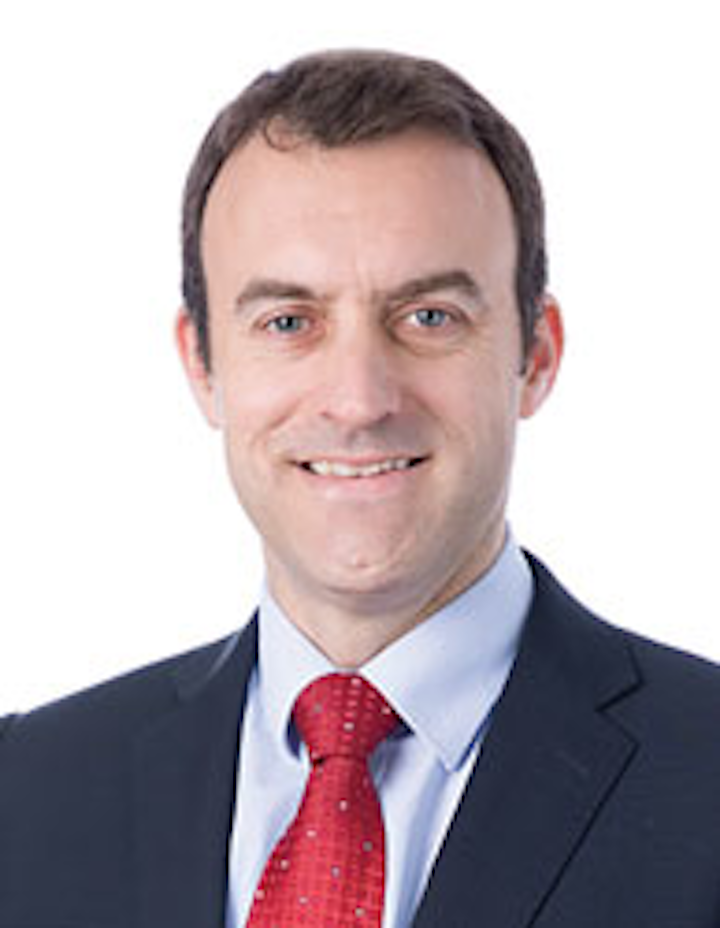 Samir Brikho has stepped down as CEO of Amec Foster Wheeler. CFOIan McHoul has been appointed into the role of interim CEO and will chair the Group Leadership Team while the search for the new CEO is conducted. McHoul is not putting himself forward for the role.

James R. Moffett, chairman of the board, co-founder, and long-time executive, has stepped down from the Freeport-McMoRan Inc. board of directors and as executive chairman. He has been named chairman emeritus. The board has elected Gerald J. Ford as non-executive chairman.

Electromagnetic Geoservices ASA has appointedHege A. Veiseth as acting CFO, following the resignation of Svein Knudsen.

ProfessorAnna Gervasonihas resigned as statutory auditor of Saipem S.p.A. She is succeeded by Giulia De Martino.

Nicky Tan Ng Kuang has joined the Sembcorp Industries board as an independent director.

Flexlife has hiredRichard Gibson as business development manager for engineering, delivery, and integrity services in the UK/Europe region.

Despite the downturn in the oil and gas market, the 2015 Deepwater Operations Conference and Exhibition, which was held Nov. 3-5, still experienced the second-highest attendance in the history of the event.

Elizabeth Mann of Shell received the best presenter award for her presentation “Perdido Subsea Caisson Challenges.” Perdido’s record- breaking depths required 1,600-hp electrical submersible pumps to produce the reservoirs. Those pumps meant that the well fluids needed to be separated at the seafloor using 350-ft deep caissons. Her presentation detailed the challenges and innovations of the project team in operating the subsea caissons. Mann is the Lead for Shell’s Deepwater Enhanced Problem Solving Team.

Jay Odom of Anadarko Petroleum Corp. received the best presentation award. His presentation “15K Riserless Stimulation and Flowback” focused on the first 15ksi riserless acid stimulation in the Gulf of Mexico. He discussed the operation as a whole, which includes planning and execution, as well as the operational and well performance results of the 15 ksi riserless stimulation, and the flowback to the host platform. Odom is a senior GoM production engineer. The annual event returns Nov. 8-10, 2016, at the Moody Gardens Hotel & Convention Center in Galveston, Texas.

TheEuropean Commission has initiated a Phase II review ofHalliburton’s pending acquisition ofBaker Hughes. This decision is a normal step in the commission’s review process, and the views expressed by the commission at this stage are preliminary only, Halliburton said. Pursuant to applicable regulations, Phase II generally provides the commission with 90 working days to review the pending transaction. The companies said they will continue to work constructively with the commission.

PA Resources has decreased its corporate organization in order to reduce its costs. The company’s cost reduction efforts entailed several organizational and management changes. The company’s London office, which managed its North Sea assets and group exploration activities, closed at the end of 2015. The corporate headquarters in Stockholm, Sweden, remains but with reduced manpower to manage completion of the sales process and to handle the administration.

Aramco Asia Japan has formed a partnership with seven inspection service providers to support the company’s engineering services operations in Asia over the next five years. The seven inspection firms are SGS, Japan Inspection Co., ABS Consulting, Bureau Veritas, Intertek, Tuboscope,and Edif NDE. The contractors will perform inspection activities mandated by Saudi Aramcoengineering standards on all inspectable materials procured from Asia, either directly by the company or through projects and joint ventures.

Alaska Governor Bill Walker has announcedFugroas the winner of the 2015 Governor’s North Star Award for International Excellence in the category of scientific exchange. The company was honored for its development of an airborne sea-ice management capability that enables ice thickness mapping, characterization, and monitoring over large geographic areas. Using a unique radar mapping system known as GeoSAR, the ice management capability is designed to reduce risk in Arctic operations.

Serimaxand Techniphave signed an agreement in principle to develop a strategic partnership in the domain of pipeline welding. The plans envisage that Technip would acquire a minority stake in Serimax. The companies will combine their expertise and will deploy the Serimax welding technology at Technip’s spoolbases and s-lay vessels. The partnership, which is subject to regulatory approvals, will include exclusive arrangements in the reel-lay welding pipeline market as well as research and development-related programs.

Trelleborg Sealing Solutionshas opened a climate-controlled swivel stack seal inspection facility for validation of bespoke seals. The facility provides a temperature-controlled environment to avoid fluctuations in the dimensions of the seals caused by temperature changes, with specialist storage racks allowing the seals to be acclimatized prior to inspection.

Churchill Drilling Toolshas opened an office in Dubai to support the company’s operations in the Middle East, North Africa, and Asia/Pacific regions.

Ashtead Technology has secured a worldwide agreement with nCentricto provide broadband communications between rigs and vessels and onshore facilities. The deal will see the company supply video streaming and data transmissions for large-scale, wireless dynamic mesh networks from its offices across the globe.

Craig International has opened offices in Doha, Qatar, and Dubai.

The National Chapter ofAmerican Association of Drilling Engineers(AADE) and the Lafayette Chapter have donated more than $76,500 to the University of Louisiana at Lafayette to go toward its Petroleum Engineering Department Equipment Fund. The fund is used to support the Mud Lab, which offers petroleum engineering students the opportunity to gain hands-on experience beyond classroom instruction. The AADE Lafayette Chapter donated $38,934 to purchase equipment such as laboratory mixers, hot plates, hand-held balances, a Garrett gas train, a permeability plugging tester, interval timers, centrifuges and other required supplies. The AADE National Chapter donated $37,638 to purchase gas porosimeters.