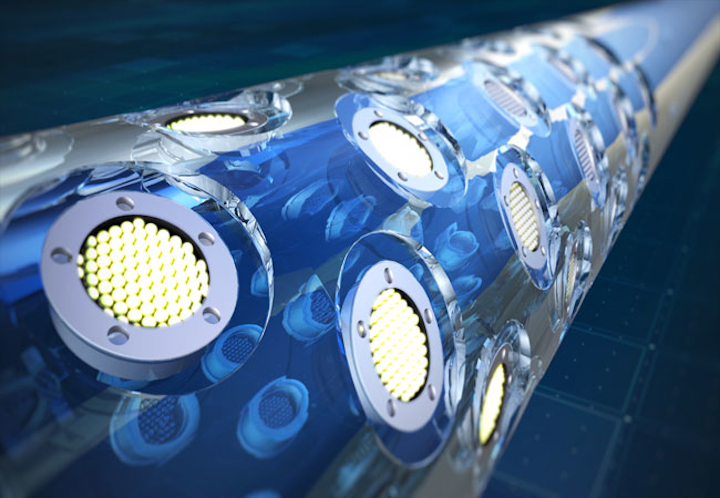 HOUSTON – Baker Hughes Inc. introduced its DEEPFRAC deepwater multi-stage fracturing service at the first day of the Offshore Technology Conference 2017 in Houston. The company said that that the new technology can save operators hundreds of millions of dollars in offshore developments through efficiency gains across the completion phase.

“Historically, operators who needed to stimulate their offshore wells were faced with complex completion operations that could take longer than a month and with costs approaching a hundred million dollars,” said Jim Sessions, Vice President, Completions at Baker Hughes. “By adapting some of the technologies and techniques that delivered game-changing efficiencies in unconventional land to an offshore service, we’ve enabled a new level of deepwater completion design flexibility and streamlined operations—all without compromising our commitment to safety and compliance.”

Typically, after a deepwater well has been drilled, the subsequent completion phase involves multiple, time-consuming steps. In contrast, Baker Hughes says that the DEEPFRAC service eliminates casing and cementing operations and simplifies fluid logistics by using ball-activated, multi-position sleeves that can be installed in open-hole wellbores containing drilling mud.

And, unlike conventional offshore systems’ complicated tool running procedures and extensive mechanical manipulation requirements, no tool movement is needed during the DEEPFRAC service’s stimulation process. The sleeve’s ball activation enables continuous pumping from the first stage to the last, cutting the lower completion phase from weeks to days.

Conventional offshore stimulation systems are often limited to only five zones or stages, and these systems lack configuration flexibility that often results in uneven treatments, and creates long sections of dead space that cover up hundreds of feet of viable pay.

The sleeves used in the DEEPFRAC service are modular and flexible, enabling placement of 20+ tightly-spaced stages across the pay zone to ensure more uniform treatments and to maximize reservoir contact.

On a recent job, the company said that the DEEPFRAC service saved an estimated 25 days rig time and $40 million on a first-ever 15-stage deepwater completion in the Gulf of Mexico’s Lower Tertiary.