Conbit has completed engineering, transportation, and installation of an emergency shelter and helideck for the BD-1 platform offshore Libya. 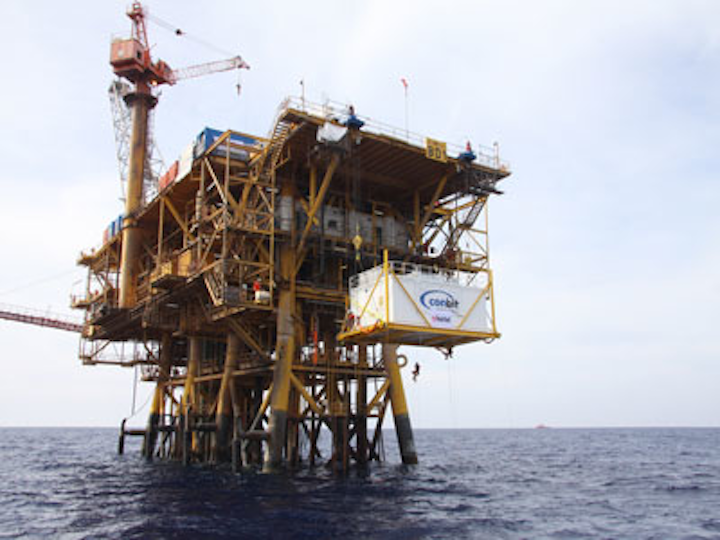 BEST, the Netherlands – Conbit has completed engineering, transportation, and installation of an emergency shelter and helideck for the BD-1 platform offshore Libya.

Mabruk Oil Operations, the joint venture between Total and NOC, was awarded the contract after ordering the facilities from a Dutch manufacturer in 2012. Conbit started work on engineering last April, using a team of structural and project engineers and draftsmen to perform a structural analysis of the platform.

Work on the transport and installation started in September 2013, three weeks before the scheduled transport date.

During the first week of October, the 130-m (426-ft) longM/V Industrial Kelly, contracted from Intermarine, collected the shelter and helideck in Rotterdam. The modules were lifted onto two levels of the vessel, which sailed to Tripoli harbor.

A Conbit team spent seven days on the BD-1 platform performing a dimensional verification and marking the locations where pad eyes were required.

Onboard BD-1, technicians began by rigging overboard scaffolding and performing initial welding activities. At the end of the first week, all winch, sheave, jacking frames, and most of the preparatory welding was completed. This was followed by another week of preparations including installation of a small forklift equipped with a small lift boom so the emergency shelter could be lifted.

At the quayside, works included welding of D-rings on the deck of theAlmisansupply vessel. Finally a 250-metric ton (275-ton) crane was mobilized for loading the shelter onto the supply vessel.

At the end of October, the supply vessel and shelter left Tripoli for BD-1 to start lifting the new module onto the platform.

According to Conbit, the first few meters are critical in these operations, as the waves cause the vessel to move up and down, a movement which is independent from the lifting configuration on the platform. Once the lift starts, the load’s center of gravity moves below the lift point, with even the slightest deviation causes the load to swing.

Due to the wave influence, the lift must begin at the top of a wave otherwise the vessel could rise and hit the load from the bottom. Also, the load could slam against the side walls of the vessel if it starts to swing.

To achieve the required speed, Conbit deployed two winches that can lift at a rate of 36 m/min (118 ft/min), with a capacity of 15 metric tons (16.5 tons). Both were operated by diesel hydraulic power, making the lifting configuration independent from the offshore platform utilities.

The final part of the lift was performed using hydraulic strandjacks mounted on custom-made jack frames, which gradually assumed the load from the lift winches until the emergency shelter was in its final position.

The helideck pancakes were shipped in two halves onboard theASSO 31. Once the vessel arrived on location, these were lifted directly onto the support frame.

The complete helideck and support frame had to be skidded into its final position, as the deck crane could not lift the pancake halves at this location. Following skidding, the work was completed.