ClearWELL has developed and deployed a chemical-free scale control technology which uses a radio frequency energy pulse to control mineral deposition and consequent scale problems. The surface mounted device is connected to the well and an electromagnetic pulsed current is injected along metal pipework to the target well tubulars. This signal induces homogenous mineral crystallization within the well fluids so that scale remains in the fluid stream and is carried downstream with the produced fluids, rather than depositing on the tubular surfaces. 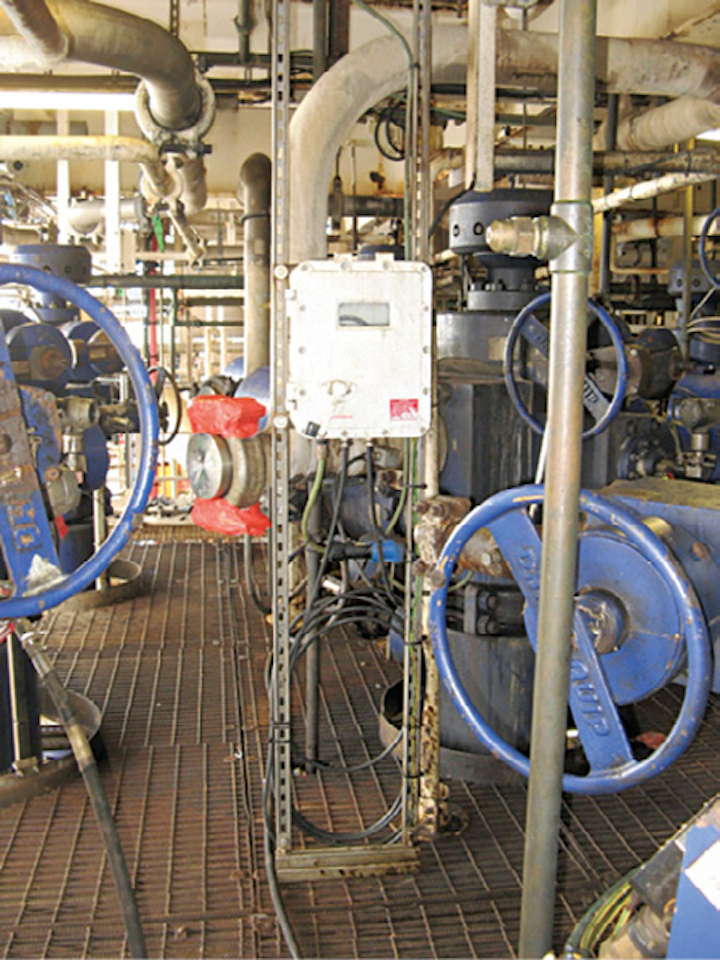 Mineral scale deposition is a common yet critical flow assurance challenge for onshore and offshore oil and gas wells. Scale deposition is responsible for multiple production and integrity challenges: wellbore and pipeline restriction; blocking valves and pumps, reducing reliability, constricting the operational capability of plant and equipment, and impacting integrity with under-scale corrosion. 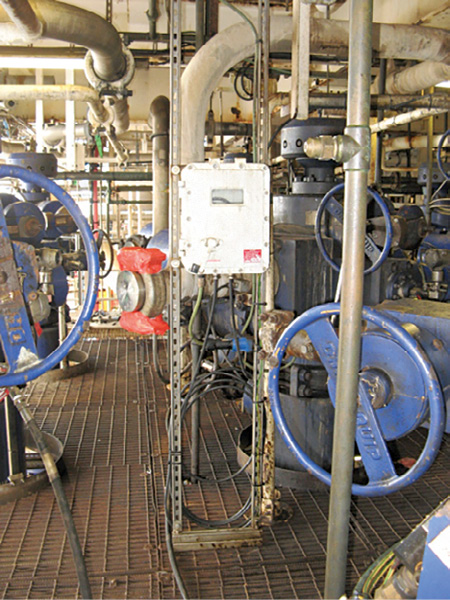 ClearWELL is a surface mounted device that is connected to the well and an electromagnetic pulsed current is injected along metal pipework to the target well tubulars. (Image courtesy ClearWELL Oilfield Solutions)

Increased water produced rates along with higher gas production are worsening current scale problems and preventative action must be taken. Common solutions include implementing mechanical intervention techniques, such as milling, drilling, or jetting. These methods can be successful ways to remove scale but often prove costly and effectiveness is patchy. A more cost-effective proven solution is using chemicals to dissolve the scale; however, success is dependent on the type of scale and the surrounding environment.

Scale remediation is costly; mobilization of equipment, direct rental costs, manpower and deferred production need to be considered. Operators try to avoid remediation for as long as possible and scale prevention strategies are a proven way to do this.

Prevention of oilfield scaling has been traditionally managed using specialty chemicals – scale inhibitors. Treatment on process systems downstream of the christmas tree can be efficient but because temperature, pressure, and mineral content constantly fluctuate, establishing the amount of inhibitor required can be tricky and constant monitoring is needed.

An alternate method of preventing scale below the tree without intervention would deliver significant value to installation operators by removing intervention cost, intervention risk, and no longer deferring production.

The surface mounted device is connected to the well and an electromagnetic pulsed current is injected along metal pipework to the target well tubulars. This signal induces homogenous mineral crystallization within the well fluids so that scale remains in the fluid stream and is carried downstream with the produced fluids, rather than depositing on the tubular surfaces.

Parts of the North Sea, such as the Danish sector, present region-specific challenges such as high produced water calcium concentration, which can lead to carbonate scaling. This proved to be the case for a Danish operator’s installation where production comes from a fixed platform in 60 m (197 ft) water depth.

Production commenced in 1999 with water injection starting in 2000. The operator had a particular challenge with one well, where increasing the pressure drop from reservoir to wellhead in order to increase production induced carbonate scaling in the well.

During a well intervention in 2011, a restriction was tagged and subsequently milled clean.

To prevent the formation of mineral scale, the well was operated within a scale free ‘envelope’ derived from an analysis of the pressure, temperature, water composition, and well architecture. The effectiveness of this envelope was monitored using regular VLP analysis modeling to identify increases in the calculated friction coefficient to ensure scale build up was identified before a resulting loss of production.

To remove the need for intervention and assure flow, ClearWELL was introduced as a scale control technology on a wellhead to treat the production tubing. To evaluate performance, multi-rate production tests were performed to establish a baseline before the new unit was installed, with additional tests running for a minimum of one a month thereafter. The operator used vertical lift performance (VLP) analysis software to track the well’s performance and predict and plan when an intervention treatment would be needed. This same method was used for flow assurance measurement with the new unit deployed.

The first set of well test data was generated after 10 weeks and indicated no more than a negligible increase in the friction term, well within the range defined as successful. The next test, four months later, again showed that the friction terms had not changed significantly. This led to the conclusion that there had been no changes in eight months, and that the electromagnetic signal generating unit was successful in mitigating against the build-up of mineral scale. Well production continued at higher drawdown without intervention required.

Upon completion of the nine-month test, this method of preventing scale deposition was deemed effective. The unit controlled scale deposition protected the production system, increased reliability of gas lift valves, ceased tubing acid washes, and enhanced production. The unit allowed production of an additional 200 b/d without the requirement of well intervention. The previous cost of annual intervention on the installation was around $4 million, which is equivalent to 10 times the cost of scale control chemicals. The unit is still in use with only one intervention treatment required in the four years since it deployed.

Setting clear success criteria and being able to measure these was a critical part of demonstrating the effectiveness of the unit. The installation now operates multiple ClearWELL units to control mineral scale, with plans to increase in the future.