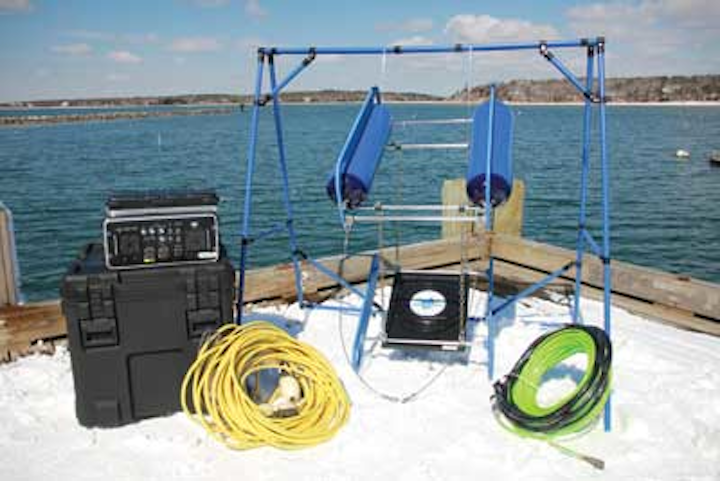 FSI's Bubble Gun Systems are suitable for small-boat shallow-water surveys. Data collected with the HMS-620 rivals that of much larger, heavier, and more expensive air-gun, boomer, and sparker systems, and its small size makes it easily deployable without the need for heavy machinery, winches, or cranes.

By adding a second transmit channel to the existing transceiver enclosure, and by synchronizing the two signal generators, FSI says it has realized significantly higher energy output, which results in much deeper signal penetration. The two Bubble Gun source transducers can be mounted together on one tow vehicle, or can be configured as two separate single-source vehicles.

All of FSI's Bubble Gun systems can be fitted with a 24 VDC power option, which allows them to be powered by lead-acid marine batteries. This means that you can perform shallow-water seismic surveys without the need for a generator or ship's power. Two deep-cycle marine batteries will allow over 10 hours of survey time on a single charge, with no generator noise, no fuel, no exhaust, and no degradation of the data.