A new program aims to advance seismic imaging by drawing on expertise around the globe. 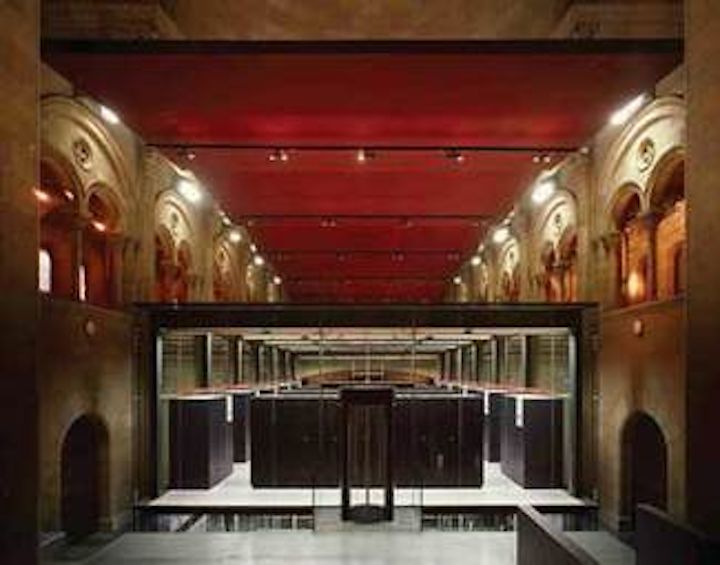 A new program aims to advance seismic imaging by drawing on expertise around the globe. The program, according to Spain’s Repsol YPF which spearheads the project, offers modeling, codes, and computational power integrated in a specialized technique called reverse time migration (RTM) imaging.

The byproduct of the program’s capability is that it will enable more reliable oil exploration in the Gulf of Mexico.

Opening the door for exploration

Oil reserves in the Gulf of Mexico are in deep and ultra deepwater more than 12,192 m (40,000 ft), or 12 km (7 1/2 mi), from the surface. Technological advances in earth imaging represent an opportunity to overcome this obstacle.

Repsol organized the Kaleidoscope Project, a partnership of geophysicists, computer scientists, and organizations from around the world to look for answers to the technological problems associated with gathering and interpreting data.

The Kaleidoscope Project’s technology is expected to reduce exploration risks in complex areas such as the GoM where thick layers of salt preclude visualization of oil-bearing sands underneath.

“The development of new geophysical technologies is an essential component of Repsol YPF growth strategy in the Gulf of Mexico,” says Ramon Hernan, Repsol YPF’s North America regional director. “We have sustained continuous growth in the area since 2002, reinforced recently by the acquisition of Shenzhi assets from BP. The Kaleidoscope Project will allow us to maximize the value of our present assets and position the company as a key player in the deep and ultra deepwater exploration in the Gulf of Mexico.”

Those assets could be considerable. The Minerals Management Service estimates that the GoM holds 37 Bbbl of “undiscovered, conventionally recoverable” oil, which, at $50/bbl, would be worth approximately $1.85 trillion.

Kaleidoscope uses new models, algorithms and one of the world’s most powerful supercomputers, called the MareNostrum, operated by the Barcelona Supercomputing Center (BSC).

“3DGeo will develop a suite of production-ready high-end imaging applications that implement the most advanced algorithms developed at 3DGeo, at Stanford, and in the industry, culminating with heretofore unimplemented cutting-edge, full wavefield imaging techniques,” says Biondo Biondi, co-founder and chief technical advisor of the company.

“Testing of these new compute intensive imaging algorithms will benefit from the exceptional computational capabilities available at the MareNostrum supercomputer center in Barcelona, and with BSC s vast experience in computer architecture and parallelization,” he says.

The imaging development effort will require extensive testing and trial runs of challenging 3D data sets. The development and testing will be conducted at the MareNostrum supercomputer center by 3DGeo personnel, working in conjunction with Repsol YPF and BSC.

RTM is recognized as a new chapter in seismic exploration. It can address the limitations of current migration methods to image complex geologic structures such as those in the GoM.

Repsol YPF has opened the book on this chapter with exclusive access to the three key components of advanced seismic imaging: the RTM codes through Repsol YPF’s relationship with the pioneers of the technology; privileged access through BSC to Cell Broadband Engine (Cell BE) based systems; and exclusive access to BSC’s research experience and the supercomputer. Repsol YPF’s integration of these components is designed to make RTM imaging a routine, cost-effective reality.

The chief impediment to the large-scale, routine deployment of RTM has been a lack of computer power. RTM needs 30 times the computing power typically used in exploration to be commercially viable.

The Kaleidoscope Project brings together the modeling, algorithms, and powerful computing power of the MareNostrum to realize the promise of RTM and to incorporate it into daily processing flows to help solve exploration problems in a cost-effective way.

Uniquely, the Kaleidoscope Project is simultaneously integrating software (algorithms) and hardware (Cell BE), steps that are traditionally taken sequentially.

The project results from the partnership created by Repsol YPF, which brings together several scientific organizations, include:

“Advancing seismic imaging to the next level of precision poses a multi-disciplinary challenge,” said Francisco Ortigosa, Repsol YPF’s chief geophysicist and project leader. “That is why we have assembled a diverse team of the best minds from industry, government, and academia for our Kaleidoscope Project.

“Kaleidoscope brings together 3DGeo’s advanced algorithms and techniques; IBM’s Cell BE based processors and supercomputing architecture; the fifth most powerful supercomputer in the world, and the first in Europe, the MareNostrum at the Barcelona Supercomputer Center; and Repsol YPF’s experience in model building. The collective knowledge base and resources of Kaleidoscope’s partners credibly promise to raise the industry standard in seismic exploration.”

“This collaboration will deliver a robust, first-to-market seismic imaging solution for Repsol YPF, well ahead of the competition,” Biondi says. “We estimate that this solution will accelerate seismic imaging by several orders of magnitude compared to conventional solutions running on standard Linux Clusters.”

“BSC offers Repsol over 20 years of experience in high-performance computing research, as well as its MareNostrum supercomputer,” says Prof. Mateo Valero, BSC director. “The innovative collaboration between a private enterprise and academic researchers has great potential to generate enterprise business advantage. Collaboration across these worlds has been traditionally limited.”

“Project Kaleidoscope builds on Repsol YPF’s long tradition of innovation in seismic imaging,” Ortigosa says. “From the beginning of our E&P activity in the Gulf of Mexico, we have been strongly committed to imaging technology. We developed an in-house processing facility characterized by a remarkable efficiency resulting from innovative integration of software and hardware. The concept is already proven. Now we are replicating this success model at a larger scale.”

Repsol YPF is an integrated international oil and gas company, operating in more than 30 countries and is the leader in Spain and Argentina. It is one of the 10 major private oil companies in the world and the largest private energy company in Latin America in terms of assets.