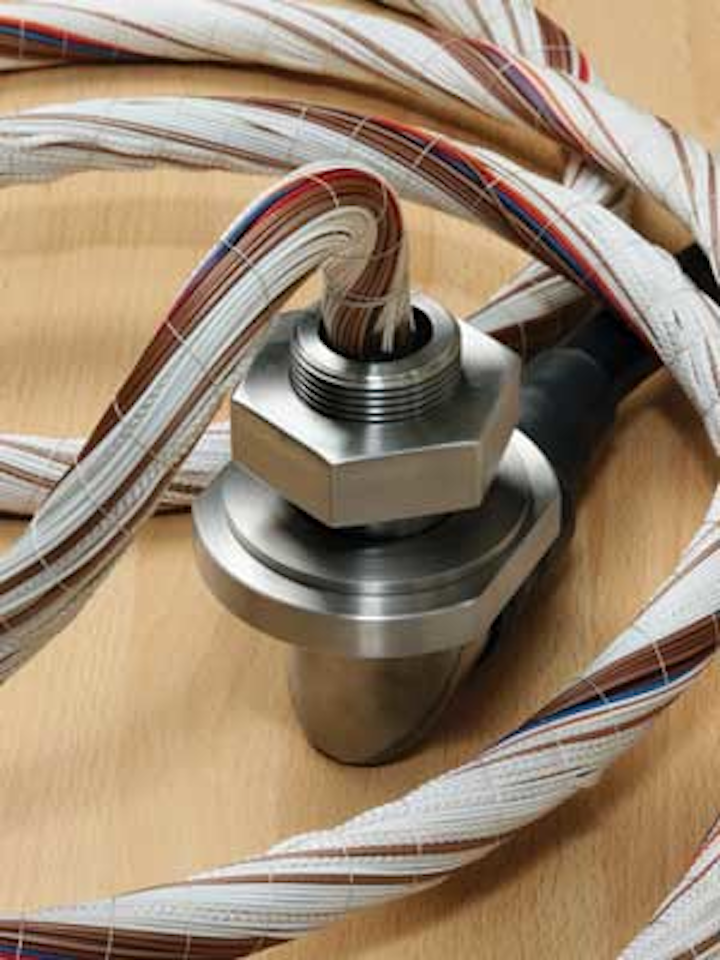 Ocean technology is taking advantage of improvements in electronics and computing to increase performance and to take on new roles offshore. These new uses include maintaining equipment such as drilling stations, pipelines and communication cables, data gathering for various monitoring and research activities, as well as security surveillance, defense and homeland security.

In proven applications such as data loggers and ROVs, signal processing and high-speed communications technology allow enhancements such as increasing the numbers of data channels supported, raising digital video quality, and improving remote control to allow more complex operations to be performed.

In addition, access to high-performance real-time electronics provides an important enabler for subsea autonomous unmanned vehicles (AUVs). These vehicles are a rapidly growing market sector, and could replace expensive equipment and crews in activities such as cable laying, offshore inspection and maintenance, subsea surveying, and exploration.

However, using the latest components to process ever-larger numbers of data-collection channels or to execute complex robotic movements under water is only part of the challenge. Building the complete system as an undersea-worthy unit capable of operating reliably at depth and when subjected to hazards such as impacts, shocks or vibration calls for specialist skills in building systems for extreme environments.

The deployable end product typically is not achieved directly "by design" but usually is completed more quickly and cost effectively by developing a working prototype to meet performance and packaging requirements. This was the approach taken by a project in which Tekdata Interconnections provided specialist post-design services to help Systems Engineering & Assessment Ltd. (SEA) complete delivery of an undersea data-gathering pod for use at depths up to 100 m (328 ft).

When Tekdata joined the project, a working prototype had been through basic tests, including immersion in water at depths to 2 m (6 ½ ft). Tekdata was asked to assess and improve the performance of the interconnections and harnessing throughout the entire pod to progress the project from prototype to production readiness.

The system comprises a large number of data gathering channels, with extensive on-board signal processing and data storage plus supporting subsystems such as power supplies. The wiring and functional modules are closely spaced within the enclosure. When deployed operationally, a hinged external array of transducers is connected to the electronics within the pod. Only basic waterproofing had been provided for the sensor interconnecting cables, using a 3-m (10-ft) length of hose potted into the array.

First the transducer assembly was analyzed using X-ray inspection, which revealed the need for improvements in waterproofing capable of performing at the specified water depth. The assembly was redesigned to incorporate five distinct layers of waterproofing to ensure that no single failure mode would break the seal.

At the points where the cable entered the pod, water-tight feed-throughs were designed and fitted – again, protected by five layers of waterproofing to ensure consistent performance throughout the entire cable assembly.

This multi-level waterproofing strategy proved its strength when a 250 kg (550 lb) metal assembly was accidentally placed on the backshell of the outer seal at one of the corners; the worst possible place. Only two of the five waterproofing layers were damaged, and the integrity of the seal was not compromised. The damaged layers were easily repaired.

Specialists were involved in the design of feed-through wiring for harsh environments. The feed-through avoids the need for a set of connectors to pass an electrical cable through a panel or bulkhead to save cost, bulk and weight, and avoids a number of assembly challenges. It also eliminates sources of electrical insertion losses. Without connectors, several potential points of failure are also eliminated. The pod placed a high demand on the number and performance of the feed-throughs; many individual points of entry were required, each protected by multiple levels of sealing capable of withstanding the external pressures at the specified operating depth.

Cryoconnect has demonstrated the performance potential of feed-through interconnects in another extreme environment: space observation projects including the Herschel Space Telescope and the Planck satellite. The feed-throughs connect enclosed sensors operating at temperatures as low as 0.1ºK (-460ºF) to non-cooled electronics via ultra low-mass cables, allowing instruments to observe radiation remaining from the "big bang," free of thermal noise, using a compact cooling system.

As a part of the undersea pod project, the transducer-to-pod cable was re-engineered to accommodate movement of the hinged transducer array without imposing excessive stress on the interconnections. This eliminates a significant point of failure, producing a more robust, long-lasting design.

An additional external transducer array showed signs of corrosion damage after initial immersion testing. The remedy was to replace the damaged flying connectors and to convert the transducer connectors to hermetically sealed feed-throughs. As a result, all opportunities for water ingress during deployment resulting in corrosion were effectively eliminated.

Bringing it all together

Development of the prototype then progressed to assembly of the internal equipment and cabling. Since the pod was designed to tight space and weight limitations, the internal units had to be fitted close together, and also close to the structural strengthening pillars placed strategically within the chassis. This left only small spaces to fit the harnesses and fiber optics. At this stage, the internal equipment and cabling had never been through so much as a trial fitting; the units had been designed independently using CAD. To complicate the challenge, all transducer wires from the potted external array had to be of identical length to prevent phase shift between transducers.

Working with limited information including schematics, connector/pin-out definitions and mechanical CAD drawings, Tekdata generated wiring schedules and specified components such as backshells and connectors that met the constraints on dimensions, shapes, and sizes. A number of custom backshells also were designed to minimize the headroom needed for connectors, and other units were modified to incorporate low-profile right angles.

Using specialist in-house wiring skills and workshop facilities to cut chamfers, add and tap mounting holes, make and modify mounting brackets and disassemble/reassemble arrays of PCBs, made it possible to position the closely spaced sub-units and to lay out the cabling neatly with clearly identifiable and traceable connections.

At this stage of the project, the integration team also remedied some defects found in COTS sub-assemblies from external suppliers. These were found to have a number of incorrect connections between earth and zero-volt rails. Having documented and verified these defects, the necessary modifications were made to separate and isolate the circuits.

Following the refinements and modifications to the pod and its cabling, the integration team was able to assemble the pod and fit the water-tight lid at the first attempt. Final updates were applied to the wiring schedule, reflecting the adaptations made during assembly. The result was that the lid fitted onto the base of the pod at the first attempt. The potted transducer array wires were all of equal length, having passed through the highly waterproofed feed-through. SEA's test engineers were able to follow the harnessing scheme easily, and subsequent testing showed the pod to be fully functional and ready for deployment at the design depth.