As many offshore installations in the North Sea and farther afield are reaching the end of their expected design life but are still capable of production, operators are spending significant capex to assure the integrity of their assets and extend their lifespans. 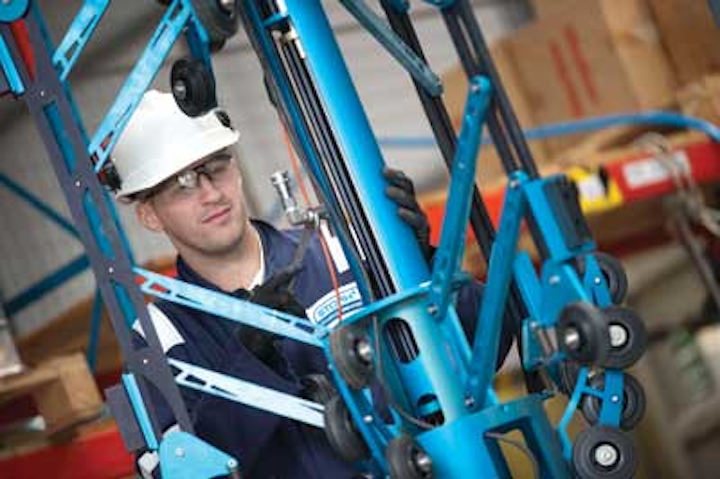 As many offshore installations in the North Sea and farther afield are reaching the end of their expected design life but are still capable of production, operators are spending significant capex to assure the integrity of their assets and extend their lifespans. More than £500 million was spent on long-term asset integrity activity in 2011 in the UKCS alone, according to Oil & Gas UK'sEconomic Report 2012.

A caisson is a relatively simple part of an asset but one which can have a devastating impact if its integrity is compromised by corrosion. Offshore installations can demonstrate caisson failure mechanisms both topsides and subsea, and therefore need to be considered as a separate entity in asset integrity management programs. If a caisson detaches, it can cause significant damage to subsea infrastructure and impair production capability, and replacement costs can be significant.

A major international oil and gas operator approached Stork Technical Services regarding accelerated corrosion inside a firewater pump caisson on one of its producing North Sea platforms. The company's cathodic protection (CP) team developed a bespoke retrofit solution which would last the extended lifecycle of the asset without requiring future maintenance or impacting production.

The principle of CP was first described by Sir Humphrey Davy in 1824. The technology has developed to a point where it can protect any type of steel-based structure immersed in seawater or buried. That is important to operators seeking to preserve the integrity of offshore oil and gas installations, vessels, and pipelines. The anodes generally used in an offshore environment contain an aluminum-based alloy with specialist additives that ensure the anode functions as planned throughout its intended design life. Strict guidelines exist as to the manufacture and testing of anodes.

Two types of CP systems are commonly used to stop or prevent corrosion to structures: a sacrificial anode-based system, and an impressed current (ICCP) system. A benefit of using a sacrificial system is that once fitted, it requires little to no maintenance. ICCP systems are effective in certain situations, such as on vessels or for onshore applications, but require regular maintenance. Due to the effort required to remove the pump string from the caisson in this situation, it was decided that a sacrificial system would be the best solution.

A sacrificial anode-based CP system, as used in this case, does not eliminate corrosion, but controls where it occurs. By electrically connecting an aluminum-based anode to steel in seawater, a galvanic cell is created, and the corrosion occurs at the anode instead of the cathode (steel); thus, the corrosion does not damage the integrity of the caisson.

The benefits of using a cathodic protection system, usually in conjunction with coatings, is that it maintains the integrity of the immersed or buried structure and protects against the natural occurrence of all forms of corrosion. An effective CP system leads to a reduction in asset damage, unnecessary maintenance, and shutdowns.

For the development of the retrofit North Sea system, the design applied existing and proven cathodic protection and corrosion principles but was specific to the offshore environment where the platform was located. The CP system was designed to protect the inside of the caisson, which was vulnerable to corrosion due to loss of coating, and which received minimal protection from the CP system installed on the jacket structure. The retrofit system was designed to be mounted on the pump string inside the caisson but electrically isolated from the pump string. Cabling from the CP anodes would connect the two structures electrically to the inside surface of the caisson, thus protecting the inner surface of the caisson. The CP system was over-designed with respect to the most common industry standard, DNV:RP:B401, with conservative current densities used to ensure it offered the best possible levels of protection against corrosion, including microbiologically induced corrosion (MIC), which was found to be causing the accelerated corrosion levels inside the caisson.

Due to specific requirements from the operator, it was necessary to design a CP system that could be easily disassembled and reassembled if required. The solution was designed to be robust, with a design life of ten years, taking into account the uniquely aggressive and destructive offshore environment.

The coatings, material, and weld quality of the anodes and brackets were tested in Aberdeen, UK. A sample of pipe was used to replicate the outside diameter of the pump string inside the caisson on the platform to which the anode and bracket sets were to be fitted. The anode and bracket sets were then installed on the pipe section to test their suitability for purpose. Following extensive and successful testing onshore, the installation was scheduled for December 2012, in line with the operator's existing maintenance plans.

Due to the nature of CP, the system must be submerged for a period of time for the system to polarize and for naturally occurring calcareous deposits to form to protect the structure. The commissioning survey will take place early in 2013 and use specialist CP survey equipment to measure the potential of the inside of the caisson at varying depths. Based on well-established cathodic protection survey requirements criteria, it will be possible to analyze the data collected to make sure the internal caisson walls are being afforded sufficient levels of CP.

Maintaining the integrity of an asset is crucial for operators as they seek to extend the lifespan of their assets and maximize production. Caisson failure due to corrosion can have a significant impact on an asset's integrity. Stork developed a bespoke solution taking into consideration all of the design requirements and the application of relevant industry standards for CP design. The final CP system will be fitted permanently inside the caisson and remain there for the intended design life of ten years. There were other specific requirements that needed addressing so that the CP system, when fitted, would not hinder production or regular maintenance of the firewater pump.