Moorings on floating production units (FPU) are safety critical systems subjected to numerous forms of degradation caused by the harsh ocean environment and more than 20 years of cyclical tension loading. 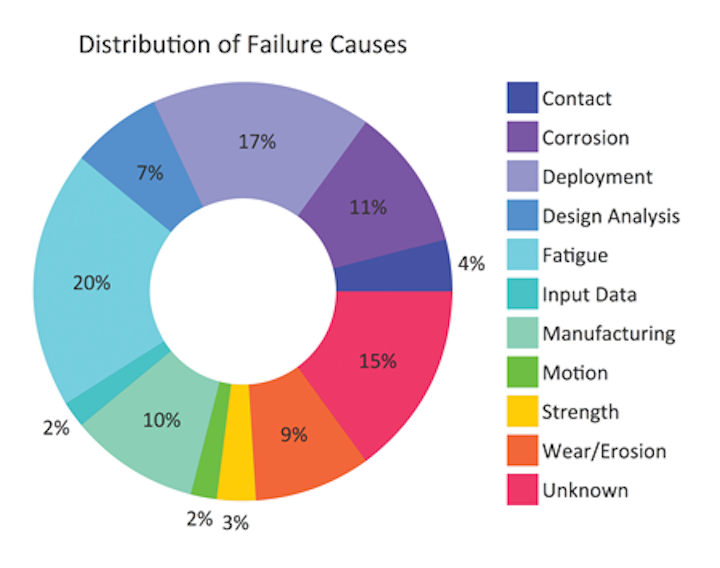 Moorings on floating production units (FPU) are safety critical systems subjected to numerous forms of degradation caused by the harsh ocean environment and more than 20 years of cyclical tension loading. The consequences of a mooring leg failure can be significant. Production may be impacted while replacement mooring leg components are procured and the repairs are implemented. While single line failures can be costly - around $3-15 million - there is a credible risk that multiple line failures could occur in severe weather, which would have significantly graver consequences.

In response to instances of premature mooring line replacement and failure, the DeepStar consortium funded a two-year study beginning in December 2013. The study was performed by the DeepStar Floating Systems Committee and AMOG Consulting.

The DeepStar survey of FPU mooring system performance shows that the annual probability of failure for a single mooring line is about 20 times higher than typically assumed in mooring codes. Furthermore, the annual rate of multiple line failure, which can result in severe riser damage, was found to be about 400 times higher than typical code requirements. The mooring failure statistics also show that the industry is currently requiring numerous pre-emptive replacements to avoid failure.

As is apparent from the pie chart depicting the distribution of line failures, fatigue is the leading failure mechanism, but the survey found that many different failure modes have occurred. This illustrates the complexity involved with managing mooring integrity.

In order for the industry to improve, it is essential that designers and operators fully consider the lifecycle risks and build mooring integrity management (MIM) into their design, operational practices, and associated systems.

The MIMG is designed to readily interface with other elements of an operator's business management system. Additionally, it is intended to be used to develop:

The guideline addresses a number of gaps in current industry guidance. For example, inspection of mooring systems is time-consuming, costly, and can expose the mooring system to potential damage. In response, the MIMG introduces a risk-based inspection (RBI) philosophy in which inspection intervals are based on component criticality. These may be controls that are put in place at design, fabrication, or installation phases. Critical components are identified early in the design process based on mooring line failure statistics and known failures, and are then monitored through the design process into the fabrication, installation, and operations phases.

For RBI to be effective, it is essential that the operator capture deviations or anomalies through the life of the mooring system. Ideally, this is started as early in the design process as possible. However, MIMG principles can be adopted at any stage during the lifecycle of the field development. The RBI approach requires a very good understanding of the possible failure mechanisms for the various mooring components and the controls that can be put in place to reduce the risk.

RBI programs are designed to optimize the number of inspections required to achieve a particular target component reliability. Similarly, the inspection strategy is adapted over time as inspection and degradation data is fed back into the process. However, RBI strategies have greater requirements placed on competency, resource, system knowledge, and background data on failure modes and predicted failure frequencies.

The objective of the MIM process, which is the series of actions or steps taken in order to achieve mooring integrity, is to manage the risk of a loss-of-position event, such as mooring line failure, which can lead to riser failure and hydrocarbon release. It also must consider how to manage the loss-of-position event once it occurs by having the necessary recovery plans in place. Accordingly, an MIM system, which manages the risk of mooring failure, must identify failure modes associated with the four root causes of structural failure:

Additionally, the MIM process has specific objectives at each phase of a mooring's lifecycle.

The MIMG recommends that an integrity management strategy be developed at the front-end engineering or design stage or earlier, and to carry verification activities further through the design and installation stages. Another key item is to consider the need for either planned or unplanned replacement of the mooring system through the design life of the facility. Consideration of these aspects at the design stage can save significant money and time in the operations phase.