Cameron has introduced the Mark IV control system, featuring a redundant, three-point of distribution design as an option for its subsea BOPs. 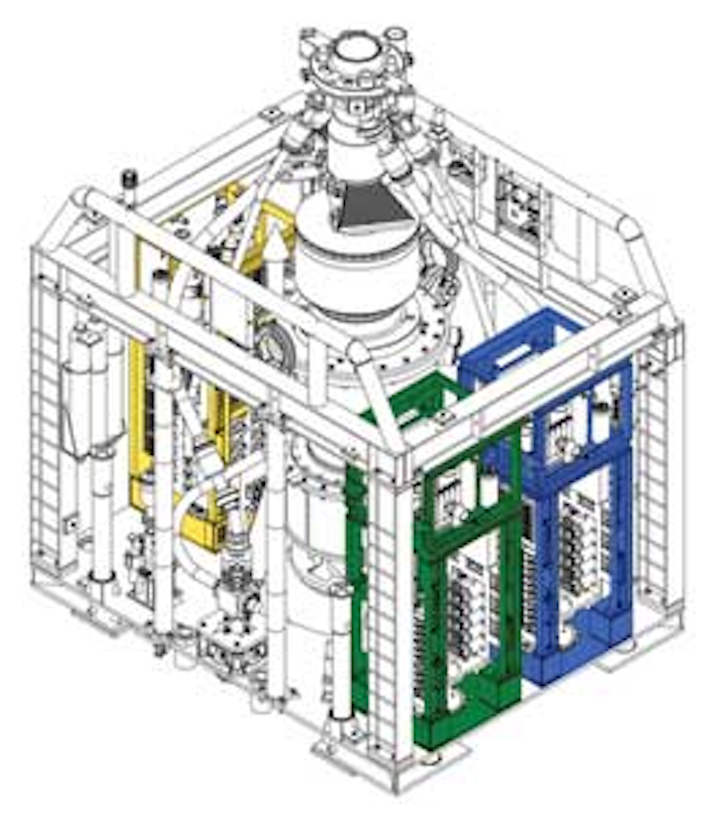 Cameron has introduced the Mark IV control system, featuring a redundant, three-points of distribution (PoD) design as an option for its subsea BOPs.

Current subsea BOP control systems use a two-PoD design, which provides a redundant spare. If the primary PoD becomes unavailable, drillers can switch to the second PoD to control their BOPs and seal the well before bringing the BOP stack to the surface for repair.

Cameron introduced the first multiplex BOP control system for subsea drilling and has developed a patent-pending three-PoD stack design, which will provide drillers with additional operational reliability through redundancy. Adding a third PoD can improve the subsea control system's availability to as much as 98%, and reduce the likelihood of a PoD-related stack pull by up to 73%.

David McWhorter, vice president and general manager of Cameron's Drilling Systems Division, Pressure Control said, "Customers have expressed concern that downtime caused by PoDs in need of repair can cost tens of millions of dollars. Adding a third PoD to our system dramatically reduces the risk of costly downtime attributed to the PoDs."