Inaugural Mexican oil and gas bid round expected in June 2015

Mexico’s National Hydrocarbons Commission intends to grant seismic permits this June in preparation for the state’s inaugural oil and gas bid round in June 2015. 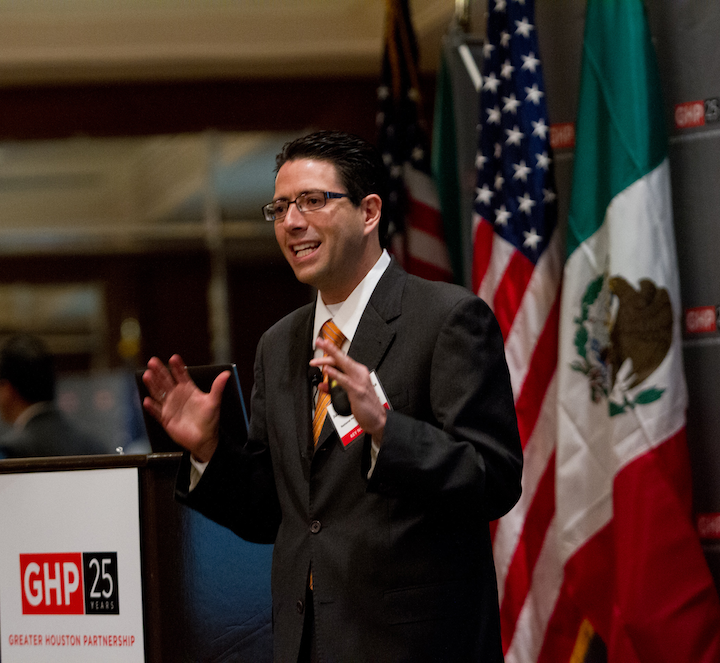 Houston – Mexico’s National Hydrocarbons Commission (CNH) intends to grant seismic permits this June in preparation for the state’s inaugural oil and gas bid round in June 2015. The bid round likely will include a mix of blocks onshore and offshore, including those in deepwater areas which are estimated to hold a combined 26 Bboe of prospective resources, Juan Carlos Zepeda Molina, president of CNH, said at a recent Greater Houston Partnership event.

The open bid round will be a milestone in Mexico’s quest to attract private investment in the exploration and development of its domestic resources, to help stabilize its production curve. Despite the state’s increasing investment in domesticexploration and development, Mexican oil production has declined from 3.4 MMb/d in 2004 to 2.5 MMb/d in 2012, Zepeda pointed out. Its proven reserves have been declining as well.

Most of Mexico’s producing fields and the areas that have a discovery or exploration investment likely will be retained by Pemex, Zepeda said. The operator has until the end of March to select the fields that it wishes to retain in a process called – Round Zero. The company is required to include exploration plans for each entitlement for a three to five-year period.

Pemex will need to prove “investment, technical, and execution capability” in order to retain its selections, Zepeda said. Mexico’s Ministry of Energy, with technical assistance of CNH, has until Sept. 17 to approve the Round Zero proposals. The areas that have not been claimed by Pemex would default to the government and could be available in a future bid round.

Meanwhile, a top priority for the CNH in the months ahead is to prove it can tailor its regime to international standards and provide sufficient transparency throughout the E&P contracting and regulatory processes.

“We want to provide certainty, stability and predictability,” Zepeda said. “I want you to feel in Mexico that we are an extension of the international oil industry.”