Petrobras has the first oil discovery on concession BM-POT-17 in the deepwater Potiguar basin offshore Rio Grande do Norte. 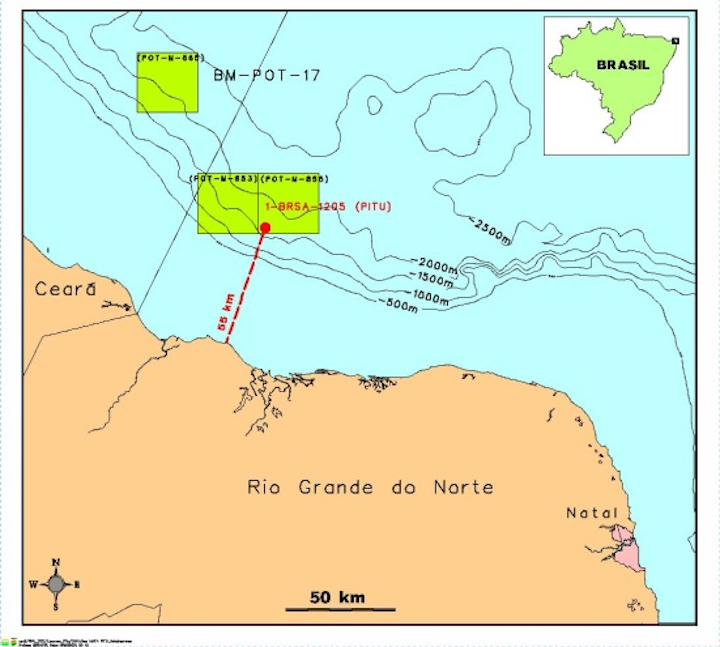 Petrobras is the operator of the concession with an 80% stake, and Petrogal Brasil SA holds the remaining 20%.

Due to a farm-out agreement, in progress, and after obtaining the approval of the National Agency of Petroleum, Natural Gas and Biofuels (ANP), BP Energy do Brazil Ltda will join the consortium, and then interests of the partners in the block will be Petrobras, 40%; BP, 40%;and Petrogal, 20%.