Petrobras has completed drilling one more well in the Santos basin presalt Franco area. The well is referred to as 3-BRSA-1184-RJS (3-RJS-723), and informally known as Franco Leste. 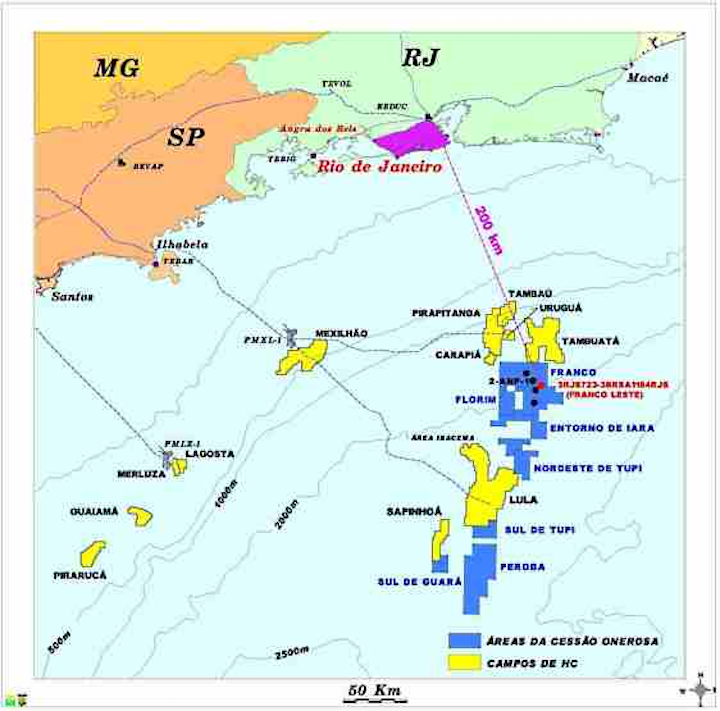 The well has confirmed the discovery of good-quality oil (28º API) in carbonate reservoirs below the salt layer starting at a depth of 5,398 m (17,710 ft). The TD of 5,900 m (19,357 ft) was reached after a 396-m (1,299-ft) column of oil was confirmed. Reservoir samples, of thicknesses similar to the discovery well, confirm the extension of these oil reservoirs for the eastern portion of Franco block, says Petrobras.

Petrobras has acquired the right to produce up to 3.058 Bboe in Franco. This exploratory phase is expected to be concluded by September 2014.