Production optimization: A question with many answers

As the offshore oil and gas industry seeks to make efficient use of its resources, engineers seek to optimize hydrocarbon production. 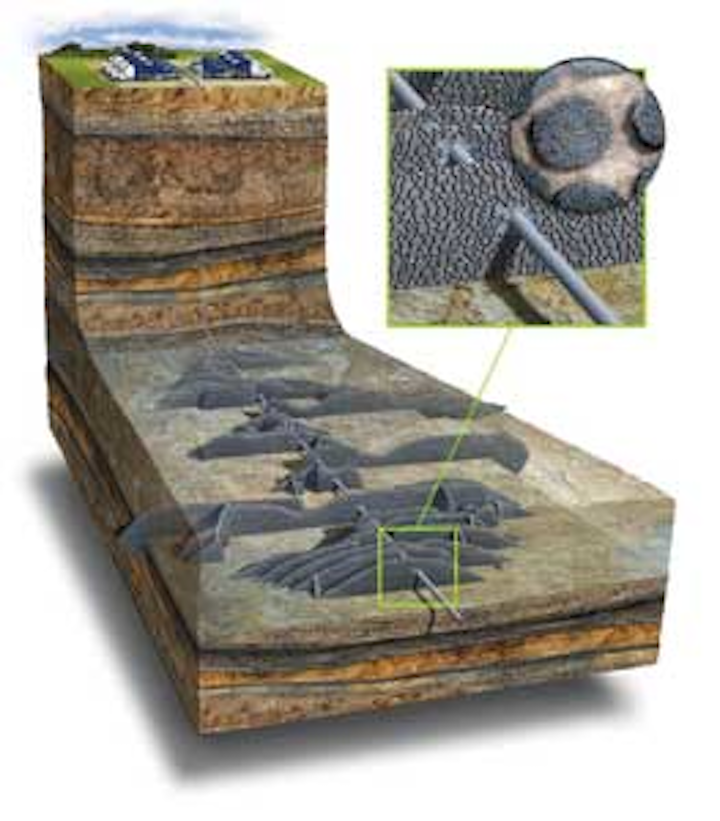 As the offshore oil and gas industry seeks to make efficient use of its resources, engineers seek to optimize hydrocarbon production. The fact is, optimized production means different things to different companies. For some it is maximum recovery factor, for others it is maximum rate of return, but for most it is return on capital employed. Just as there is no single product that can guarantee self-optimization, there is no one thing that can deliver production optimization.

This is not to disparage the hundreds of products, treatments, and techniques that improve one or more facets of production. It is to point out the well-known but little understood fact that the state of optimization varies from company to company and the cures for sub-optimal performance vary as well. There is no magic elixir.

A great part of the problem is that many operators fail to define optimized production as an achievable goal with measureable parameters. As a result, many drilling and completion plans omit critical measurements or services that impact subsequent production. Some take short cuts motivated by the desire to cut costs that result in much higher costs later in the completion or production phase of their wells. Others make fatal errors during well planning that prevent the well from ever achieving its potential.

An easy-to-assimilate example is provided by the drillers of extended-reach wells. When asked to describe the most critical part of the operation, they refer to the construction of the vertical section and the build section. "Make a millimeter mistake in the surface hole trajectory and it may cost you a mile in reaching the target," they say. The same analogy has been described by NASA engineers who have learned through hard experience that tiny errors made during the launch phase translate to huge errors in space. The lesson to be learned is that the more complex the problem is, the greater the chance that errors will be compounded in the final analysis.

Many have found that modeling complex problems helps them reach optimum solutions with the least risk because modern mathematical models allow engineers to test theories in advance of implementation to find the approach that yields the best results. Intuitively, this makes sense because each decision considers the totality of relevant information available at the time. More importantly, during the early stages of modeling, one can perform a gap analysis to identify where more information is needed before proceeding. The best problems are not the ones solved, but the ones prevented. A good model will show where a certain measurement will help solve a critical problem in the completion or production phase, and it will point out the critical piece of information that can best be provided by adding a single open-hole log measurement. Those who proceed without modeling risk finding out that a key piece of information is required that could easily have been acquired earlier before the hole was cased.

This is not to say that all possible logs should be run. It implies that modeling helps engineers determine what information will be needed before the well is placed on production and then determine the best (least costly and least risky) way to acquire it.

Financial considerations are important. To try to achieve a production goal at all costs is a fool's game. Models help engineers calculate a well's production potential, thus providing a measureable target objective. Then as different tools, techniques, or services are proposed, the net present value of incremental added production can be calculated and compared with the cost of the proposed solution. Previously an onerous task, today these calculations are facilitated by interactive reservoir models. Since the models themselves are updated with each new piece of information, their value and accuracy increases each day of the project. Many software modeling programs contain complementary financial programs that perform cost/value predictions quickly and consistently, to allow different proposed solutions to be compared objectively.

Risk has recently loomed as a major factor in all decisions - some more than others. With the cost of a single well intervention in the Lower Tertiary play in the Gulf of Mexico ranging between $30 million and $50 million, time spent trying to optimize well construction, completion, and production is time well-spent.

Solutions that have paid off

Starting with the well itself, one of the first things is well placement. Here, one of the most reliable techniques is pre-drilling structure mapping using surface seismic. Over the past few years the quality and efficiency of offshore seismic acquisition has increased exponentially. Such techniques as coil-shooting allow operators to acquire high-density, high-quality data in less time using fewer boats. Massively parallel seismic processing has given operators answers in a fraction of the time previously required. The 3D seismic map is the cornerstone of an accurate reservoir model. Permanent seabed sensor arrays remove many barriers to the acquisition of high-quality time-lapse (4D) seismic, which is so valuable during the production phase. Despite their perceived high up-front cost, seabed arrays have proven to quickly pay for themselves in subsequent surveys. One operator was able to relocate 20 previously-planned wells in an ultra-deepwater play that would have been unproductive without the added seismic analysis. Return on investment in that case alone was more than 30-fold. Breakthrough developments in cross-well tomography are emerging that allow operators to evaluate not only what is in their wells, but what is between them. This can dramatically reduce development risk.

Companies that invest in geosteering have a better chance to place their wells in formation sweet spots than those who try to extrapolate log data from a vertical pilot hole or an offset well. Early in the development of geosteering, it became obvious that huge benefits could be obtained using logging-while-drilling boundary mapping technology to drill right below the cap rock to access millions of barrels of attic oil that would have been left behind. Not only did the technique keep the wellbore trajectory in the reservoir, it avoided drilling up into potentially unstable shales. In drilling thin beds, economic forecasts showed that reservoir coverage had to exceed 90% in many cases for the well to be profitable. As has been documented many times, geosteering provided that capability.

An invaluable help in critical decision making are the Real-Time Operations Centers (RTOC) offered by several service companies. At the RTOC, experienced engineers and directional drillers collaborate with operators' engineers and geoscientists to assimilate new information streaming in from the well site and to correlate it with the current version of the earth model. This time and money-saving service enhances the quality of, and confidence in, decisions where time is a critical factor.

Completion design has taken a giant leap with the ability to model both the reservoir quality and the completion quality. Then, the information can be used to precisely place perforation clusters for maximum stimulation efficiency and subsequently improved well performance. And a new channel fracturing technique involving scientific combination of proppant selection, fracture fluid design, and pumping schedules has resulted in completions with production improvements ranging from 10% to 40% depending upon the formation stimulated. In one play, an average of 65% production improvement was obtained. Additionally, the new technique has reduced proppant and water use by 28% and 53%, respectively. As one might expect, the key to achieving these results was pre-job modeling that enabled a superior treatment design.

Offshore, particularly in deepwater, flow assurance technology plays a key role in sustained production. To ensure that the right kind and amount of flow assurance technology is deployed, engineers acquire fluid samples and test them to analyze performance under reservoir conditions. They measure formation pressure, fluid mobility, and characterize formation fluid looking for indications that wax, scale, hydrates, or asphaltenes might come out of solution to impair production. Among the solutions are treatments that can inhibit the formation of these materials, or alteration of the production environment to keep produced fluid above the threshold of the materials' precipitation. Similar modeling techniques provide solutions for sand management, conformance, and corrosion. The better the problem is understood, the easier it is to design and implement a prevention technique.

Prevention is a key word. The cost to solve a problem can be extreme, but the costs of preventing the problem from occurring in the first place can be reasonable in comparison.

How to tell a true optimization tool from snake oil

Without a model or without modeling capability, it is difficult to separate true production optimization solutions from hyped-up gadgetry. Models help take the subjectivity out of the choices. Models help engineers relate the benefits of the proposed solution to the actual problem. Since models can be customized to fit each operator's physical and financial constraints, they can give an appropriate answer to each user. The same solution may differ from operator to operator, from play to play, even from well to well in its ability to affect ultimate productivity. Depending upon the operator's business strategy, "optimal" may mean long life, or it may mean high initial rate, or it may mean low operating cost. In any case, the choices should never be the result of a wild guess. Without a viable model to put everything in perspective, the result of key decisions could be as random as the guesses.

Some may think that service and technology suppliers are just trying to sell their products, and they are, but among those products are ones that can turn a well into a significant success. Over the years, the most consistent success stories are told by those who have made informed decisions to take advantage of appropriate technology to improve their return on invested capital. They are the ones that have taken the time to study objectively the situation at hand, the potential barriers to a successful completion, the probability that a certain solution will improve productivity, and its cost. Only when positive benefits are indicated should the proposed solution be implemented.

Walk down the aisle of your local pharmacy. You will see dozens of remedies for dozens of ailments. Most likely only one or two are appropriate for your specific ailment given your personal condition, allergies, and budget. Your physician has built a "model" of your health status and is best equipped to help you find the best, most effective cure. Fortunately, the type of cough medicine you choose is rarely a life or death decision. However, when you encounter a decision that could mean the life or death of your company's multi-million dollar investment, you may want to take a hard look at each proposed cure before you decide to apply it to optimize your production.