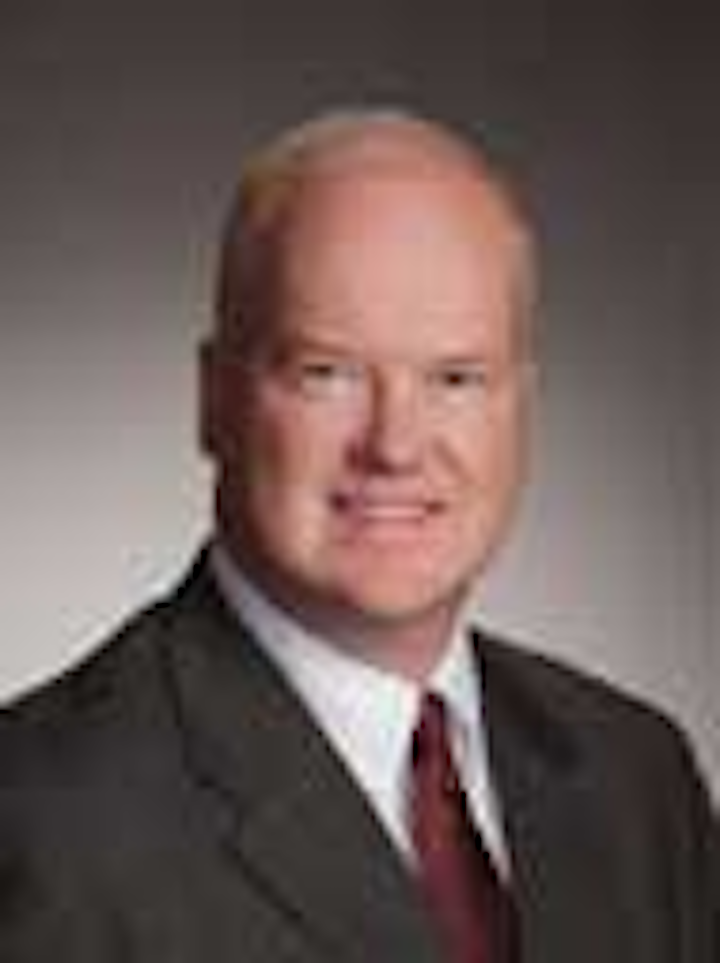 Gulf Island Fabrication Inc. has appointedKirk J. Meche as president and CEO. He succeeds Kerry J. Chauvin. John P. Laborde will assume the role of chairman of the board.

DNV has appointedStefan Nerpin as group vice president of communications and external relations for the DNV Group.

Donald D. Humphreys, senior vice president and principal financial officer of Exxon Mobil Corp., has announced his intention to retire on Feb. 1, 2013, after more than 36 years of service.

Deloitte has namedJohn England as the new leader for its oil and gas sector in the US.

Samson has appointedJoe Mazzacano as vice president of sales and marketing.

Origin Energy has appointedBruce Morgan as an independent non-executive director.

Oil & Gas UK has appointedOonagh Werngren as operations director. She succeeds Paul Dymond, who is retiring after 10 years of service.

Joanna Riddell has joined McGregor Consultants as senior consultant advisor, and Mike Zanre has joined the company as contracts manager.

Woodside has appointedFrank Cooper to its board as a non-executive director. Erich Fraunschiel, who has served 10 years on the board, will retire on Feb. 28.

Schlumberger has acquired GeoKnowledge, a software company with the GeoX suite for exploration prospect risk, resource, and value assessment.

Drilling Info Inc. has acquired the assets of Wellstorm Development Inc., an information management and development company based in Dripping Springs, Texas.

SOS International has partnered with Al-Essam Group of Iraq and Milio International of Dubai to form Iraq Oil Technology. Headquartered in Baghdad, the new venture is an energy supply, infrastructure, exploration, logistics, and trading company established to serve the needs of the international business and diplomatic communities in Iraq.

Kongsberg Oil & Gas Technologies AS has acquired Apply Nemo AS, an independent supplier of advanced engineering services, products, and solutions for subsea oil and gas applications. The company also has entered into an agreement to acquire Advali AS, a software development services provider.

Freeport-McMoRan Copper & Gold Inc., Plains Exploration & Production Co., and McMoRan Exploration Co. have signed definitive merger agreements under which FCX will acquire PXP for approximately $6.9 billion in cash and stock, and FCX will acquire MMR for approximately $3.4 billion in cash. Pending shareholder and regulatory approvals, the mergers will take place in 2Q 2013.

Premier Oil has awarded TWMA a $3.2-million contract to dispose of drill cuttings and associated materials from a drilling program in the UK central North Sea.

Varel International has opened a state-of-the-art technology center and laboratory in Houston, which is dedicated to the testing, characterization, and development of advanced materials for PDC and roller cone drill bits.

Samson has announced plans to expand its Ferndale, Washington, manufacturing facility and corporate offices. The new space will increase the facilities of the research and development department while providing additional lab and manufacturing space.

Senergy and the University of Aberdeen have signed a memorandum of understanding to cooperate in supporting the further development of the university's exploHUB training center.

OFS Energy Fund, CSL Capital Management, and other strategic investors have successfully completed the purchase of a majority of Rotary Drilling Tools.

InterMoor, an Acteon company, has opened its new mooring equipment yard at the Loyang offshore supply base in Singapore.

Cargotec has secured a new contract from an international owner for a comprehensive MacGregor module handling equipment package.

PetroSkills has acquired the training and consulting businesses of John M. Campbell & Co.

Hatenboer-Water has opened a branch in Singapore.

3sun Group has launched its new Great Yarmouth headquarters following a £500,000 ($804,000) investment into the facility.

Petrotechnics has partnered with the University of Trinidad and Tobago to create sustainable safety training solutions for offshore workers in the region.

Swire Oilfield Services has officially opened its new £4-million ($6-million) global headquarters in Aberdeen, UK. The company has also established an office in Kuala Lumpur, new supply bases in Malaysia, an additional supply base in Maura, Brunei, and is completing construction of new operational support facilities in Karratha, Australia.

Damen Shipyards Group has opened an office in Stavanger, Norway.

Bibby Offshore has opened a project engineering center in Liverpool, and employed five subsea engineers to remotely support its core business in Aberdeen.

InterMoor UK Operations, part of Acteon's foundations and moorings business, has operated for more than five years without a lost time incident.

Unique Maritime Group has acquired 100% of the shares of Unique Wellube FZC, a provider of offshore topside and subsea engineering services in the Middle East and elsewhere.

Apache Corp. has contracted ATR to supply portable lifting equipment and rigging lofts across assets in the UK North Sea. The £2.25-million ($3.65-million) contract is for three years with a possible two-year extension.

GE's Oil & Gas Subsea Systems business has announced plans to open a new subsea center in Bristol at the Aztec West Business Park. The facility will create 200 new jobs in 2013. GE Oil & Gas has been expanding its existing facilities in the UK. More than £620,000 ($1 million) has been spent on modernizing the Master Control Station workshop and Subsea Electronics Module at its Nailsea facility.

James K. Dodson passed away on Nov. 29, 2012, from complications after heart surgery. He was 87 years old. In 1966, he formed his own oil company and drilled wells in West Texas and Oklahoma, which led to the formation of the family business, James K. Dodson Co. In the early 1970s, Dodson invoked the Freedom of Information Act requesting public data for wells drilled offshore in the Gulf of Mexico, which resulted in the creation of the Public Information Department of the US Mineral Management Services.

Jeff L.Wolfe passed away on Dec. 2, 2012, after succumbing to injuries he sustained in a serious single vehicle motorcycle accident in November. He was 50 years old. Wolfe served in the US Coast Guard for 27 years and retired in June 2008 as Lieutenant Commander. He was a private consultant for the oil and gas industry, founder and CEO of Offshore Solutions LLC, and part owner of Total Maritime Services. LLC.