The Offshore Technology Conference, the largest assembly of offshore drilling, exploration, production, and environmental protection experts, reached a 30-year high of 89,400 attendees for the recent 2012 edition at Reliant Park in Houston. 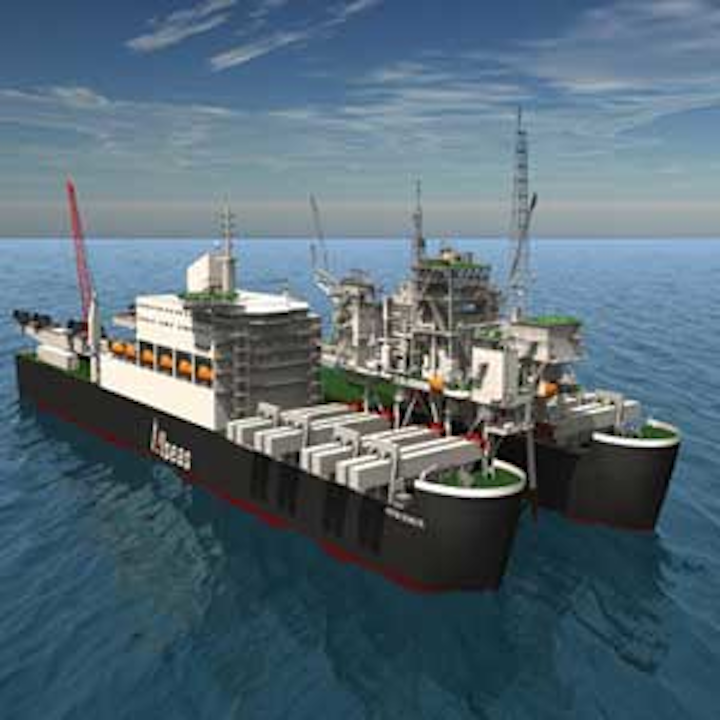 The Offshore Technology Conference, the largest assembly of offshore drilling, exploration, production, and environmental protection experts, reached a 30-year high of 89,400 attendees for the recent 2012 edition at Reliant Park in Houston.

More than 2,500 companies from 46 countries exhibited products, services, and technologies to further advance the development of offshore resources. While many technologies and products were introduced at the event, 13 new, innovative, and proven technologies received a Spotlight on New Technology Award.

New technologies and products were on display for the offshore drilling market. GE Oil & Gas introduced its next-generation blind shear ram. Designed for use in GE's 18 ¾-in. ram BOP, the patent-pending blind shear ram can both shear and seal after cutting 6 5/8-in. tool joints. The rams were tested successfully to 15,000 psi after cutting the tool joint. Centralizing arms are designed to allow successful shearing of buckled or offset pipe, and modifications to the block and blade allow greater force to be applied without damage.

GE also showcased its new MaxLift 1800 pump system, which the company says paves the way for dual-gradient drilling (DGD) in deepwater. DGD can reduce the impact of the water column on deepwater drilling. To achieve a dual gradient, flow from a well being drilled is diverted to a MaxLift 1800 pump located above the BOP where it pumps the return drilling mud to the drilling vessel in an auxiliary line. The new GE pump can deliver up to 1,800 gal/min at discharge pressures up to 6,600 psi and can handle solids up to 1.5 in. DGD helps manage a narrow pore pressure/fracture gradient hole.

ECD occurs when friction in the well from circulating drilling mud and fluids during cementing operations results in increased bottomhole pressure, which can cause challenges in well integrity and safety. Halliburton's Low ECD Solution is designed to:

New technologies and products were featured for the subsea market. Proserv displayed its next generation subsea cutting tool, which the company says provides complete well severance and reduces in-well operational time by up to 50%. The multi-string cutting (MSC) tool is a customizable internal multi-string conductor cutter that is about 3 m (9 ft) in length and 20 cm (8 in.) in diameter.

A number of new products and services for the offshore production and operations market were also featured at the show. Dresser-Rand introduced several magnetic bearings that integrate the control system with the actual bearing structure for use in compressors, pumps, electric motors, blowers, and fans. With a variety of frame sizes in both radial and thrust configurations, Dresser-Rand says these magnetic bearings eliminate the need for lubrication, offer no mechanical wear or friction, and can be tailored to optimize performance. These bearings also can reduce footprint and weight to save capex on platform and FPSO construction.

The company also unveiled the DATUM I Integrated Compression System (ICS) that is engineered with centrifugal separator technology incorporated on the compressor rotor for efficiency and compactness. The system uses centrifugal force to separate oil, gas, and water from the flow, says Dresser-Rand, and this protects the compression flow-path from potential damage by removing free liquids from the gas stream.

DSM Dyneema introduced a permanent deepwater production facility mooring rope. Developed in conjunction with Lankhorst Ropes, at about 40% of the weight and 75% of the diameter of polyester ropes, ropes of Dyneema's high-modulus polyethylene (HMPE) fibers can install as much as twice the length of rope from a standard winch, the company says.