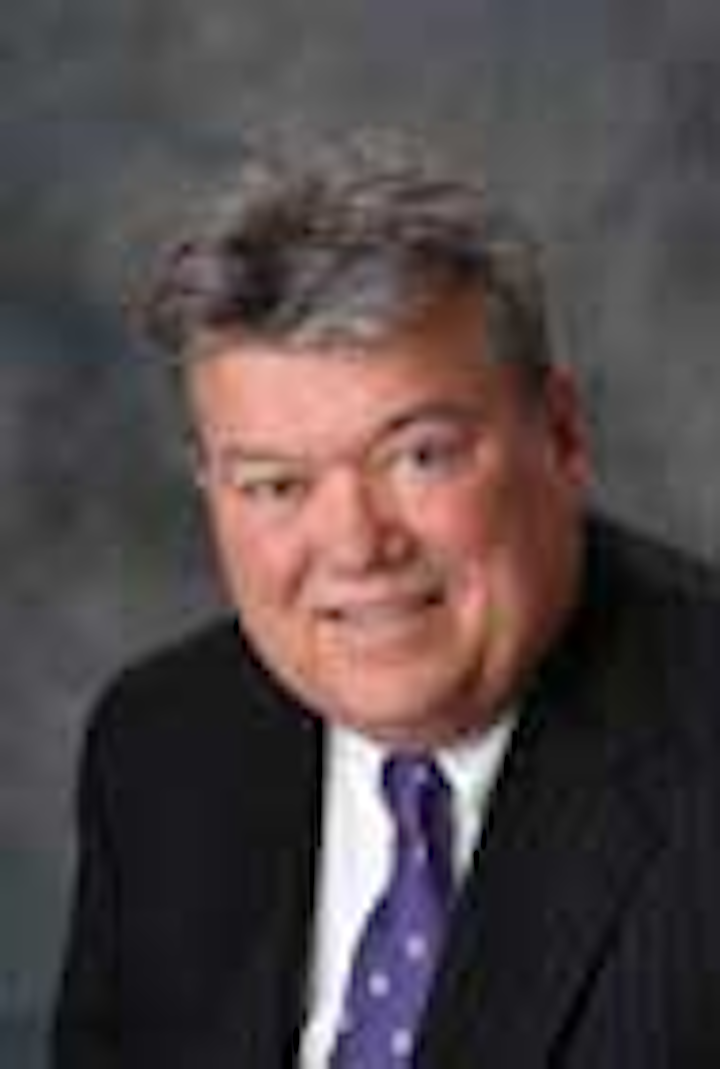 Jerrold "Jerry" Alan Greenberg, 61, passed away unexpectedly in his home in Katy, Texas, on Nov. 5, 2012. He was born on Nov. 15, 1950, in Chicago. Greenberg graduated from the University of Houston with a B.A. in English in 1973 and journalism in 1978. He worked for more than 30 years in the oil and gas industry as an editor, marketing and public relations manager, corporate communications director, and most recently, as a freelance writer and consultant. He is survived by his wife of 40 years, Sissy; mother, Marcella; brother, Shane; daughter, Laurie and son-in-law Bill Even; daughter, Kelley; and the new love of his life, his granddaughter, Annie.

Daniel Valot will sit on the CGGVeritas board of directors on behalf of the Fonds Strategique d'Investissement.

Lim Kwee Keong has stepped down as CEO of EOC Ltd. COO JonDunstan will assume the role of acting CEO until a permanent replacement is found.

Tendeka has appointedAshraf Al Ansari as business development manager for GCC South to assist its growth in the Middle East and North Africa region.

Bureau Veritas has appointedPhilippe Donche-Gay as executive vice president of the marine and offshore division.

KPMG has appointedEmma Wild as head of upstream oil advisory in the UK.

Lance Cooper has joined SOR Inc. as product manager for the pressure and temperature lines.

Bibby Remote Intervention Ltd. has appointedLloyd Duncan as senior inspection repair and maintenance consultant and Andy Inglis to the role of inspection manager.

Solomon Associates has promotedJohn Jungman to vice president of pipeline and terminal studies.

RWE Dea Egypt has appointedMaximillian Fellner as general manager in charge of the operations in Cairo. Dirk Warzecha has been appointed as a member of the board of management of RWE Dea AG and will relocate to the corporate headquarters in Hamburg. Thomas Hanking has been appointed general manager for the Suez Oil Co., the joint venture of RWE Dea and the Egyptian General Petroleum Co.

Asbjørn Vavik has resigned as CEO of Songa Offshore SE.

Forest Oil has appointedRichard J. Carty to its board of directors as an independent director.

Santos has namedHock Goh to its board of directors.

Zeljko Runje has been appointed vice president for offshore projects at Rosneft.

GE has opened its Skills Development Center in Jandakot, a suburb of Perth, in Western Australia.

TheSpecialist Services Group has become the first company in the world to receive the IECEx certification for purged and pressurized buildings.

C-Nav has opened a new location in Macaé, Brazil.

Siemens Drive Technologies has kicked off its integrated drive systems initiative to highlight the energy efficiency benefits of its comprehensive and custom engineered product and service offerings.

BP and Kongsberg Oil & Gas Technologies have agreed to develop a suite of decision-support consoles that will present key information to well construction decision makers. The new consoles will be based on Kongsberg's Discovery Web platform, which is part of the SiteCom suite of software. The development is expected to deliver four to six new consoles – or "dashboards" – each year of the three-year agreement.

WeatherfordInternational has opened its new multi-million dollar facility in Singapore.

Eni has awarded ASCOGroup a three-year contract worth more than $21 million for supply base services in Australia.

V&M Star has produced the first pipe at its new state-of-the-art mill in Youngstown, Ohio.

DoedijnsInternational has acquired the assets of Logan Industries International Corp., an integrated engineering and manufacturing company based in Houston.

ContiTech will invest about €17 million ($22 million) in the construction of a new plant in Brazil to produce hoses for oil production and gas extraction. Construction is scheduled to commence in spring 2013, with production set to begin in 2014.

Cobham plc has established a new strategic business unit – Cobham SATCOM – that combines all of the group's satellite communications businesses into one organization.

Aker Solutions has acquired a fabrication facility in Sandnessjøen, Norway, to better position itself for current and future development projects in the Norwegian Sea and farther north.

AMEC, Samsung HeavyIndustries, and Samsung Engineering have formed a joint venture company to perform design engineering for fixed and floating offshore platforms, FPSOs, and subsea pipelines for Samsung's future offshore projects. AMEC Samsung Oil and Gas LLC will be based in Houston, and will be 51% owned by Samsung and 49% by AMEC.

Ampelmann Operations has introduced Ampelmann E-type, an upgraded version of its offshore crew transfer system. E-type can operate in higher sea states and carry greater loads, and is claimed to increase the landing height at offshore platforms.

Nautronix has opened its new global headquarters in Aberdeen, UK.

Mirmorax AS has appointed Specs Asia Pacific Sdn Bhd as its general representative in the Asia/Pacific region.

EnQuest PLC has reached a new safety milestone by recording five years free of lost time incidents on drilling operations in the Thistle field in the UK northern North Sea.

OYOGeospace has changed its name to Geospace Technologies Corp. The change is a result of OYO Corp. U.S.A.'s sale of its stake in the company in February. The company is no longer affiliated with OYO Corp. U.S.A. or its parent company OYO Corp.

GL Noble Denton has expanded its marine casualty investigation practice in North America by launching operations in Seattle. The practice works with vessel owners, insurers, and protection and indemnity clubs, to determine the cause and extent of machinery damage, fires, collisions, groundings, salvage operations, and other marine incidents.

Solace Global Maritime Ltd. has been awarded the ISO 14001:2004 accreditation.

First Reserve Corp. has sold a majority interest in the Acteon Group Ltd. to KKR.

Reflex Marine has established a new accredited service center in Houston for its FROG and TORO personnel carriers.

TDW Offshore Services has signed an extended framework agreement with Statoil to provide pipeline pressure isolation services and equipment for installations in the Norwegian North Sea.

GL Noble Denton has expanded its safety and risk services to the Norwegian oil and gas market through a new strategic partnership with Stavanger-based consultancy, XAFE.

AMEC has signed an agreement to acquire a 50% stake in Kromav Engenharia Ltda, a privately owned Brazilian offshore oil and gas and marine engineering company.

Tullow Oil has granted NHVHelicopters a three-year extension to its contract to fly offshore staff to the Schooner and Ketch gas production platforms in the southern North Sea. NHV provides service and maintenance visits in a Eurocopter EC155 aircraft that can accommodate up to 12 passengers and two pilots.

AVIC International Investments is acquiring the majority of shares in Finnish offshore/marine engineering group Deltamarin. The company, which has designed a range of innovative offshore vessels, rigs and platforms, will retain its name and its existing operations. The goal is to enable Deltamarin to grow in its traditional markets, and to help the company develop new products.