One of the casualties of the industry restructuring has been the trimming of basic research by many oil companies. 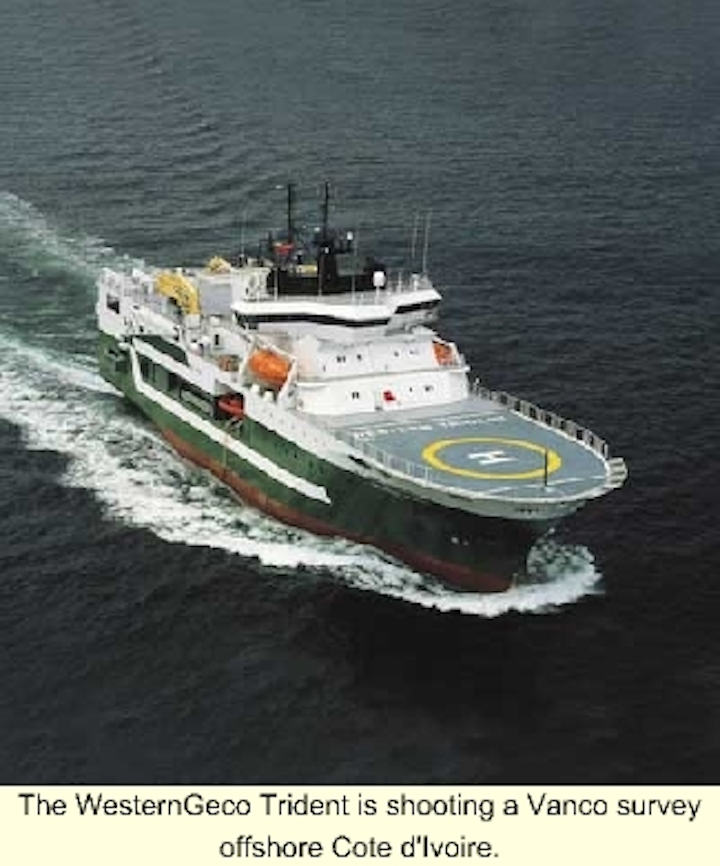 One of the casualties of the industry restructuring has been the trimming of basic research by many oil companies. Much of the work they used to fund has been dropped, transformed into project work at universities, or abandoned to the service companies. Fortunately, a few basic projects continue to be funded and, in some cases, expanded. The Joint Oceanographic Institutions for Deep Earth Sampling (JOIDES) Offshore Drilling Program (ODP) is one of the few gems that remains.

The ODP is nearing the end of its program life, and planning for its next incarnation, the Integrated Offshore Drilling Program (IODP), is well underway. Two new larger vessels will augment the work of the JOIDES Resolution, and new program directions will use a multi-platform approach to gather more ocean core data in the arctic and on the coastal margins.

The ODP was reviewed at a major meeting in May 1999 at the Conference on Multiple Platform Exploration (COMPLEX). The report from that meeting pointed to the need for additional work in:

The program being planned will develop an integrated view of the Earth and its subsystems with emphasis on:

Other goals include a wider understanding of past climate extremes and rapid climate changes, continental breakup, volcanic margins and plateaus, and the drilling and monitoring of a complete section of oceanic crust, the "21st Century Mohole."

The IODP will officially begin on Oct. 1, 2003. Encourage your company to participate in this most basic of frontier research efforts, drilling for "hard core" information.

Senegal 2D
Offshore Senegal, Veritas' M/V Akademik Nemchinov has begun a 1,500 km 2D survey of Vanco's (operator, 90%) and Petrosen's (10%) Dakar Offshore Profond license. The survey will first create a grid over the St. Louis prospect in the northern sector of the block followed by a grid over prospects in the southern sector.

Reservoir modeling
A new reservoir modeling software, Jactatrademark, was developed by T-Surf and is now being commercialized. Originally developed for Elf E&P, the GOCAD add-on focuses on 3D uncertainty analysis and modeling for volumetric and reserves estimation. It helps define key reservoir elements, their nature, interdependencies, uncertainty, and impact on reservoir estimation. "Jacta allows volumetric and reserves uncertainty analysis and modeling consistent with the shared earth model throughout the life of the reservoir. It enables the asset team to integrate structural, petrophysical, fluid, and production uncertainty for compete reservoir risk management," explains Emmanuel Gringarten, Jacta Product Manager for T-Surf.

INT has entered into an agreement with OpenSpirit Corp. to provide Java-based well and section viewers as part of the OpenSpirit Application Integration Framework. The data viewers will be fully integrated, providing interaction with OpenSpirit business objects and services. Source code for the viewers will be distributed as part of the standard OpenSpirit developer's kit release. "Being able to include the well and section viewers, along with its source code, as part of our system will provide customers with more tools and examples to help them develop integrated applications easily and quickly," said Clay Harter, Director of Technology and Business Development.

Linux NetworX has developed LinuxBIOS for the Alpha platform. In conjunction with the LinuxBIOS Open Source project, the company replaced SRM firmware with a Linux-based BIOS. Users will now have the ability to boot to Linux directly out of the ROM on the motherboard. "Among the various other benefits, this gives users pre-boot network access and offers the potential for remote firmware updates and remote hardware diagnosis," said Joshua Harr, CTO of Linux NetworX. "Incorporated into ClusterWorXRegistered, this pushes cluster management technology to the next level." Other information is available by e-mail: brutledge@linuxnetworx.com.