This issue of Offshore includes the annual drill bit report. One might be tempted to ask, "Why bother, at a time when drilling is dramatically suppressed?" 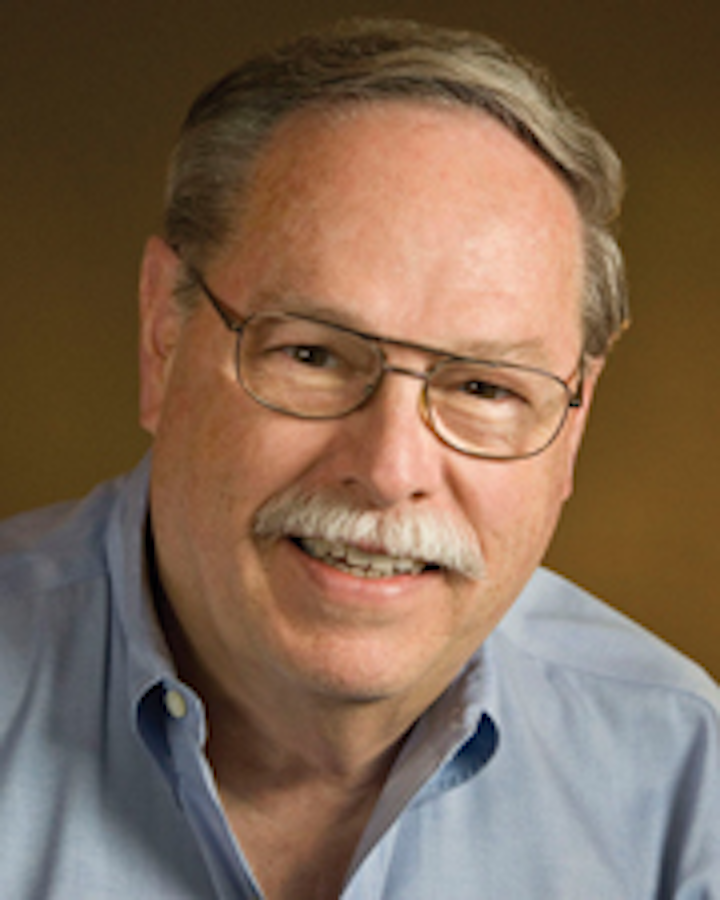 This issue ofOffshore includes the annual drill bit report. One might be tempted to ask, "Why bother, at a time when drilling is dramatically suppressed?" The answer is that the conditions imposed by the depressed prices of oil and gas on commodity markets have only suppressed some drilling - not ended it. Operators still must drill to hold valuable leases, so while some drilling may have slacked off, many rigs are still active.

In tough economic times, the mandate is to reduce costs as much as possible. Stacking rigs is one way to reduce costs, but for those rigs still operating, big savings can be realized by maximizing efficiency. Experts are divided on how bit design maximizes efficiency. Some say increase rate of penetration to reduce operating time. But the author suggests that increasing bit life can yield far greater savings.

Many bit manufacturers have recently released designs that significantly add useful life to drill bits. Even if the longer life bits do not drill as fast as others, the fact that they can drill more rock before they wear out can result in huge cost savings. Offshore operations stand to benefit most because rig rates are so high. In some ultra-deepwater projects a pipe trip to change out a worn bit can cost more than $500,000, plus the spread cost of auxiliary personnel and equipment that are on board.

Recently, reports of new bits capable of drilling an entire well section on a single trip have been heard. New designs have enabled bits to achieve unprecedented longevity. Particularly valuable when drilling long laterals, the elimination of even one bit trip can save hundreds of thousands in rig time, not to mention the cost of replacing the worn bit with a new one. Also, in high-profile ultra-deepwater wells, each trip adds considerable risk to the success of the entire operation.

So while improved ROP can save incremental drilling time, eliminating a bit trip can save huge chunks of rig time. Some of the newer bit designs offer both advantages - longer life and higher drilling rates. The added cost of the new designs is more than offset by the savings they enable.

Thinking outside the box has been credited with saving millions for one North Sea operator. The company was abandoning a well that had concentric strings of casing. They needed to place cement in the annulus between the two strings. Conventional wisdom was to go into the well with a section mill to open up a hole in the inner string. But estimated rig time to perform this operation was 15 days.

The operator's engineers had heard of reduced penetration "tubing puncher" charges that could shoot holes in production tubing without damaging the casing string. But punching 95/8-in. casing is much more difficult than punching holes in tubing. Accordingly, the operator engaged a perforating gun manufacturer to develop, and prove, a casing puncher gun system that could make large entry holes in the inner string but keep damage to the inside surface of the outer string of less than 0.1-in. depth.

First, minimum drift ID of the inner string had to be measured to determine the maximum gun carrier diameter that could reach the target zone. Bottomhole temperature was quite high so HMX explosives were required. Finally, outer string physical parameters in the target zone were retrieved from the well record so a representative test could be designed.

In perforating, entry hole diameter and perforation length are mainly determined by charge geometry and volume, charge liner parameters and stand-off. Single charges were custom-made to provide the desired results. They were fired under realistic conditions and entry holes were measured and found to be acceptable at 0.7-in. Damage to the 133/8-in. outer casing target was negligible at 0.05-in., and well within desired specifications.

A full 7.0-in. diameter gun carrier loaded 18-spf was tested at well temperature and pressure with positive results. The operator agreed with the results and commissioned a production run of the custom charges, which were subsequently shipped overseas to the project site. There, a 21-ft (6.4-m) section was perforated and well abandonment operations followed immediately, fully compliant with North Sea regulations. Total rig time was two days and abandonment costs were only 13% of estimated section milling costs.

By considering an "out-of-the-box" approach to a necessary activity, the operator saved approximately $7.8 million over the conventional wisdom of running a section mill.

At least two service suppliers have developed formulations that enable the use of produced water and flow-back fluid on subsequent fracs. Not only does the practice save costs, but also it strikes at the heart of arguments put forward by environmentalists. Research into the proposed practice revealed that produced brine could be made acceptable for use as carrier fluid with minimal treatment at great savings of costs and time. Previously, the conventional wisdom required that the produced fluids be brought back to near "fresh water" status before they could be recycled. By qualifying field brine and flow-back fluid for re-use at minimal cost, hydraulic fracturing companies achieve considerable savings they can pass on to their customers.

This practice is expected to pay big dividends to those who have ramped up their re-fracing operations in attempts to coax additional production out of existing wells, or extend their well's economic lives. While re-fracing has been practiced for some time in plays like the Barnett, the practice is reportedly becoming more wide-spread. The use of recycled frac fluid will allow the re-treatments to be conducted at lower costs while greatly reducing the need for fresh water.

These stories and many like them are being told across the oil patch. They simply confirm the old saying, "When times are tough, the tough get going." By working closely with service and supply providers, efficiencies can be found that enable profitable operations at $50/bbl or less. •