Baker Atlas (Jakarta) has won a three-year contract from Conoco Indonesia, to provide logging and petrophysical services in the Natuna Sea to support Conoco's exploration, appraisal, and workover operations. 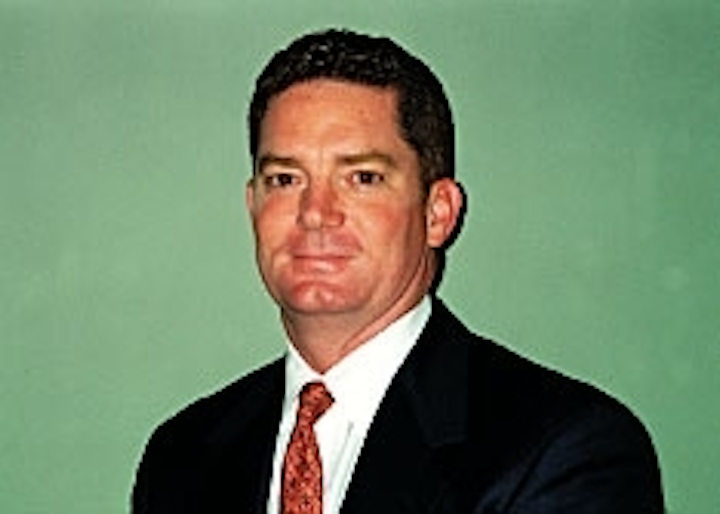 Baker Atlas (Jakarta) has won a three-year contract from Conoco Indonesia, to provide logging and petrophysical services in the Natuna Sea to support Conoco's exploration, appraisal, and workover operations.

A contract for the provision of power management and integrated vessel management systems for a pipelaying vessel to be used in fields worldwide has been won by Siemens Industrial Projects & Systems.

EDG (New Orleans) and DEEP (Houston) have completed a cooperative agreement enabling the companies to provide single-point responsibility for complete oil and gas development from drilling through commissioning.

Hydralift ASA (Norway) received a contract worth $55 million from Hyundai Mipo Dockyards to supply 13 packages of equipment for laying and maintenance of fiber optic cable.

Anadarko Petroleum (Houston) signed an agreement with Texaco Exploration and Production for an exploration program in the Gulf of Mexico's subsalt play.

Rolls-Royce has a contract to supply power for a Turkey oil pipeline. The company will supply power to TEAS, the Turkish Electricity Generating Authority, and will use two licensed Niigata generating sets and ancillary equipment to drive electric motor pumps on the crude pipeline in Eastern Turkey.

TGS-NOPEC and Mariner Energy have consumated an agreement for non-exclusive 3D survey data of over 250 OCS lease blocks in the Gulf of Mexico.

Dr. Jin S. Chung has been elected President of the International Society of Offshore and Polar Engineers (ISOPE) for the 1999-2000 term.

TriPoint (Houston) announced the appointment of Stuart Tillman as President and CEO.

Dr. Stephen D. Ban has announced he will step down as GRI President and CEO by the end of 1999.

Donald Strathdee and Richard Hall will lead Oilfield Services Group's Team Energy Resources in its new base in Aberdeen.

Krest Troost of Shell Expro is the new Chairman of the CRINE Network (London). Other new members of the Executive Board are: Al Bolea of BP Amoco; James McCallum of Global Marine; Larry Farmer of Halliburton - Brown & Root; and, Roddy Grant of AMEC Process and Energy.

Steve Preston is the new Managing Director of Heerema Hartlepool, based in Northeast England.

Gene Lognion has been named Public Relations Chairman for LAGCOE 1999.

Doug Horton has been named Vice President of Sales and Marketing for Kvaerner Oilfield Products, based in Houston.

David Moorhouse is the new Chairman of Lloyd's Register of Shipping (London).

Lasmo (London), which has acquired Monument Oil and Gas, has appointed Tim Eggar and Thierry de Rudder of Monument as Non-Executive Directors.

Schlumberger Oilfield Services (Houston) acquires all assets of Calgary-based Panther Software. Schlumberger also announced through its GeoQuest product line that it has signed a letter of intent to acquire Merak, based in Calgary as well.

MERL and Rapra Technology, both of the UK, announced a management buyout deal of MERL.

Shareholders of Dominion Resources (Richmond, Virginia) and Consolidated Natural Gas(Pittsburgh) have approved the merger of the two companies.

Beicip-Franlab (Reuil-Malmaison, France) has become a 100% subsidiary of IFP, managed by a Directorate and Supervisory Board, chaired by Bernard Franquelin.

CTES (Conroe, Texas) and SensorWise have developed a company called SmarTract, a manufacturer and supplier of downhole tractors.

Sonsub International (Houston) finalized the initial phase of its ROV newbuild program with the delivery of two of eleven systems.

Sema Group (London) has agreed to be the exclusive European distributor for products of Altra Energy Technologies (Houston).

McWane and Associates internet site can be found at www.materialsite.com.

Broken Hill Proprietary (Melbourne) announced the success of an ultra-deepwater Gulf of Mexico (Green Canyon 826-1) well on the Mad Dog prospect, located in the Atwater Foldbelt.

Global Industries has completed two major extensions to the Destin Pipeline system using automatic welding on the second extension of the system.

Hydralift (Houston) has received a letter of intent from Reading & Bates Falcon for the N-Linetrademark Drilling Riser Tensioner and Trip-Savertrademark Systems, the BOP Handling, and the Underhull Guide/Riser Centralizer Systems for the Newbuild RBS8-D semisubmersible.

Digital Systems Engineering (Phoenix) announces the expansion of business to a new facility that more than doubles the manufacturing space.

Diamond Products International (DPI) has drilled a directional section in extreme southern Argentina and set a new world record for a single run footage of 22,221 ft. The CS#1 well in Tierra Del Fuego is part of Total Austral's extended reach drilling program. Extended reach wells is a ratio of horizontal departure to true vertical depth (HD/TVD) greater than 3.5. Nine wells are planned by Total, and partners, Deminix and American Energy.

The Expro Group has deployed the Agbani Floating Production Facility (FPF) and topsides production facility onboard the Knock Taggart FPSO in Nigeria. The two vessels, which commenced production earlier this year, are together capable of producing in excess of 80,000 b/d of oil. The firm has a $75 million contract over a five-year "supply and operate" contract period.

The Agbani FPF is moored in block OPL230, in 6 meters water depth near the mouth of the Calabar River. The production facility is treating well fluids from two separate well clusters in the Abana Field, operated by Moni Pulo Ltd. The cluster produces up to 50,000 b/d for export via a new 45-km pipeline to the Knock Taggart FPSO. Production has also commenced from the topsides production facility onboard the Knock Taggart FPSO, moored in the nearby block OPL98 at the mouth of the Calabar Estuary. Production at the rate of 30,000 b/d began in mid-February 1999.

Smith International, based in Houston, said the company has changed the name of its Smith Drilling & Completions business unit to Smith Services. Operations, sales, marketing, and engineering functions within Smith Services will operate under the following group names:

HE Group: Drilling and fishing jars plus other specialty downhole fishing and drilling tools.