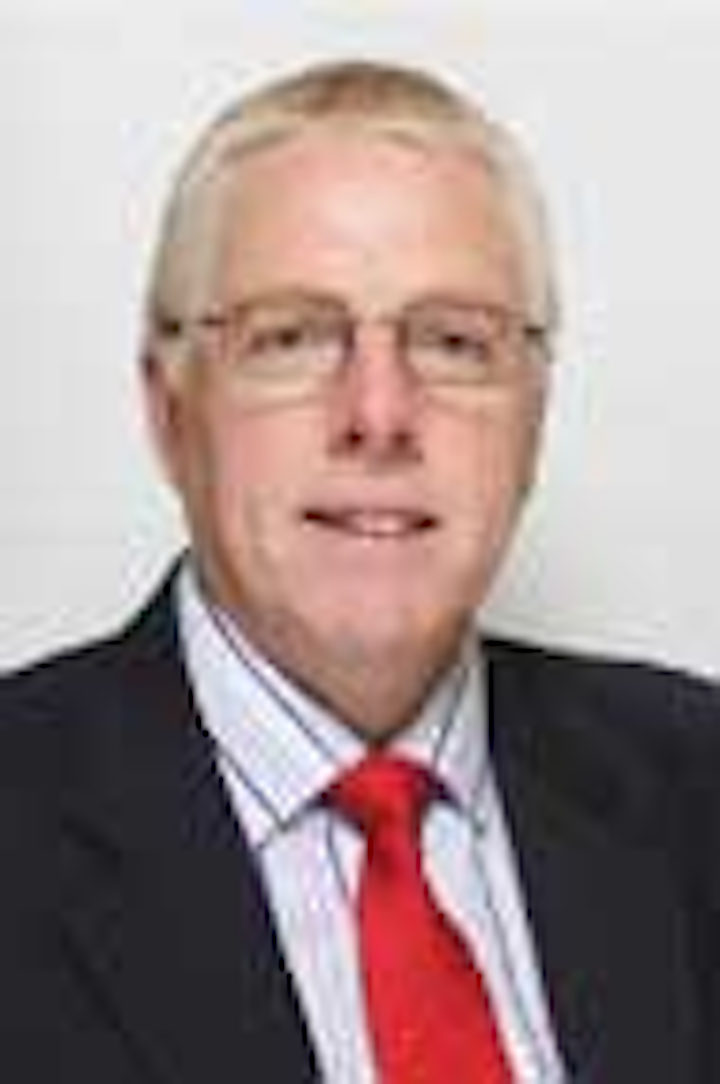 Robert R. Harl, CEO and director of Willbros Group, has announced plans to retire when his current employment agreement expires on Jan. 2, 2015. The company's board of directors has elected John T. McNabb II as executive chairman of the board on an interim basis and has elected S. Miller Williams as lead independent director.

GE Oil & Gas has appointedPatricia Vega as president and CEO in Latin America.

The Society of Petroleum Engineers Aberdeen section has appointedRoss Lowdon as chairman.

Baker Hughes Inc. has appointedKimberly A. Ross as senior vice president and CFO.

Bob "Sonny" Fogal has decided to retire from front-line work as Zentech's director of business development after more than 57 years in the offshore oil and gas industry. He spent his entire career in the rig building business, starting with Levingston Shipyard and subsequent work with major designers and builders in the US as well as Singapore, Japan, China, Brazil, India, South Africa, and the Middle East.

Subsea 7 has reappointedAllen Stevens and Robert Long to its board of directors.

J. Kevin Bartol has resigned as executive vice president, CFO and treasurer of Rowan Companies. The company has promoted Melanie M. Trent to executive vice president, general counsel and chief administrative officer and will assume responsibility for the Legal function, as well as retain responsibility for the Human Resources, Information Technology and Communications departments. She succeeds John L. Buvens Jr., who is retiring from after more than 30 years with the company.

Petrobras CEOMaria das Graças Silva has received the Global Pacific & Partners Award in the Offshore/Deepwater Player category at the 20th Latin Oil Week, an event held at the Copacabana Palace Hotel in Rio de Janeiro. She also received an honorable mention as a Patron of the Global Women Petroleum & Energy Club, an association created to bring together high-profile women in the oil and gas sector throughout the world.

Trond Olsen has joined ClampOn as president. He succeeds Hans A. Wagner, who has been named senior vice president - Business Development.

Edward Snyder, manager of instrument engineering at William Jacob Management, has successfully completed the University of Alaska course in "Fundamentals of Arctic Engineering." The course is a prerequisite for securing an Alaska professional engineering license. In August his application for license as a Registered Engineer for the state of Alaska was approved.

Lord David Owen has resigned as a member of Hyperdynamics Corp.'s board of directors. He also served on the Nominating and Corporate Governance and Governmental Relations committees of the board.

RMSpumptools has appointedTed Boeri as vice president of global sales.

2H Offshore has appointedPaul Hopkins as principal engineer in Norway.

InterMoor UK Operations has completed seven years and more than 2,300 projects without a single lost-time incident. The safety record includes the companies – InterMoor Ltd., InterMoor Marine Services Ltd. and ChainCo – and operations at three bases, five storage yards, and many quayside locations. InterMoor also has opened a new storage, maintenance, and inspection facility in Aberdeen, UK. The new base – on a three-acre site with a warehouse, 20 permanent onsite staff, and a multi-million dollar mooring inventory – will support the company's global mooring operations.

Aqualis Offshore has opened an office in Mexico City. The company will also establish an operations office in Ciudad del Carmen to support offshore rig owners and oil service companies.

Premier Hytemp has invested $20 million in a second precision engineering facility in Singapore to service global oil and gas markets with components for wellheads, subsea trees, valves, and downhole tools.

V.Group has concluded the acquisition of Core-IRM, an inspection, repair, and maintenance services provider in Southeast Asia.

AGR has entered into a memorandum of understanding with Antilles Oil and Gas NL to assist in well planning, design, and execution, and to provide drilling capability.

Deltamarin Ltd. has established a subsidiary to enlarge the scope of the group's naval architecture and engineering services. The new company, Deltamarin Floating Construction Ltd., will focus on delivering engineering, procurement, construction, and installation services to the marine and offshore industry on turnkey basis.

NSSLGlobal, an independent service provider of satellite communications, has merged with the ESL group of companies, a satellite solution provider and system integrator.

SKF USA Inc.'s factory in Houston has received the "External Specialist Recognition" by the American Bureau of Shipping to provide condition monitoring services to the offshore industry.

Tenaris has confirmed the purchase of the remaining 50% of the participation of Socotherm Brasil, which belonged to Socotherm Americas – a division of ShawCor.

Bibby Offshore has opened an office in Stavanger, Norway.

ABS has opened a new office in Beijing. The office will focus on business relationships and expanded offerings that strengthen its collaboration with local enterprises, universities, and research institutions.

PIDE Solutions Group has entered into a three-year educational partnership with SAIT Polytechnic that includes donation of PIDE's Piper 2.0 software powered by DataDraw, valued at $600,000. Piper 2.0 is an intelligent drawing and design platform tailored specifically to support volumetric measurement and reporting requirements across the upstream oil and gas sector.

Mirage Machines has expanded its headquarters in Derby, UK, by acquiring new 5,000-sq ft (464.5-sq m) office premises adjacent to its existing engineering headquarters, to facilitate the extension of its manufacturing and service operations workshop to 17,000 sq ft (1,579.4 sq m).

Enteq Upstream Plc has appointed Shenkai as its new distributor in Shanghai.

Applus RTD plans to open a base in Bergen, Norway, to supply nondestructive testing services.

NOV Elmar has moved into larger premises in Tananger, Norway.

BATS Wireless and Aviat Networks have formed a partnership to market stabilized antenna tracking systems. The BATS systems, when coupled with Aviat's microwave radios, deliver ultra-high-capacity connectivity. It will deliver wireless communications and data opportunities to FPSOs, FSOs and drillship operators, and will enable end users access to faster and more adaptive networks.