In May 2016, Air Liquide completed its acquisition of the US-based industrial gas company Airgas. The companies' complementary businesses prior to the merger resulted in full supply chain integration following the combination, expanding Air Liquide's service offerings and allowing it to develop new markets, such as maritime. 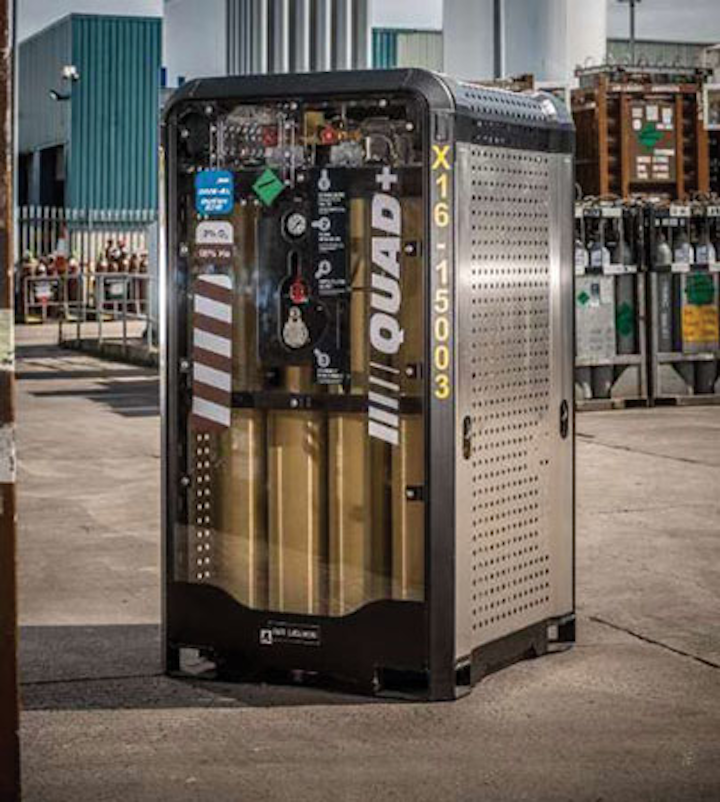 In May 2016, Air Liquide completed its acquisition of the US-based industrial gas company Airgas. The companies’ complementary businesses prior to the merger resulted in full supply chain integration following the combination, expanding Air Liquide’s service offerings and allowing it to develop new markets, such as maritime.

Headquartered in Aberdeen, Air Liquide Maritime develops gas to be used by oil and gas platforms, offshore wind turbines, and cryogenic transportation. The company says it provides a range of gases and supply equipment, from cylinders and containers to nitrogen generation systems.

Air Liquide Maritime, part of its Global Markets & Technologies unit, aims to develop the use of gases by customers in the maritime sector throughout the world. It credits the Airgas acquisition with enabling it to expand its range of products for offshore operations by providing welding consumables, such as electrodes, cables, and others, as well as safety equipment, to its customers.

“To address this market segment, one that calls for cutting-edge expertise, Air Liquide has developed an all-in-one offer with high added value: welding gas, assistance with defining the gas mix and welding processes, as well as training and deployment of best practices relating to safety,” said Nathalie Mangeot-Gehin, Americas Vice President of Air Liquide Maritime.

“Our strength in the market lies in our ability to meet client needs throughout the entire value chain, from products to engineering and services.”

Prior to the merger, Air Liquide was present in the US upstream sector primarily through its Large Industries segment, with more than 2,200 mi (3,540 km) of pipelines located mostly along the Gulf Coast. On the other hand, Airgas was primarily focused on downstream distribution with 300 fill plants and direct delivery of packaged gas and hardgoods through 900 branches / retail stores, telesales, e-commerce, or next-day direct deliveries from national warehouses. By combining this coverage, Air Liquide says that it will have a more robust market offering through the integration of the full supply chain, allowing “the generation of synergies” and improved overall customer service.

“The combined entity is able to better serve customers with the most advanced multi-channel distribution networks in the US and more competitive product offerings with an integrated upstream-downstream model,” Air Liquide has said.

It is through these new synergies that the company believes it will be able to improve its existing offerings and enter new markets, particularly by leveraging digital technologies. Air Liquide maintains that its new products and technologies will continue to be guided by its customer needs, as was the case when Air Liquide Maritime developed QUAD+, a piece of equipment used to store a set of interconnected cylinders and distribute the gases they contain.

With 450 bar (6,527 psi) of pressure, which Air Liquide says is a world first over the standard 300 bars (4,351 psi), QUAD+ claims over 40% more storage capacity than regular bundles, achieving a 22% reduction in the space the equipment occupies. By taking up less room on platforms, the company explains, it delivers savings on transport costs.

QUAD+ can be used during construction and maintenance; subsea works; and well services.

The company has also developed a new range of gaseous stable isotope pure gases and mixtures to enhance the reliability of petroleum analysis when it is critical to measuring delta values accurately.

Air Liquide looks to benefit from Airgas’ national presence and its existing customer base of more than 1 million customers in the US, as well as from its customer-facing platform, including e-commerce and telesales capabilities.

Airgas will still serve its clients under its name, but as an Air Liquide company.

The company placed its combined annual company sales at around $20 billion, with around $6.8 billion in the Americas. Following the merger, Air Liquide employs more than 67,000 people globally and serves more than three million customers and patients.

Prompted by the merger, Air Liquide began the year with a January announcement that it was changing its visual identity with a new logo, the fifth since the company was founded 115 years ago.