JIP to design model based on studies 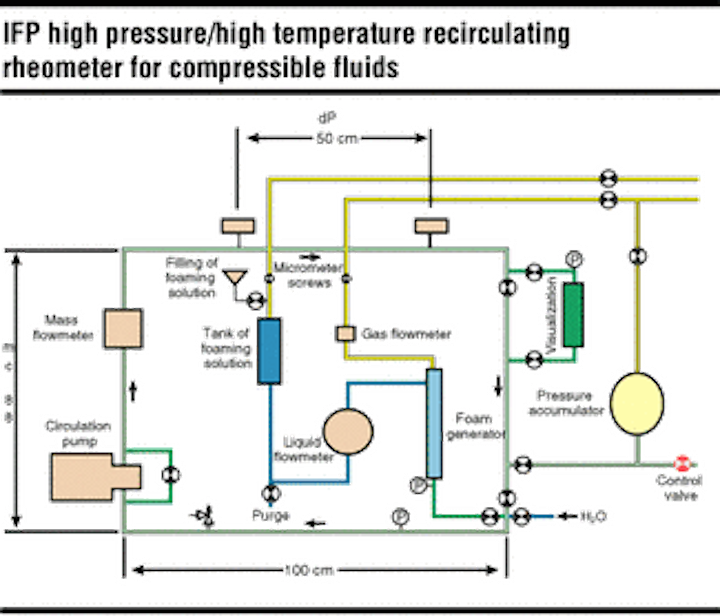 Under-balanced drilling (UBD) is a technique whereby the equivalent circulating densities (ECD) of the drilling fluid in the annulus is intentionally maintained at a value inferior to the formation pressure. This corresponds to a fluid density generally lower than 0.8. Drilling under-balanced provides numerous advantages, including:

Under-balanced drilling is particularly applicable in depleted or heavy loss formations or to recover mature wells. One of the main difficulties of UBD is maintaining constantly under-balanced conditions. The whole operation can be compromised if UDB cannot be achieved throughout all the drilling and completion phases.

In some cases, permeability impairments due to the penetration of under-balanced fluid during a short overbalanced period can lead to even worse results than if a conventional over-balanced operation with a correctly designed fluid had been used.

Low density fluids, such as air, aerated muds, or foams are typically used to obtain under-balanced conditions. Among these different fluids, foam is very beneficial due to advantages such as handling of water influx, low density, very good hole cleaning, and cuttings carrying capacity. But knowledge of foam properties under bottomhole conditions is very poor. Two main difficulties arise when drilling with foams:

The main objective of current work by the Institut Francais du Petrole (IFP) is to provide the industry with a model for permanent flow of under-balanced fluids, such as foams, taking into account all the specific physico-chemical properties of these fluids.

As a first step, IFP and Rogaland propose to the industry a joint industry project focused on the properties of foam fluids and on the development of engineering tools to monitor their behavior in under-balanced drilling conditions. The project will be divided into three main phases:

Existing flow models often have limitations due to lack of knowledge of the fluids concerned. For instance, foam rheology and its variation with drilling conditions are often simplified.

This will be investigated using a novel experimental setup, including a P and T flow loop, a transparent visualization cell, and an influx derivation. The aim of this project is to couple good knowledge on foam specific properties and an existing model for under-balanced drilling pressure prediction, taking into account the relevant rheology and influx from the reservoir, in order to model accurately the flowing of foamed under-balanced fluids.