Prospects for new projects are brighter across northwest Europe, and two main factors are steering this development. One is the North Sea industry's success in driving down costs over the past two years; the other is the recent surge in merger and acquisition (M&A) activity. 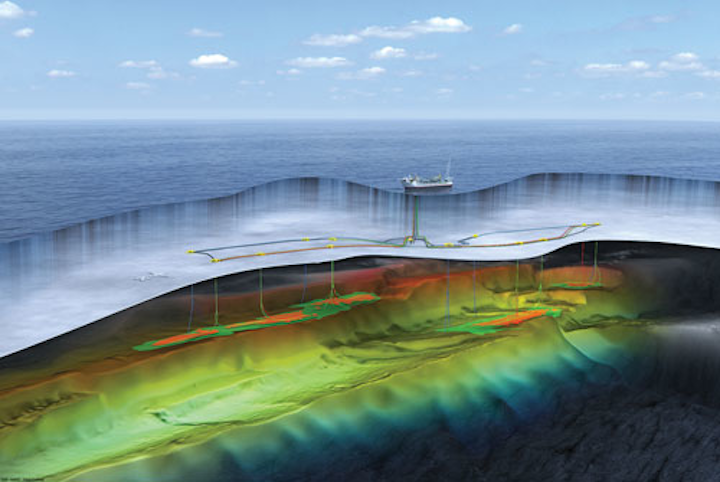 Prospects for new projects are brighter across northwest Europe, and two main factors are steering this development. One is the North Sea industry’s success in driving down costs over the past two years; the other is the recent surge in merger and acquisition (M&A) activity.

At the IP Week conference in London earlier this year organized by the Energy Institute, Maersk Oil CEO Gretchen Watkins, said the slump in investments following the initial oil price shock exposed deep inefficiencies in the North Sea, forcing the industry to become more competitive. Operators and suppliers have managed to achieve this, she added, through improved collaboration on reassessing projects’ real needs and a greater willingness to accept standardized designs.

In the case of the HP/HT Culzean development in the UK central North Sea, Maersk as operator found that “meticulous front-end loading of the design was essential to de-risking the execution phase,” Watkins said. As a result, the overall investment has come down by $500 million since the project was sanctioned in 2015. And Maersk, like numerous other North Sea operators, has re-evaluated its well engineering approach, both to cut costs and improve production. One example she cited was stronger recovery at the company’s Halfdan field offshore Denmark, following a switch to horizontal water injection wells.

At the same conference, Trond-Eril Johansen, President, Europe & North Africa, ConocoPhillips said his company was looking to limit its North Sea project costs to around $30/bbl. “A lot of that can be achieved through collaboration with the supply industry and contractors on alternate solutions,” he said, “for instance, rather than building a big platform, going instead for a smaller platform.”

Watkins also claimed the upsurge in North Sea M&A deals was indicative of the sector’s renewed competiveness, “and the value that remains in the North Sea.” Last year’s main movers were BP Norge and Det norske oljeselskap, which combined their interests to form Aker BP, the second-largest player on the Norwegian shelf behind Statoil. The new company is pushing ahead with incremental developments at its main field centers, the latest involving new wells to extend the life of the Tambar platform and infrastructure by another 10 years.

In March, Point Resources, formed last year from the merger of three small Norwegian independents, arranged to acquire all ExxonMobil’s Norwegian offshore operations, which will make it one of the main players on the shelf, with production heading toward 80,000 boe/d. Big deals in the UK sector so far this year have been headed by Chrysaor agreeing to pay up to $3.8 billion to Shell for the latter’s interests in 10 field developments, with combined net production of 115,000 boe/d. Under an $85-million transaction, EnQuest is set to replace BP as operator of the Magnus oilfield in the East Shetland basin. More recently, Israeli E&P company Delek Energy made an offer for Ithaca Energy, the cash-strapped operator of the Greater Stella Area gas-condensate project in the UK North Sea, which came onstream in February.

Among the big projects set to start up later this year are EnQuest’s Kraken and Premier’s Catcher, two FPSO/oilfield developments in the central UK sector; BP’s Quad204, a redevelopment of the Schiehallion field West of Shetland; and Statoil’s Gina Krog in the Utsira High region of the Norwegian North Sea. This facility will be linked in the next decade to an area wide power-from-shore scheme as part of the Johan Sverdrup Phase 2 development. Statoil and its various partners are also expected to submit development plans for the Johan Castberg project in the Barents Sea, based around an FPSO with subsea well completions, and the North Sea Snorre 2040 life extension program.

Exploration drilling is ramping up in the Barents Sea, following the Norwegian Energy Ministry’s award of the first-ever licenses last year in the previously off-limits southeastern Norwegian sector - Statoil plans its first well here this summer, targeting at least 500 MMboe from one prospect. In UK waters, securing financial backing for either frontier or near-field wells has proved much harder, although the few wells drilled over the past year have brought results. The most active driller in exploratory terms has been Hurricane Energy, which claims to have proven an extension of the Lancaster oilfield west of Shetland via its nearby well on the Halifax structure. Hurricane believes this could be the UK’s largest undeveloped offshore discovery to date: how much can be produced remains to be seen, as the reserves are contained wholly in fractured granite basement.

Interest in UK frontier offshore licensing, however, remains strong, with Shell and ExxonMobil, both of which have virtually deserted the UK and Norwegian North Sea, awarded over 10 block operatorships under the recent 29th licensing round, many being in the little-drilled Rockall basin west of Scotland. Continuing down the Atlantic Margin, Cairn Energy subsidiary has agreed to farm into and co-fund an ultra-deepwater exploration well this June on the Druid/Drombeg prospects in the southern Porcupine basin, 220 km (137 mi) offshore southwest Ireland.

The plan for development and operation (PDO) for the DEA-operated Dvalin development has been approved by the Ministry of Petroleum and Energy. Development costs are estimated at 1.1 billion Euros (10 billion Norwegian Kroner).

Just after the PDO was handed over in October 2016, major contracts were awarded to Aibel, Aker Solutions, and Technip Norge AS. Currently, engineering and detailed planning are carried out. Production of the new modules to be placed at the Heidrun platform and the subsea production systems are expected to start later this year.