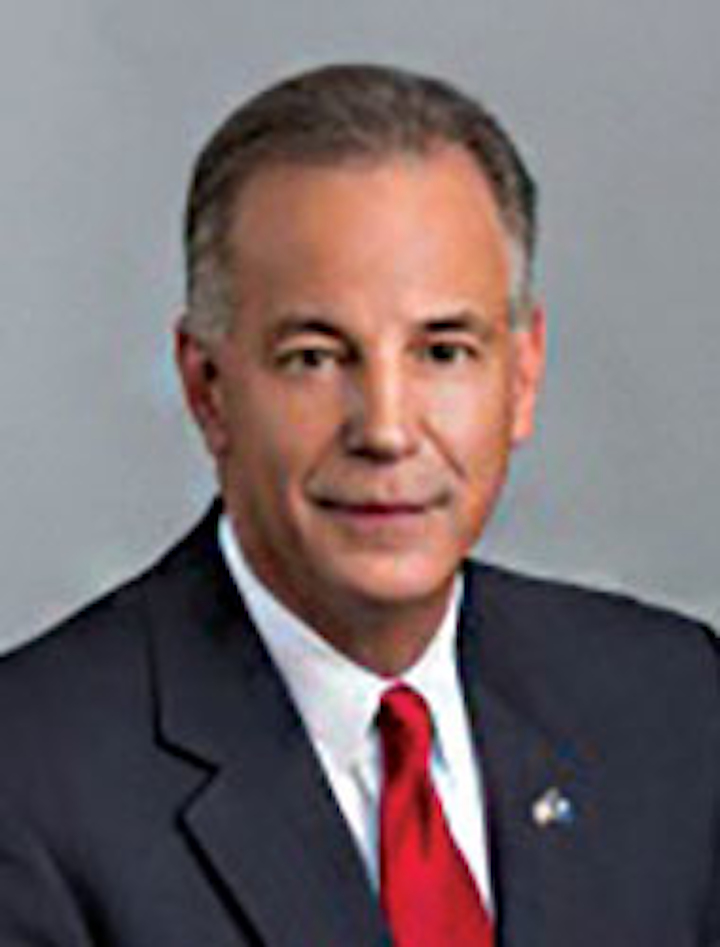 The BHP board has electedKen MacKenzie to succeed Jac Nasser as chairman. He will assume the role effective Sept. 1, 2017, following Nasser’s retirement as both chairman and a non-executive director.

Interior Secretary Ryan Zinke has namedScott A. Angelle as the new director of the Bureau of Safety and Environmental Enforcement.

Jon Erik Reinhardsen has retired as president and CEO of Petroleum Geo-Services ASA.

The Nautical Institute has appointed CaptainJohn Lloyd as CEO.

The International Marine Contractors Association has electedHarke Jan Meek as president and chairman of the board and Iain Grainger as vice president.

ProfessorEric Mackay of Heriot-Watt University’s Institute of Petroleum Engineering has been awarded the 2017 North Sea Regional Award for Productions and Operations from the Society of Petroleum Engineers. Mackay was nominated for his contribution to bringing together the areas of reservoir simulation and oilfield chemistry. As a PI in the Flow Assurance and Scale Team at Heriot-Watt he oversaw research into a range of oilfield production chemistry issues such as mineral scale deposition and its prevention. He has been examining the detailed differences between the full chemistry of the injected, in situ and produced brines including the brine/rock geochemical interactions, applying innovative methods to production and operations in this technology area.

ProfessorSebastian Geiger, Director of the Institute of Petroleum Engineering and Foundation CMG Chair at Heriot-Watt University, has been awarded the 2017 Alfred Wegener Award by the European Association of Geoscientists and Engineers.

Flow-Cal PresidentMichael Squyres has been appointed to serve as the president of the board of directors for the 2017 American School of Gas Measurement Technology.

Echo Energy has namedFiona MacAulay as CEO. She was previously COO of Rockhopper Exploration.

Atkins has appointedChris Sherertz as director of business development in its Energy Americas oil and gas business.

Andrew Cuniah has joined the Energy Industries Council board of directors.

Richard Adam has joined the BMT board as a non-executive director.

Oxford Flow has hiredNeil Poxon to develop the company’s focus on oil and gas markets.

Pipetech has appointedEric Doyle as managing director and Alan Brunnen as non-executive director.

Wood Group has namedDean Harwood as president of strategy and development for the Western region, with responsibility for strategy, mergers and acquisitions, business development, marketing and proposals.

Restrata has appointedCraig Menzies to head up its UK emergency response and crisis management business.

FLIR Systems Inc. has appointedJames J. Cannon as president and CEO. He succeeds Andy Teich, who has retired after 33 years of service.

Materia Inc. has appointedNeal Gilmore as vice president, operations, and Wesleyne Greer as senior manager, sales. Both are based in the company’s Huntsville, Texas, manufacturing facility.

Wood Group’s recommended all-share offer for Amec Foster Wheeler has received shareholder approval from both companies. The deal remains subject to relevant clearances from competition authorities in certain countries where both companies operate. The transaction is expected to be completed in 4Q 2017.

Stress Engineering Services Inc. has teamed up with DeepMar Consulting to expand its existing upstream service offerings. The integrated team will work alongside clients to increase assurance of successful projects in regards to health, safety and environment, reliability, and efficiency. The partnership is focused on providing “end-to-end” solutions that address the entire life of field across all disciplines: drilling/completion, production/asset, and various intervention solutions.

Kuwait Oil Co.has awarded Petrofac a five-year contract worth more than $35 million to provide specialist technical training and competency development services. Work will be performed in Kuwait by the Training Services team, part of Petrofac’s Engineering & Production Services division. Petrofac will support KOC in reviewing and updating its competency systems and will develop and deliver technical training programs to improve the capability of its operations and maintenance personnel.

1CSI (1 Consulting Subsea Integrity) has marked the launch of its business with a move into premises at the James Gregory Centre in the Aberdeen Innovation Park, Bridge of Don.

Sparrows Group has appointed crane service and maintenance provider, Ginemex, as its authorized service center in Mexico. The partnership will support Sparrows in meeting the requirements of its existing contract with state-oil company PEMEX for servicing and parts provision for more than 60 offshore cranes.