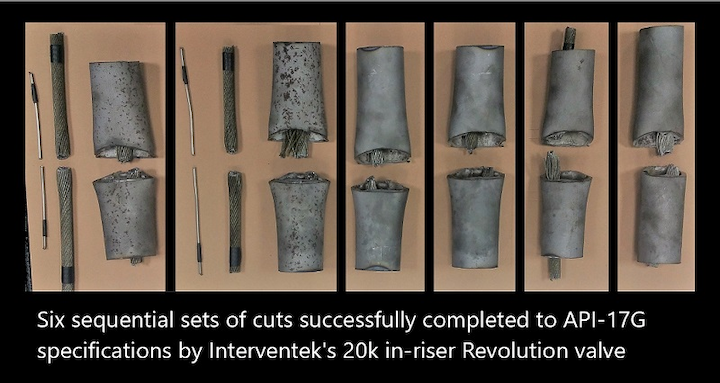 Testing, independently witnessed and verified, fulfilled the requirements for Service Specification Level liquid and gas.
The trials showed that the device could exceed the demands of the forthcoming API-17G standards for a wireline/coiled tubing class shear and seal valve.

No disassembly or redress was needed at any point in the trials.

The system, developed this year, is designed to withstand working pressures of 20,000 psi and temperatures up to 350°F (176°C). It can cut wireline and coiled tubing up to 2 x 0.203 in., 30 ksi minimum yield strength, the company claims, adding that it is the sole in-riser wireline/coiled tubing class valve available that guarantees sealing after shearing.

It uses separate cutting and sealing actions to prevent damage to the sealing surfaces, with resilient seals that are said to avoid the use of vulnerable elastomer materials for primary fluid containment, making it suitable for ultra HP/HT applications.