Gibdock has completed a 19-day refit of the seismic vessel WG Cook for WesternGeco. 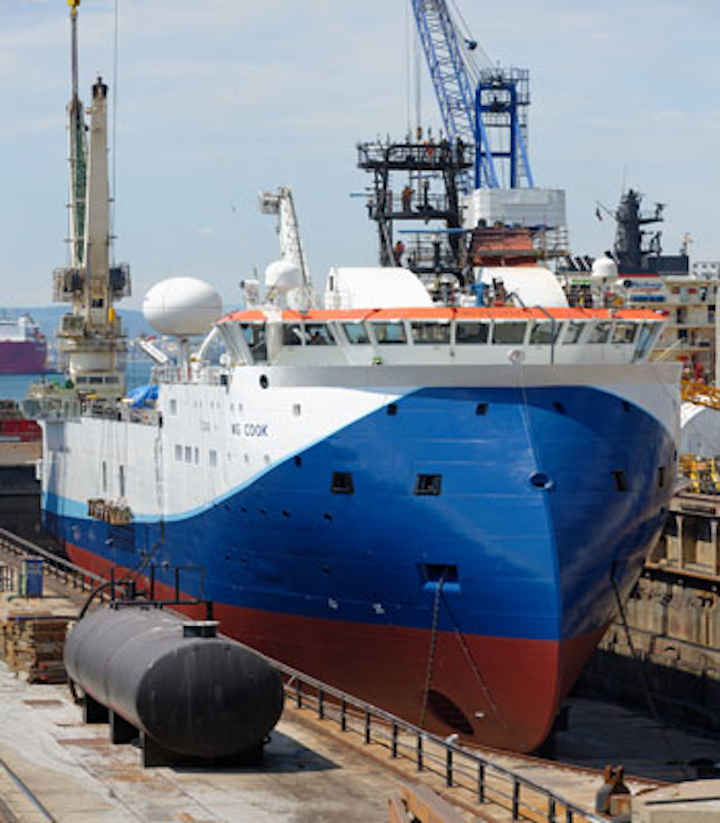 GIBRALTAR – Gibdock has completed a 19-day refit of the seismic vesselWG Cook for WesternGeco.

This was one of six 12-streamer 3D seismic ships delivered to the contractor in 2010.

The vessel was allocated at Gibdock’s largest dry dock, to allow simultaneous deployment of a variety of yard equipment. One of the dock’s three cranes was occupied continuously by a 5-m (16.4-ft) exhaust extension and main mast modifications.

About 300 personnel were onboard the vessel during the project’s peak period.