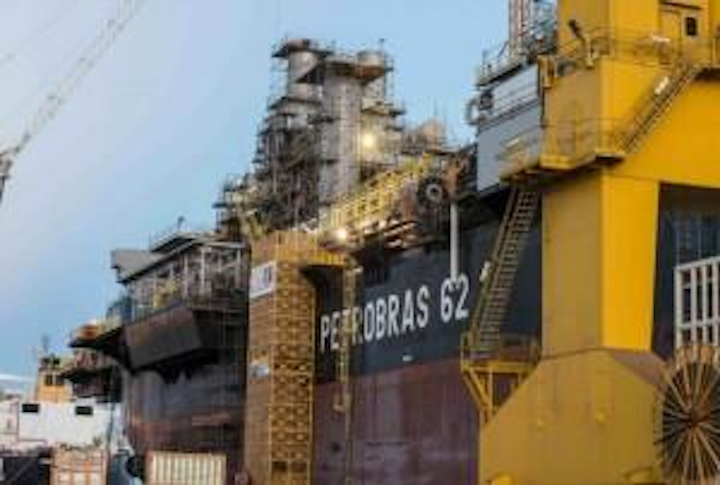 A year ago, a flare tower onP-62 snapped free of its cables during a hoist and fell to the ground as it was being installed. Since then, the scheduled completion of P-62 has been a major concern throughout the shipbuilding industry.