Total says the FPSO for its CLOV project in Angola’s deepwater block 17 has reached Porto Amboim in Angola. 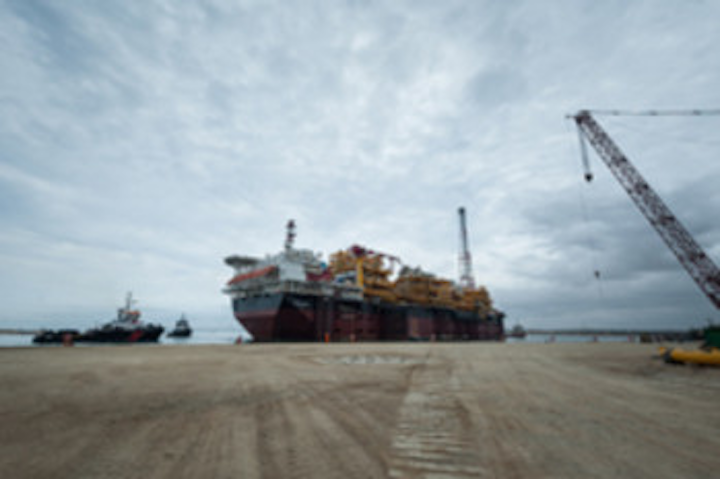 PARIS– Total says the FPSO for its CLOV project in Angola’s deepwater block 17 has reached Porto Amboim in Angola.

Offshore Gabon, drilling is under way on Total’sAnguille redevelopment project’s Phase 3 wells from the new AGMN platform, using the Setty rig. Five production wells and one injector are now in service. An additional producer is being drilled and one more is being hooked up.

Total adds that theConstellation 2 rig has drilled two new wells on the ANE platform, both of which are onstream.