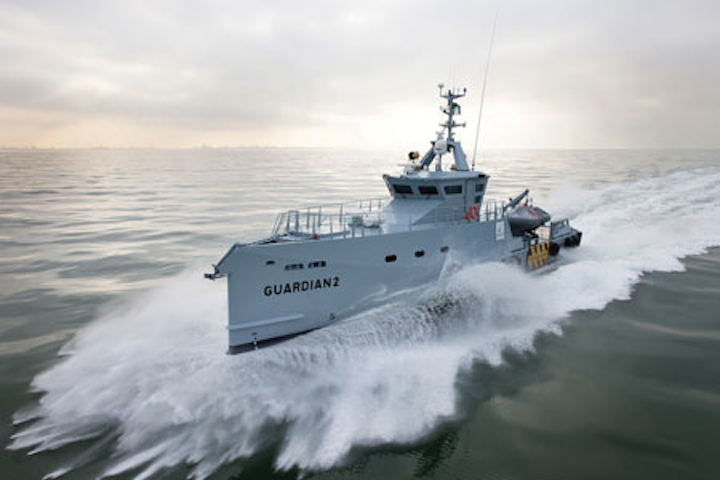 Despite capex growth over the forecast, orders this year have been very weak with only four contract awards so far, the company stated. This is a result of the low oil price impacting project sanctioning activity, compounded by recent history of high-cost FPS projects running late and/or over-budget.

In the near term, Douglas-Westwood expects improvement next year. Operators have worked hard recently to redevelop projects to make them more cost effective and their efforts should see final investment decisions made on a number of projects. One example is Mad Dog Phase 2 in the Gulf of Mexico, which was originally considered ‘uneconomic’ when oil was priced at $110 a barrel. With the major redesigns BP has undertaken (coupled with lower prices for equipment and services in the downturn) it is likely to be sanctioned next year, despite the current low oil price.

FPSOs will represent by far the largest segment of the market both in terms of numbers (67 installations) and forecast capex (79%) during 2015-2019. FPS units will account for the second largest segment of capex (9.3%), with TLPs third (9.2%).

Statoil has canceled its contract with Songa Offshore for the semisubmersible drilling rigSonga Trym, four months before the expiration of the contract.

Statoil previously notified Songa Offshore that the rig would be suspended for a period, and Statoil has tried to find other assignments for the rig after the suspension period and up to the expiration of contract. “We informed the supplier earlier in October about suspending the contract after the rig has completed the drilling operation on the Tavros well on the Visund field. Statoil has hoped for further activity in the remaining contract period, but we now realize that we must cancel the contract, as we have not succeeded in finding more assignments. We regret that we need to cancel the contract before it expires,” says Tore Aarreberg, head of rig procurements in Statoil.

Claus V. Hemmingsen, CEO of Maersk Drilling and member of the Executive Board in the Maersk Group said: “We deliver a satisfactory third quarter result given the adverse market conditions. We continue to focus on operational performance and a competitive cost level, which are key factors in order to secure contracts for our rigs.”

Pacific Drilling has exercised its right to rescind the construction contract for ultra-deepwater drillshipPacific Zonda due to the failure by Samsung Heavy Industries to timely deliver a vessel that substantially meets the criteria required for completion of the vessel in accordance with the construction contract and its specifications. Pacific Drilling made advance payments totaling approximately $181.1 million under the contract, and will seek a refund of the installment payments.

HIOSL serves the Nigerian oil and gas industry with a wide range of maritime, security and logistics services. The Lagos-headquartered company has ambitious plans to become the leading marine logistics provider in the Nigerian offshore industry.

Currently undergoing sea trials in Singapore,Guardian 2 is expected to be directly employed when she arrives in Port Harcourt, Nigeria, in December. HIOSL will then have five patrol vessels in its fleet.

Guardian 1 has largely been carrying out security patrol services for the IOCs, working alongside the Nigerian Navy, as well as transferring crew and supplies. “Guardian 1 is definitely the best vessel in the field in terms of speed and intervention abilities. Furthermore, with her unique Damen Sea Axe hull, she has fantastic seakeeping ability and still provides efficient fuel economy, even in rough terrain.”

Though the counterparties will be compensated for the delay, the 10-year duration and $519,000 day rates of the original contracts remain. The ultra-deepwater newbuildDeepwater Thalassa is currently mobilizing to the Gulf of Mexico to start with Shell in 1Q 2016 at $519,000/d, while the Deepwater Proteusis scheduled for delivery in December 2015 with operations commencing in 2Q 2016.

Cameroon’s state owned oil and gas company Societe Nationale des Hydrocarbures, Perenco Cameroon, and Golar are all parties to the executed agreement. Operations are scheduled to begin in 2Q 2017.