The Liza FPSO conversion is under way at Keppel Shipyard in Singapore. The FPSO Egina is in route to Nigeria for topsides module integration and commissioning. Analyst Westwood Energy says that demand for floating production systems is growing. Statoil has awarded Sembcorp Marine Rigs and Floaters in Singapore a letter of intent for the Johan Castberg project in the Barents Sea. 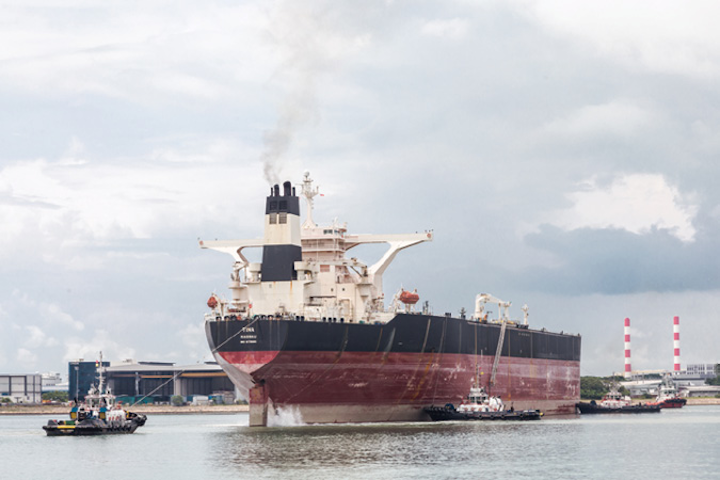 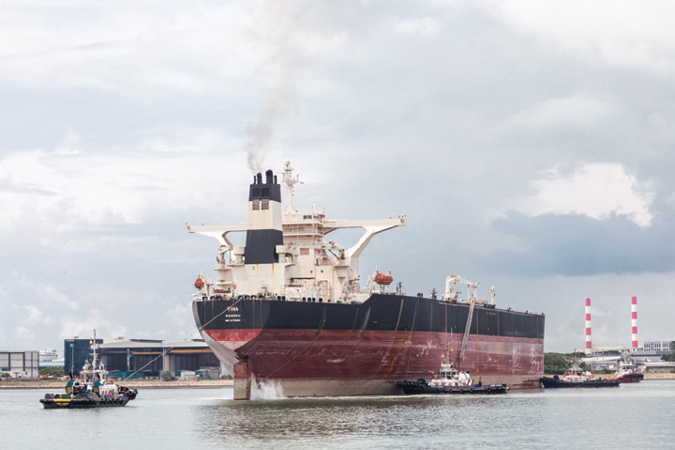 The VLCCTina will be converted at Keppel Shipyard into an FPSO for ExxonMobil’s Liza Phase 1 development in the Stabroek block offshore Guyana. (Image courtesy SBM Offshore)

In mid-November, the Bahamas-flagged VLCCTina arrived at Keppel Shipyard in Singapore, where it will undergo conversion for ExxonMobil’s Liza Phase 1 development in the Stabroek block offshore Guyana.

This followed main contractor SBM Offshore’s completion of the front-end engineering and design (FEED) and a final investment decision by ExxonMobil and its partners to go ahead with the project this June.

The conversion will include upgrade work on the hull and integration of the topsides. When completed, the FPSO will be able to produce up to 120,000 b/d of oil, with associated gas treatment capacity of around 170 MMcf/d and water injection capacity of roughly 200,000 b/d. The FPSO will be spread moored in a water depth of 1,525 m (5,000 ft) and will be able to store 1.6 MMbbl of crude oil.

Aside from the conversion, SBM Offshore is responsible for installing, leasing, and operating the vessel.

In November, the FPSOEgina departed the Samsung Heavy Industries (SHI) shipyard in Geoje, South Korea, in transit to Nigeria for topsides module integration and commissioning. The voyage is estimated to take three months. 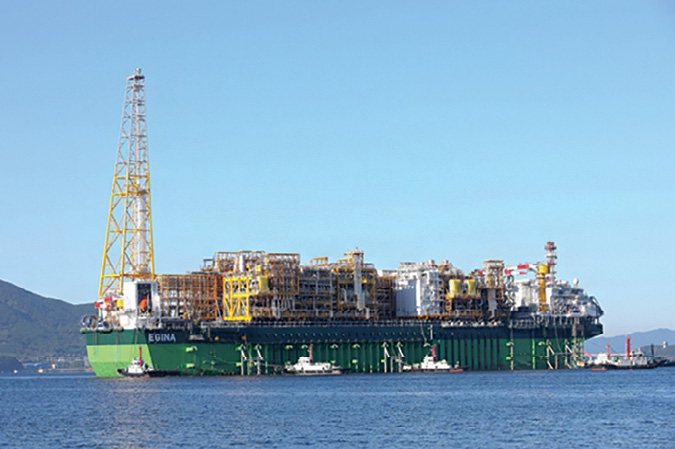 The Egina FPSO project is under the Nigerian local content regulations, and a portion of the topsides fabrication and integration is to be completed in Nigeria. Scheduled delivery is expected in the second half of 2018. SHI formed a joint venture (SHI-MCI) with a Nigerian local company and established a production facility in Lagos, Nigeria, to meet the local content requirements. The 120,000-sq m (1.3 million-sq ft) yard has construction and painting facilities as well as a 500-m (1,640-ft) long quay. SHI-MCI has constructed topsides modules for Egina since June 2015.

Demand for floating production systems is growing, according to Westwood Energy’s updated World Floating Production Systems Tracker. Capex for both installations and orders has increased by 12% and 22% respectively, compared to findings of the 1Q 2017 edition.

Westwood now estimates an order backlog of $45 billion and installation expenditure of $57 billion between 2017 and 2021. This is due to increased confidence in the market and lower field development costs.

To date this year 10 floaters have entered service, including high-capex units ordered prior to the downturn such as theP-66 and Armada Olombendo. Eleven floating production systems have been ordered this year, headed by the Liza and Sépia FPSOs and the Mad Dog Phase 2 semisubmersible.

Latin America will remain dominant in the sector, Westwood believes, accounting for 32% of capex and 36% of installations. Much of this will be directed at Petrobras’ fields in water depths of up to 1,000 m (3,280 ft), for units ordered in 2010 and which are still to be installed.

However, installation expenditure will be more than $5 billion across Africa, Asia, North America, and Western Europe.

Statoil has awarded Sembcorp Marine Rigs and Floaters in Singapore a letter of intent (LoI) for the Johan Castberg project in the Barents Sea. This concerns engineering, procurement, and construction of the hull and integrated living quarters for the FPSO. Statoil expects to ratify the contract on taking a final investment decision, before Christmas. The estimated value is $490 million.

Construction of the hull is the most time-critical delivery for the completion of the project in time for start-up in 2022, Statoil said. There will be a separate cancellation clause in the contract linked to securing approval for the plan for development and operation.

Johan Castberg, 240 km (149 mi) northwest of Hammerfest, will be developed via a large subsea system connected to the FPSO vessel, with 30 wells to be drilled during 2019-24. Recoverable resources are thought to be 450-650 MMboe. Statoil operates in partnership with Eni and Petoro.