Boskalis’ heavy transport vessel Vanguard has resumed its journey to Brazil with an FPSO on board. 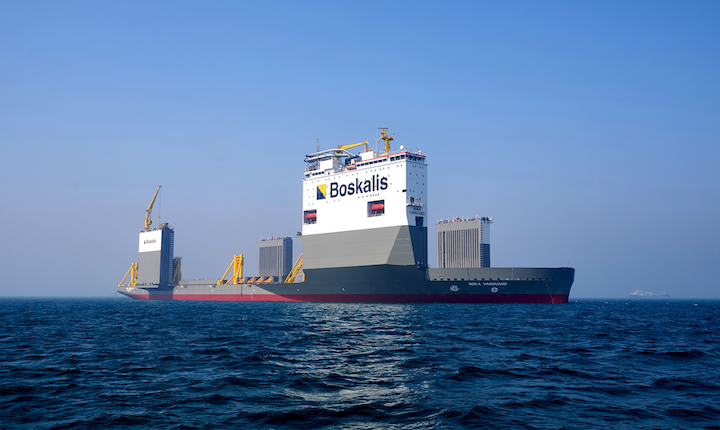 PAPENDRECHT, the Netherlands – Boskalis’ heavy transport vessel Vanguard has resumed its journey to Brazil with an FPSO on board.

‎It follows an incident earlier this week on board the FPSO which the Vanguard has been transporting from China.

During the voyage a contractor, designated by the yard, has been conducting preservation works on the FPSO as part of the pre-delivery activities prior to handover to the operator in Brazil later this month.

Six persons employed by the contractor, all with the Brazilian nationality, illegally consumed a cleaning liquid found on the FPSO.

According to Boskalis, the liquid is a substance customarily used for degreasing purposes, and probably contains a mixture of ethanol and the severely toxic methanol.

The affected persons reported this to the Vanguard’s crew around 36 hours after consumption, when serious signs of illness were becoming apparent. The crew took immediate action, altering the Vanguard’s course toward the coast of South Africa, with a medical evacuation by helicopter organized.

However, one of the affected individuals died before the medical assistance arrived on site. The other five persons were evacuated to a hospital in Durban and are now recuperating from the intoxication.

Boskalis stressed that it operates a strict zero tolerance policy with regard to alcohol on its offshore vessels.