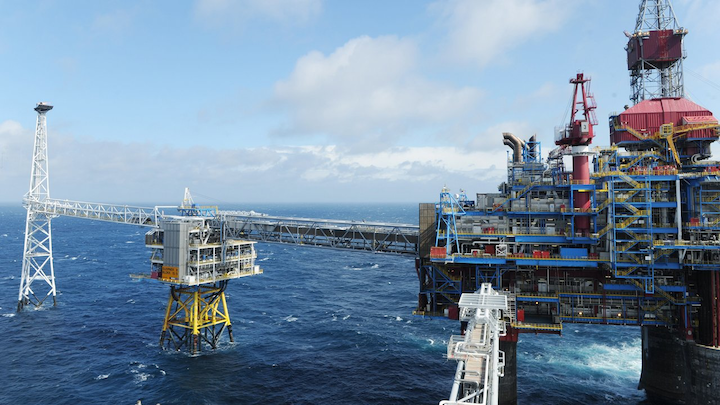 STAVANGER, Norway – Partners in the Sleipner field in the North Sea have agreed to make available data on how carbon dioxide (CO2) is stored in the reservoir.

The field has served as a facility for carbon capture and storage since 1996, making it the world’s longest continuous CO2 storage scheme, said Sleipner operator Equinor.

Around 1 MM metric tons (1.1 MM tons) annually are captured from the field’s produced gas for storage. The data will reveal how the carbon migrates in the subsurface over extended periods.

It will be published in September via the SINTEF-led CO2 Data Share Consortium*, which is supported by the Norwegian CLIMIT research program and the US Department of Energy.

Equinor has been sharing its CO2 storage and monitoring data with research groups for the past 15 years, but by making the data more openly available, the aim is to further advance innovation and development in carbon storage.

According to Eli Aamot, executive vice president at SINTEF, researchers have used the findings to understand flow processes, leading to more accurate predictions and safer methods of CO2 storage.

A prototype for the data sharing will be posted online to select test users later this month, with the digital platform for sharing CO2 storage data set to come online in September 2019.

*CO2 Storage Data Consortium is an open international network for data and knowledge exchange, initiated by Equinor, SINTEF, University of Illinois and IEAGHG in 2016. The project CO2 DataShare was launched in 2018 with financial support from Gassnova and the US Department of Energy.