Faced with increasing drilling and production prospects in that part of the world called the "Ring of Fire," operators and their service suppliers are turning up the heat to design, build, operate, and maintain high-pressure/high-temperature (HP/HT) tools and equipment. To address the HP/HT issue requires a focused outlook. Wells can have high bottomhole temperature with moderate bottomhole pressures, or both high bottomhole pressures and high temperatures. 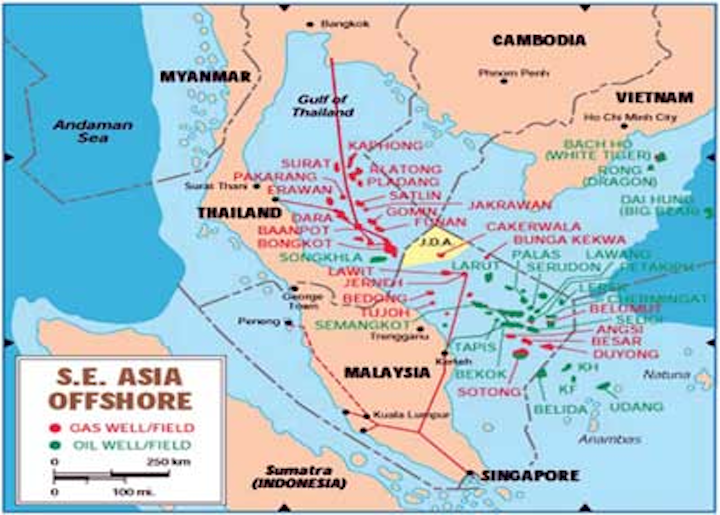 Faced with increasing drilling and production prospects in that part of the world called the "Ring of Fire," operators and their service suppliers are turning up the heat to design, build, operate, and maintain high-pressure/high-temperature (HP/HT) tools and equipment.

Acknowledging the first rule of energy, that it can never be created nor destroyed, engineers must also consider other forms of energy that may exacerbate the challenges of HP/HT. For example, the various forms of vibration created by the drilling environment can accelerate the effects of HP/HT on critical components such as electronics and sensors.

Trite but true, the expression, "A chain is only as strong as its weakest link," is also appropriate. How many million-dollar tools have failed because a 10-cent resistor burned out?

The effects of elevated temperature and pressure can be insidious. Seals that are typically made from elastomers can only withstand so much temperature or pressure before they degrade and leak. When metal-to-metal seals are designed to overcome thermal and pressure issues, they can have challenges as well. Early logging tools designed for use in geothermal wells withstood temperatures of more than 600°F (315°C), but when exposed to ultra-high bottomhole pressures they took a permanent set. As the tools were withdrawn from the well, the crushed seals leaked and allowed the tool housings to become charged with superheated steam. This, in effect, turned the tool into a "bomb" that created severe burns on workers who tried to disconnect them on the catwalk. In one recorded case, high-pressure steam blew a 30-lb adaptor across the drill floor like a cannon ball.

Electrical circuits create their own heat when energized. This placed severe limits on early HP/HT tools, which literally "cooked themselves to death." Placing delicate electronics and sensors inside a Dewar flask protected them from outside heat, but concentrated all the inside heat from transformers, etc.

Sophisticated electronic logging instruments are like chains with a million "links," any one of which can become the weak link as the tool is cycled from ambient conditions to downhole heat and pressure. Often, when one link of an electrical circuit is broken, it causes an overload to appear elsewhere in the complex circuitry and failures cascade through the tool.

Over the years, innovative engineers have learned different ways to acquire the data they need in spite of HP/HT conditions. They play the "time" card. Where logging-while-drilling (LWD) tools must be able to withstand temperature extremes for days or weeks at a time, while experiencing high torsional, axial, and lateral vibration modes, wireline tools can acquire the same data with only a few seconds on bottom where conditions are at maximum. Vibration typically does not affect wireline tools because they are not run simultaneously with drilling.

There is no doubt that wireline measurements require that operators forgo the real-time aspect of while drilling measurements. This may be an unacceptable compromise that drives them to insist on LWD.

Technical challenges aside, organizational changes can have beneficial effects as well. Many years ago, engineers observed that the number of wells whose bottomhole temperatures exceeded 250°F (121°C) was less than about 10% of total wells drilled. They also recognized that cyclic exposure to heat and pressure had a degrading effect on tool circuitry and pressure seals. This led to development of standard tool systems rated at 250°F, and 15,000 psi (1,034 bar) to perform the bulk of the work. They were able to build these tools using many off-the-shelf electronic components instead of the high-spec ones they had been using, thus saving money. The savings were devoted to designing and building an elite class of HP/HT tools that were rated (in the wireline case) to 500°F (260°C) and 25,000 psi (1,724 bar). These tools were strictly reserved for HP/HT wells, so they were only subjected to cycling about 10% of the time as the standard tools. Seals were changed after every descent, and tools were checked periodically in a heat oven.

Believed to be the world's record, a deep gas well in Webb County, Texas, with a measured bottomhole temperature of 555°F (290°C) was successfully logged by an induction-electrical logging tool. The tool was destroyed by the heat, but not before it acquired about 1,000 ft (305 m) of data that included the target interval. Techniques used to improve the odds of success included soaking the entire tool in ice before lowering it into the hole and leaving the tool turned off until it reached total depth so internal heat from transformers would not come into play until the last minute.

Though such tricks were successful for a few years, there was still strong demand for real-time measurements while drilling, both for improved drilling efficiency and for geosteering. LWD tools and rotary steerable systems (RSS) had to be upgraded so they could perform at extreme bottomhole conditions and for very long intervals. At the time, one of the weakest links was the battery. Early LWD instruments were powered by batteries, which are notorious for failure at temperature extremes. A recent solution is to power the downhole assembly using a mud-turbine generator, thus eliminating the batteries altogether. The obvious disadvantage is that the tools will only operate while mud is circulating. Recently, high-temperature battery reliability has been improved.

Unfortunately, the market for extreme HP/HT tools was widely scattered, with only a few, ultra-deep, ultra-hot, wells being drilled at any one time.

Thailand to the rescue

For the past six to eight years, the Gulf of Thailand has provided the missing link—a viable market of HP/HT wells. The Gulf of Thailand lies to the east of the country and is bordered by Cambodia, Vietnam, and Malaysia. It is about 175 mi (389 km) wide, and 470 mi (750 km) long with a large natural gas play in the north and a corresponding oil play in the south. It is a perfect "laboratory" in which to perfect HP/HT tool systems.

Over the past four years, the company has systematically developed and deployed an LWD family of downhole tools called HeatWave. It has a suite of tools that include a hostile environment logging MWD/pulser, a TVM II vibration sensor, a BAP borehole/annular pressure tool, and an HAGR azimuthal GammaRay tool. All 9.50-in. and 8.25-in. tools are rated to 25,000 psi and 374°F (190°C). 6.75-in. and 4.75-in. systems are rated to 30,000 psi (2,068 bar) and 374°F. A full tool string includes (from top to bottom) the pulser/driver, battery pack, HAGR, BAP, and an integrated directional sonde.

All tools are subjected to a rigorous time/temperature test that is repeated 10 times. Weatherford has adopted the condition-based maintenance (CBM) philosophy. The technique measures the condition of critical components but only replaces those whose condition signals that they need to be replaced.

Pioneered by the aviation industry, acceptance of CBM has grown rapidly. Today large fleets of airplanes, over-the-road trucks, and railway cars are maintained only when they signal they need it. For example, the systematic analysis of crankcase and transmission oil can detect increases in elemental concentrations of trace metals that warn of excessive wear of gears, pistons, and shafts. Instead of tearing down transmissions or engines after a certain number of operating hours, operators only tear down those that exhibit warning signals in the rapid build-up of certain elements. Typically, automotive companies suggest a change of crankcase oil every 5,000 mi (8,047 km). But those performing chemical analyses of their fleets have discovered that only a fraction of their engines actually need an oil change. By waiting until actual conditions indicate the need for a change the companies keep their fleets rolling while saving considerable expense.

At Weatherford, the CBM uses key indicators to trigger maintenance, such as exceeding a specified number of indexed hours, running above a specified temperature, or exceeding vibration limits.

CBM standards vary for different components of the tool string. Some components are tougher than others. But the CBM technique systematically identifies the weak links before failure and in time for replacement.

By making critical measurements of conditions affecting key components and recording them digitally, the company is able to keep track of each tool in each string. Job planning considers the remaining life of each component before committing it or its tool to an HP/HT job.

Of all the oilfield equipment, two systems stand out as leading candidates for HP/HT consideration: perforating systems and downhole production gauges. In the case of perforating, the risk of premature detonation gets everyone's attention. Manufacturers have spent decades upgrading the explosive compounds used in shaped charges as well as blasting caps and primacord. There is no second chance to undo a mistake when perforating guns are involved.

In the case of downhole pressure/temperature gauges or intelligent well systems (IWS), time is the critical factor. The present record was set recently in the Bay of Bengal, another hot spot. A Schlumberger Signature Gauge survived for 21 days at 410°F (210°C) and 30,000 psi. The information it provided proved critical in designing the lower completion of an ultra-deep well in the Krishna-Godivari basin.

Another area of improvement is corrosion. Extended exposure in wells with high concentrations of H2S and/or CO2 can quickly ruin ferrous alloy tools. To date, one of the only alloys found to be impervious to this kind of corrosion is MP35N. A multi-phase alloy perfected by the Latrobe Steel Co. in Pennsylvania. High bottomhole pressure exacerbates the effect.

More and more hostile environment areas are being discovered. Extensive research is ongoing within the service and supply industry to improve performance of downhole tools and instruments under extreme environmental conditions. Engineers are systematically searching for the weak links and eliminating them, one at a time. On the horizon are the geothermal wells – a source of renewable energy that has clear advantages over wind or solar energy because it is available 24/7. The commercial exploitation of geothermal energy will require even more resistant downhole tools.