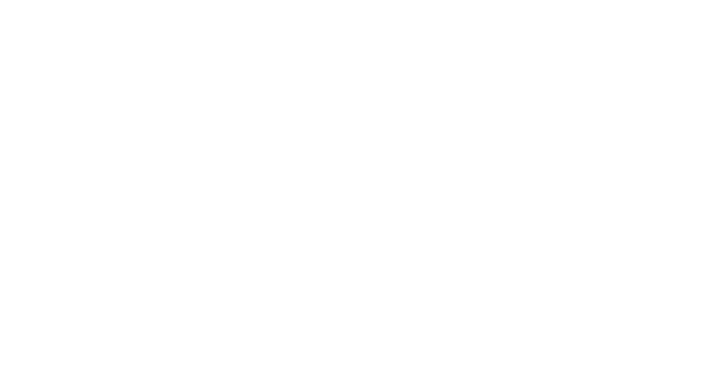 The largest jackup platform ever built departed from Barmac's Nigg yard in Northern Scotland at the start of July enroute for the Elgin Field, 240 km due east of Aberdeen. Not long afterward, it set another record. At 43,000 tons, it is the largest steel structure to be installed in a single operation in the North Sea. - -The TPG 500 platform for Elgin, under construction at Barmac's yard in Nigg, Scotland.

Secured to the seabed in 93 meters of water, the platform houses processing facilities, utilities and living quarters, and is set to handle production from both Elgin and the neighboring Franklin Field, 5.5 km away. Assuming the five-month hookup and commissioning period passes without incident, first production of gas and condensate will be achieved in November of this year.

The development in tandem of Elgin and Franklin constitutes the most extensive high pressure, high temperature (HP/HT) project so far undertaken anywhere in the world. The operator, TotalFinaElf, reports only two other much smaller fields in the US, Norphlet and Thomasville, exhibiting more extreme conditions. Elgin, straddling North Sea blocks 22/30b, 22/30c and 29/5b, and Franklin in block 29/5b in the Central Graben area, are estimated to contain recoverable reserves of 770 million boe. The hydrocarbons are contained in a structurally complex but good quality reservoir about 5.3 km below the surface at a pressure of 1,100 bar and a temperature of 190° C. There is up to 3-4% of carbon dioxide present, and hydrogen sulfide levels are also uncommonly high at 30-40 ppm.

Production from Elgin and Franklin, described by Elf's Project Director, Joel Fort, as being "just between oil and gas fields," is expected to last for a period of 22 years. Gas output will rise rapidly to 12-13 MMcm/d and remain at this level for 4-5 years before gradually declining. Condensate production will start at 23,000 cm/d, but a steady decline will set in almost immediately.

Elf's development of Elgin and Franklin has proceeded at the same time as Shell has been developing the nearby Shearwater Field, where reservoir pressure and temperature are only a little lower. The two operators have liaised over very similar technical challenges, not least of which is the development of suitable chokes and valves.

The developments also share the same gas and liquid export pipeline systems. Sales-quality gas will be taken by a new 34-in. pipeline stretching nearly 470 km to the Bacton terminal on England's Norfolk coast. Conden-sate will be delivered via a new 24-in. spur line into the Forties pipeline system to Cruden Bay in Scotland, and thence to Kinneil for processing.

The high pressure of the reservoir means that for safety reasons, all development drilling has had to be completed before production can commence. The initial program, which kicked off in early 1997, was to drill five new wells on Elgin, reconnect two earlier Elgin exploration wells and drill five new wells on Franklin. During this process, a reappraisal of the reserves led to a decision to include a further well on Franklin. All the drilling is now complete. Joel Fort expressed great satisfaction with the performance of the teams on Sante Fe's Galaxy 1 and Magellan rigs. "The time taken to drill wells on Elgin fell consistently during the course of the program, which presented us with significant cost savings," he said. In fact, drilling times fell by almost 50%. - TotalFinaElf's Elgin/Franklin fields will likely enter production at the same time as Shell's nearby Shearwater development.

Conventional wellhead platforms have been installed on both fields. Their 2,750-ton steel jackets were built by Lewis Offshore at Stornoway. The 2,000-ton topsides were engineered by Kvaerner and built at its yard on Teesside. Both platforms will normally be unmanned. Liquids from Elgin will arrive at the adjacent PUQ platform via a 100-meter long bridge and from Franklin via a pipeline bundle lying on the seabed, which Elf claims is the highest temperature, insulated pipeline in the world.

The PUQ platform has been the responsibility of a consortium of three companies - Paris-based Technip Geoproduction's UK division, McDermott Marine Constructors, and Barmac. The group operated in an alliance with Elf, the finances of which were governed by the highest single value contract ever let in the UK sector of the North Sea.

The final cost of the work, which included fabrication, installation, hookup, and commissioning, was around £600 million. Construction of the PUQ, which began in May 1997, consumed a massive 11.5 million man-hours at a rate of 1,200 tons of steel per month. The steel use is the highest achieved on a single project by an individual fabrication company. At its peak, the fabrication work occupied 3,600 people.

It would have been surprising had the project not presented some problems. However, according to Technip's upstream CEO, Pierre-Armand Thomas, the cooperative nature of the alliance enabled any difficulties to be resolved amicably and constructively. This is a point strongly reinforced by the other alliance partners.

Elf's initial decision to go with a TPG 500 jackup platform for this development was a little unexpected - only one other production facility of this kind exists in the North Sea on BP's Harding Field. Fort explained that the TPG 500 had emerged strongly from an early evaluation against more conventional structures, citing the perceived advantages as:

By any standards, the PUQ is an immense structure, measuring more than 240 meters from the seabed to the tip of the flare. The triangular-shaped hull has 102-meter sides, is 9.6 meters deep, and supports a total deck space extending to around 5,000 sq meters.

The topsides process facilities, weighing 17,100 tons, are among the most sophisticated to be found offshore anywhere in the world. The plant is capable of handling up to 14.6 MMcm/d of gas and 27,800 cm/d of condensate. The gas leaving the platform will be sales quality, which means, in theory, it can be fed straight into consumers' homes. In this respect, removing the hydrogen sulfide has presented a particular challenge. The amine absorber tower on the platform is the largest process vessel in use in the North Sea, weighing 356 tons and more than 30 meters high.

The hull, weighing 12,650 tons and containing the living quarters, control rooms, and utility packages, was built using the kind of techniques more commonly encountered in the shipbuilding industry. Quantities of reinforced plate were produced on site and fashioned into 14 sub-assemblies, or blocks, the heaviest weighing 1,550 tons, in Nigg's covered assembly halls. These were then welded together to form the triangular hull. Under normal operating conditions, it will house 45 people - in some luxury it might be added - although there are a total of 69 beds on board.

The platform's three legs, each effectively a 140-meter high tower of 2,100 tons finished with a "spud can" at the base, were again pre-fabricated as sub-assemblies and lifted into place through the jack housings at the corners of the hull. Considerable precision was called for. Maximum deviation allowable along their complete length was only 3 mm. In one of the more tricky lifts made on the project, a 1,375 ton, 90 meter section of leg was raised 130 meters into the air, using two Lampson cranes and then carefully lowered through the hull.

The platform's design allows for self-installation. Once on station, the legs were lowered to the seabed and piled. Each leg was secured by six 410-ton piles driven by the platform's own piling hammer. The hull jacked up to a height of 34 meters.

The Elgin PUQ left Barmac's Nigg yard about four months later than planned - the cost of around £600 million also was more than originally expected. However the final total emerges, Elf is expressing little disappointment, at least publicly, with the contractors' performance on the PUQ project. Fort prefers not to refer to a cost over-run, but to an "increase." It was pointed out that during the course of the project, advances were made in the software tools used to estimate blast pressures. Revised figures meant that the platform had to be significantly reinforced. In fact more than 8,000 tons of steel were added, mostly in blast reinforcement, a weight increase of some 20%. There were also design changes in terms of the gas processing facilities, resulting in the addition of more equipment.

Overall, Elf seems to be well satisfied with the outcome of this complex development. Cost increases on the PUQ have been outweighed by savings on drilling and pipelines and in general project management. The final figure of £1.65 billion, which according to Elf is 6% under budget, represents a very favorable development cost of around $3/boe. In addition, operating costs over the 22-year life of the field are estimated to be $2.3/boe, making Elgin and Franklin economically very attractive, particularly so at the current oil price.

Technip, meanwhile, is looking to sell its TPG 500 platform into the Caspian and Canadian markets on the strength of the success of Elgin/Franklin. On the basis of its ease of re-use, it is also promoting the concept for the sequential development of small fields. The company would also consider leasing the jack-ups to operators in these cases.