The Norwegian Petroleum Directorate has granted consent for production start-up on the Aker BP-operated Ivar Aasen field in the North Sea. 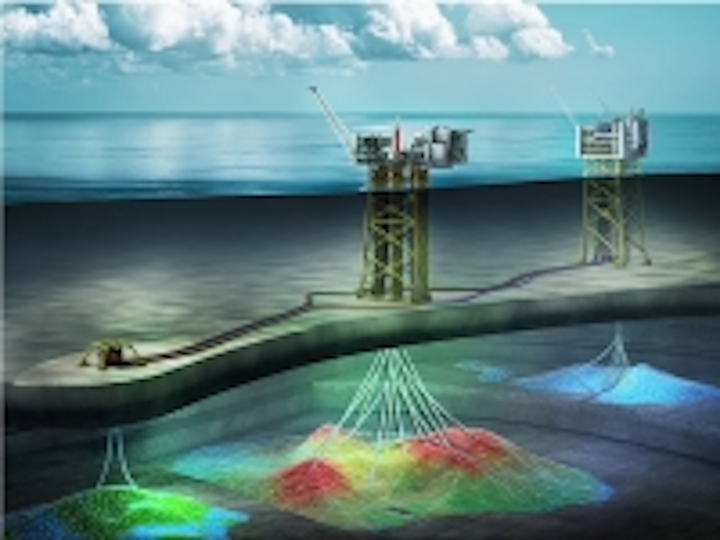 STAVANGER, Norway– The Norwegian Petroleum Directorate (NPD) has granted consent for production start-up on the Aker BP-operated Ivar Aasen field in the North Sea. The operator has scheduled start-up for December.

The field was developed with a production facility resting on the seabed at a water depth of 110 m (361 ft).

Oil and gas from Ivar Aasen will undergo final processing on theEdvard Grieg field. Edvard Grieg will also cover Ivar Aasen’s power demand until a joint solution for power from shore is established for the Utsira High.

The recoverable reserves from Ivar Aasen are estimated at 23.3 MMcm of oil, 4.4 bcm of gas, and 0.9 MM metric tons of NGL.

Data from appraisal and development wells drilled after the submission of theplan for development and operation (PDO) led to an increase in the estimate of recoverable volumes and volumes in place.

NPD says the investment costs for the development amount to NOK 26.9 billion ($3.2 billion), which is in line with the estimate in the PDO.

Tove Francke, assistant director in Development and Operation in the NPD, said: “The NPD is very satisfied that both the schedule and budget are on target.”

Det norske was the operator of the development, which comprises production licenses 001 B, 242, 338 BS, and 457 BS. The company merged with BP earlier this year, becoming Aker BP.