Statoil has proven minor volumes of gas in the Alve field area of the northern Norwegian North Sea following two exploratory wells, according to the Norwegian Petroleum Directorate. 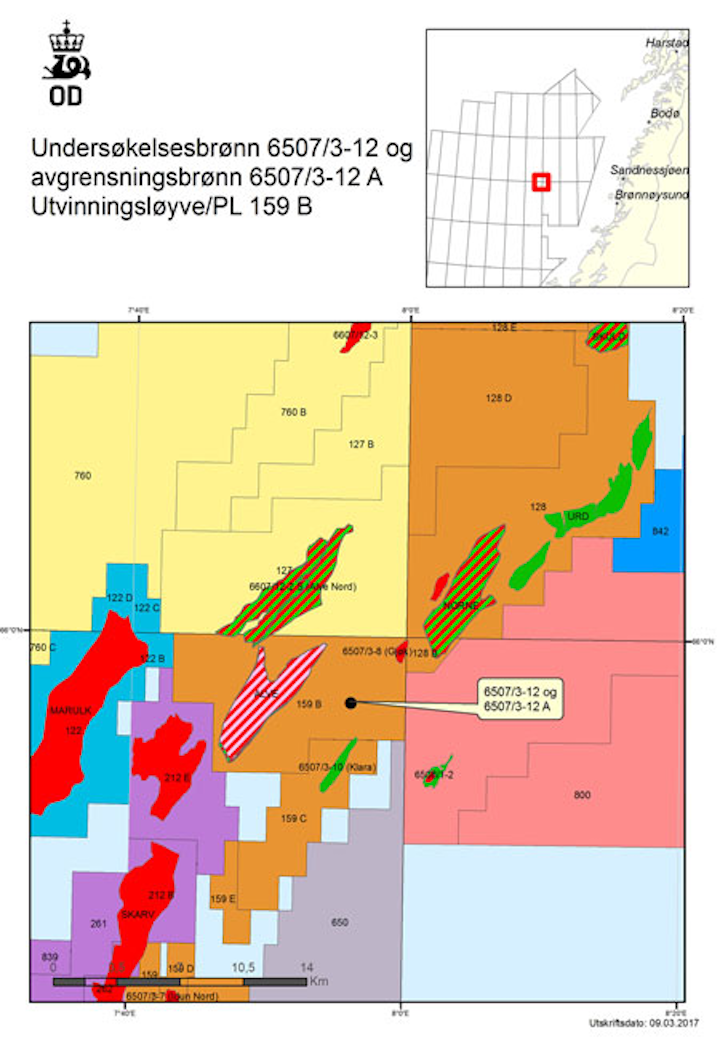 Well 6507/3-12 encountered a total gas column of around 7 m (23 ft) in a Late Cretaceous sandstone layer with good reservoir properties.

The appraisal well 6507/3-12 that followed had to be halted, however, due to technical issues regarding presumed gas-filled sandstone.

NPD estimates the size of the discovery in the range of 1-5 bcm recoverable. The licensees will assess prospects of developing this and other nearby discoveries/prospects.

These were the third and fourth exploration wells on the license.