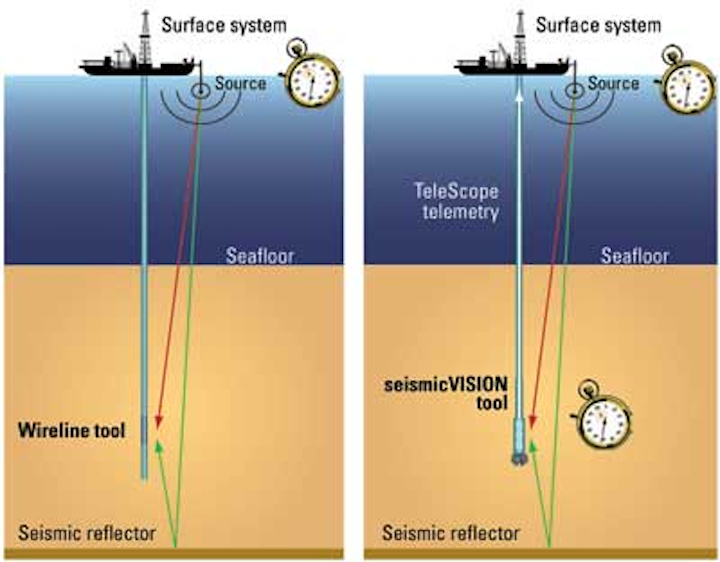 This early phase of exploration ended in 1985, by which point six wells had indicated oil shows. Recent discoveries such as the billion-barrel Jubilee oilfield in the Cretaceous submarine fans of nearby Ghana, the Mercury and Venus fields in neighboring Sierra Leone, and discoveries in Cote d'Ivoire have attracted several operators to begin new exploration drilling in deeper waters offshore Liberia. Operators have recently announced that their exploration activity has established a working hydrocarbon system in the Liberian basin.

African Petroleum is an oil and gas exploration and development company exploring in the high potential Cretaceous submarine fan play along the coast of West Africa (Sierra Leone, Liberia, Ivory Coast and extending west from Guinea to Senegal and The Gambia). The company's main current exploration focus is its 100% interest in offshore Liberia blocks LB-08 and LB-09, covering an area of approximately 7,200 sq km (2,780 sq mi).

African Petroleum appointed Senergy to provide consulting services for geology and geophysics, drilling, and contractor management support for the well planning and operations of the first well in its exploration campaign, Apalis-1. It also is the first deepwater well drilled in Liberia for over 25 years.

In 2010, African Petroleum completed the acquisition of 5,160 sq km (1,992 sq mi) of 3D seismic survey over the acreage, designed to image a Cretaceous submarine fan system previously identified from 2D seismic data. The 3D survey confirmed the presence of an extensive fan system similar to those containing the Mercury, Venus, and Jubilee discoveries. The company contracted theMaersk Deliverer ultra-deepwater semisubmersible drilling rig for a two-well program in Liberia starting in 2011. Schlumberger was appointed to provide drilling, measurement-while-drilling (MWD), logging-while-drilling (LWD), and wireline services.

Depth uncertainty is a major challenge when drilling wildcat wells, because the nearest offset wells are usually too far away to provide any reliable indication of subsurface geology. In common with many exploration wells, planning the position of the first well – Apalis-1, drilled in block LB-09 – was based solely on surface seismic imaging. Subsurface models based on seismic data are relatively accurate in terms of two-way acoustic travel time, but converting seismic datasets to the depth domain remains an uncertain science. Acoustic velocities for the depth conversion – derived from the seismic data itself – are inexact for the purpose, and drilling-target depths based on such conversions will have intrinsic errors. This depth uncertainty introduces increased levels of risk when targets are known to be over-pressured, where it is critical to stop and adjust drilling parameters before the target is reached.

A key objective in the drilling of Apalis-1 was to set the 13 3/8-in. casing shoe safely, but as close as possible above a seismic marker indicating a potential hydrocarbon zone. This would ensure the best possible shoe integrity and allow a greater mud weight window when drilling the subsequent sections. Depth uncertainty at the planned level of the casing shoe was estimated at +/- 330 ft (100 m), and a strategy was required to reduce this uncertainty prior to reaching total depth (TD) of the 17½-in. hole section.

Wireline-conveyed checkshot surveys traditionally provide the velocity relationship between time and depth to enable more accurate conversion of seismic images; however, this information is not available until a section has been drilled. The effectiveness and value of time/depth measurements is enhanced when provided during drilling operations, when they can be used to support real-time drilling decisions.

Seismic-while-drilling LWD technology provides real-time checkshot surveys during drilling with accuracy comparable to wireline methods. This enables target depths to be updated before they are drilled, reducing uncertainty and risk through better-informed decisions, which can be valuable in offshore developments.

African Petroleum decided to utilize the seismicVISION seismic-while-drilling service while drilling the 17½-in. hole section – a look-ahead technology that delivers time-depth-velocity information in real time while not disrupting drilling operations. A key enabler for this technology is a ruggedized ultra-high precision clock in the downhole tool that can maintain time accurately to within a few milliseconds – the standard timing in seismic surveys – over periods of several days.

This accuracy is essential, because while downhole in the bottomhole assembly (BHA), the seismic tool carrying the acoustic sensors has no direct physical access to times from the global positioning system (GPS) satellites used to control the seismic source at the surface. The LWD tool is synchronized prior to running in hole and once again when the tool returns to surface, to measure the relative time drift while downhole.

The seismic source is the same as is used for a wireline vertical seismic profile (VSP) survey: a high-pressure airgun array deployed a few meters below the surface of the water, controlled by a digital auto-tuning gun controller. For vertical wells such as Apalis-1, sources are usually deployed from the rig. For deviated wells, sources are often deployed from vessels located near to a vertical position above the LWD tool.

The seismicVISION tool has four component (4C) sensors: three geophones oriented orthogonally in x, y, and z directions, plus a hydrophone pressure sensor. In a vertical well, the hydrophone is the primary sensor as it is not dependent on wellbore coupling. In horizontal wells, additional information can be provided by the multi-component geophone array.

Seismic data are acquired during drillpipe connections, and the acquisition takes less time than it takes to make a connection such that the service is normally transparent to the driller and uses no additional rig time. Connections are also acoustically quiet, with no mud-pumping or BHA movement.

During a connection, typically 10 shots are fired, each with a 15-second shot cycle time. It therefore requires two and a half minutes per connection to acquire one checkshot level. The 10 individual waveforms are stacked together downhole, thus improving signal to noise ratio (S/N), and a windowed part – typically 500 ms long centered around the first arrival – is selected to be sent to surface.

Seismic waveform data are transmitted uphole by mud pulse telemetry when drilling and mud pumping resume. Depending on bandwidth, a 500 ms waveform typically takes 20 minutes to be sent uphole. Once at surface, the break time of the first arrival on the waveform is picked and processed, and the pre-drill velocity model is updated to produce revised target depth predictions.

The Apalis-1 well was vertical. The seismic-while-drilling tool was included in the BHA used to drill the 17½-in. section. The 4C sensor was located 61 ft (18.6 m) behind the bit. The 1,200-cu-in.-capacity source array was deployed over the side of the rig. Seabed elevation at the well position is 3,254 ft (992 m) below mean sea level.

While running in hole, a real-time checkshot was acquired at the seabed as a reliable tie-in point, and the measurement confirmed water velocity to be 1,495 m/s, as expected. Seismic-while-drilling operations commenced after 20-in. casing was set and cemented to about 5,576 ft (1,700 m) TD, acquiring new seismic checkshot data at the connection interval of 40 m.

After each connection was completed and drilling recommenced, the uncompressed hydrophone waveform data was transmitted to the surface simultaneously with sonic, resistivity, gamma ray, annular pressure, and shock/vibration measurements using the TeleScope high-speed telemetry-while-drilling service. Typically, more than 100 ms of waveform, including the first break, was received at the surface within 10 minutes of drilling being resumed. The real-time waveform and checkshot time-depth pairs were immediately delivered – via a secure digital data link – to an operations support team in London, which used the new information to update the geological velocity/depth model and revise the expected section TD.

The real-time checkshot data acquired while drilling the the 17½-in. hole section showed that the actual measured velocity was slower than the pre-drill velocity predicted from the surface seismic data, which meant that the target horizons would be shallower than the predrill prognosis. The checkshot data allowed the section TD to be pushed to within 100 ft (30 m) of the expected seismic marker. This was deeper than could otherwise have been achieved safely given the original depth uncertainty – estimated at +/- 100 m.

In addition to the real-time checkshot time-depth information, the results of pre-drill analysis of the range of depth predictions from offset well checkshot and seismic velocities provided important input for calibration. The different depth trends were used to match the seismic response derived from the real-time LWD measurements to horizons in the seismic dataset.

The Apalis-1 well was drilled without technical problems and under budget, and proved to African Petroleum the presence of a working hydrocarbon system in the basin. Subsequent wireline logging of the section confirmed the accuracy and validated the depths derived from the seismic-while-drilling measurements.