US Secretary of the Interior Ryan Zinke has announced that the department is proposing the largest oil and gas lease sale ever held in the US – 76,967,935 acres in federal waters of the Gulf of Mexico, offshore Texas, Louisiana, Mississippi, Alabama, and Florida. The proposed region-wide lease sale will offer an area about the size of New Mexico. 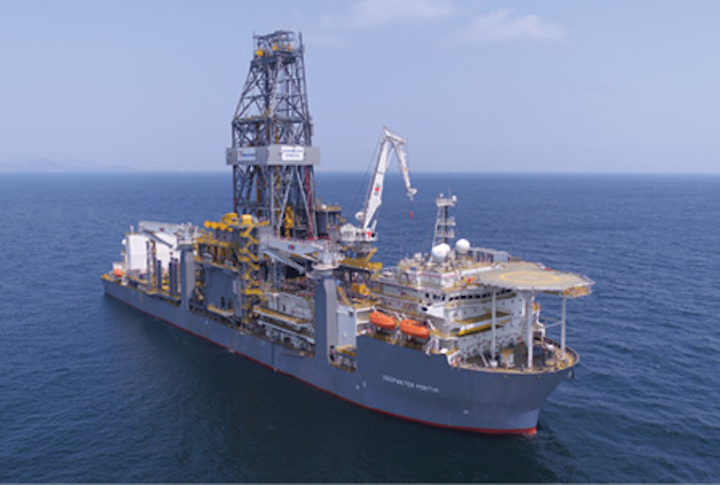 US Secretary of the Interior Ryan Zinke has announced that the department is proposing the largest oil and gas lease sale ever held in the US – 76,967,935 acres in federal waters of the Gulf of Mexico, offshore Texas, Louisiana, Mississippi, Alabama, and Florida.

Proposed Lease Sale 250, which will be livestreamed from New Orleans, will be the second offshore sale under the National Outer Continental Shelf Oil and Gas Leasing Program for 2017-2022. It includes 14,375 unleased blocks, located from 3 to 230 mi (5 to 320 km) offshore, in the Gulf’s Western, Central and Eastern planning areas in water depths ranging from 9 to more than 11,115 ft (3 to 3,400 m).

“In today’s low-price energy environment, providing the offshore industry access to the maximum amount of opportunities possible is part of our strategy to spur local and regional economic dynamism and job creation and a pillar of President Trump’s plan to make the United States energy dominant,” Secretary Zinke said. “And the economic terms proposed for this sale include a range of incentives to encourage diligent development and ensure a fair return to taxpayers.” 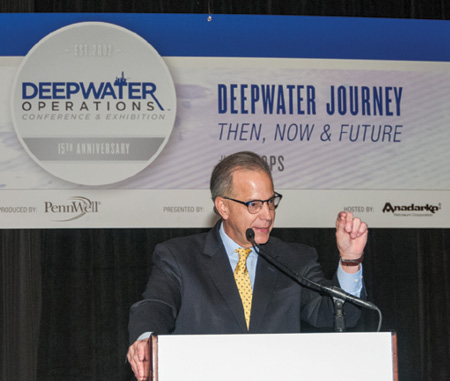 “The offshore oil and gas industry has demonstrated that when faced with challenges in deepwater whether market-based or technology, it continues to innovate and accelerate,” Angelle said during his keynote presentation.

David Paganie, conference director, PennWell, and chief editor of Offshore, said: “Director Angelle’s remarks at Deepwater Operations were an encouraging reminder that offshore oil and gas has advocates in Washington that seek to galvanize the industry in this challenging market.”

“In working toward President Trump’s and Secretary Zinke’s goal of energy dominance, industry will need to continue to meet the challenges of deepwater development,” Angelle said. “BSEE must work to ensure that the outer continental shelf is attractive for investment and that all operations are conducted safely and are environmentally sustainable.”

Ecopetrol will develop the blocks in partnership with Spanish energy company Repsol, which will have a 50% stake through its subsidiary Repsol E&P USA. The Repsol subsidiary will be the operator of the four blocks.

The blocks marked as Garden Banks 77, 78, 121 and 122 were secured during Lease Sale 249, a competitive process that was held by the Bureau of Ocean Energy Management in August.

Through the award, the partners will hold the right to carry out exploration in the blocks for five years at a water depth of nearly 240 m (787 ft).

Ecopetrol stated that the new blocks are part of its exploratory strategy to boost its reserves and hydrocarbon production, which lists offshore areas as one of its priority areas.

Further, the company said that the addition of the “Blacktail” prospect to the portfolio supports its initiative of concentrating on prospects in proximity to areas with existing infrastructure. 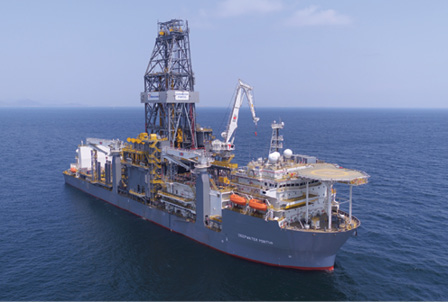 Transocean reports that its newbuild ultra-deepwater drillshipDeepwater Pontus recently began its 10-year contract with Shell in the US Gulf of Mexico. (Courtesy Transocean Ltd.)

Twenty-five companies have asked the National Hydrocarbons Commission of Mexico (CNH) to sign up for the 4th invitation of the 2nd Round Bidding process and the PEMEX farm-out for the Maximino-Nobilis deepwater block. The bid day will be Jan. 31, 2018.

Round 2.4 includes 30 deepwater blocks for exploration in the Perdido area, Salinas basin, Mexican mountain chains (Cordilleras Mexicanas) and the Yucatan platform, covering 70,844 sq km collectively (three times the area for Round 1.4), with prospective resources of approximately 4.228 Bboe, twice as much as the eight blocks awarded in Round 1.4).

The companies that have signed up include: