Decommissioning projects across the globe are on the rise despite the high oil price and drive to extract more reserves from existing fields. 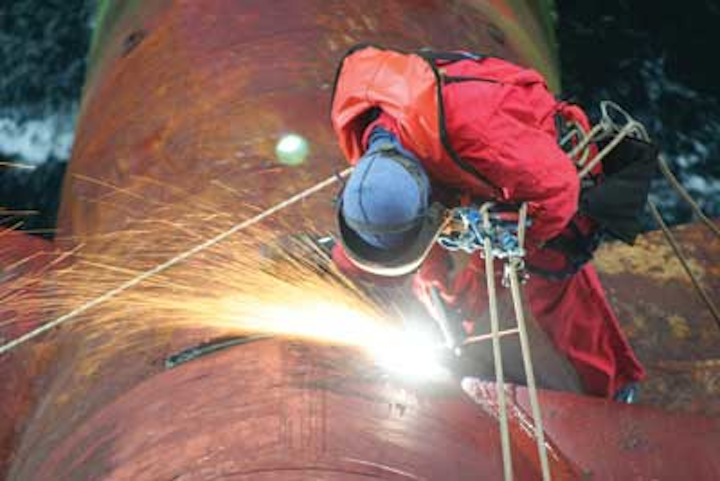 Decommissioning projects across the globe are on the rise despite the high oil price and drive to extract more reserves from existing fields. Douglas-Westwood and Deloitte predicted in the North Sea Decommissioning Market Report, released in November 2011, that the cost of North Sea decommissioning could exceed £47.5 billion ($72.7 billion) over the next 40 years.

While operators in the UKCS now achieve highly respectable asset recycling rates of up to 97%, the potential environmental and cost benefits of reusing plant, equipment, or entire facilities, rather that defaulting to scrap, means a number of major operators in the UKCS have committed funds to investigate this further.

When the decision is taken to cease production and decommission an asset, it is essential that, in the effort to reduce costs, projects are carried out safely, efficiently, and competently. An installation may have been producing for 30 years with the same core workforce operating on it since hook-up and commissioning. For these individuals in particular, and the rest of the offshore team, it is important to realize that it is not "business as usual."

An important difference from "steady state" producing operations to the decommissioning process is that the physical operating environment is constantly changing. Dropped objects, such as detached cable trays, may also pose a serious risk, since corrosion can increase as the heat supply drops with cessation of production.

A platform's risk profile changes when the production of hydrocarbons has ceased and the installation moves into the engineering down and cleaning, and module process and utility separation phases. The move from hydrocarbon production to an active reduction in the hydrocarbon inventory changes the working practices and other specialist service providers, such as waste handling specialists and heavy-lift contractors, become involved in the project.

Clarifying the work scopes, developing the methodology, working practices and quantifying the resources required to progress the project will help ensure it is delivered in a safe and efficient manner. The detailed plans developed as a result of this process will allow the work to be scheduled to maximize resource utilization, optimize activity, and improve logistics. Integrated project plans with multi-skilled teams is one way to improve efficiency while reducing the numbers of personnel offshore; for example, mobilizing multi-disciplined technicians that utilize rope access solutions.

With separation, lifting, and removal taking place in various areas across the installation, safety escape routes may not be available as they were during the operational phase and it is not uncommon for them to change on a daily basis. Work will also be undertaken in modules that have been partly decommissioned and work may be required to enhance the working environment for safe operations, such as walkway enhancement work scopes. As walkways and escape routes can regularly change when modules are removed, repainting yellow walkway lines is a visual reminder for those on board of where it is safe to walk on any given day.

The introduction of many new personnel who are unfamiliar with the installation can often be perceived as a potential risk by the existing platform team. However, personnel that are new to the installation can offer a different perspective and see potential hazards that may have not been immediately obvious to the incumbent platform team. Feedback from new personnel should be actively encouraged to ensure the points highlighted are acted upon.

Stork's decommissioning philosophy and operations center around its REACH HSEQ initiative. REACH was originally developed by RBG, the company acquired by Stork in 2011, where it had a major impact on HSEQ performance, evidenced by over 70% reduction in UK lost time incident frequency, and over 60% globally, from 2009 to 2011.

REACH is now at the heart of the company's decommissioning activity and is a crucial focus for all project planning, training, and operations, from competency evaluations to in-depth inductions and preparing work packs. By placing safety unequivocally as the number one priority, employees understand the importance of achieving the highest safety standards and everybody going home safely at the end of their trip.

Developing and deploying innovative technology also plays a major role in delivering decommissioning projects cost-effectively and to the highest HSEQ standards. Stork is involved in a major North Sea decommissioning project and recently saved its client almost £5 million ($7.7 million) on an upcoming fabric maintenance work scope through the use of innovative inspection and coatings technologies.

Stork inherited a number of substantial drill derrick painting work scopes after winning the contract, but as the asset will be fully decommissioned by 2015, the company's project delivery team challenged the requirement to deliver these as agreed.

A comprehensive close visual inspection reduced the quantity of surface area to be treated from 4,365 sq m (46,984 sq ft) to 2,553.43 sq m (27,484 sq ft), a saving of 42%. In addition, the introduction of a wax oil preservative coating to treat the drill derrick realized further savings of 1,725 man-hours. The wax oil will allow the coating works to be completed in around 14 days compared with six weeks for conventional paint treatment. The reduction in time means it can also be delivered during a planned pause in drilling operations rather than an unplanned shutdown, which can cost up to £100,000 ($154,679) per day.

Internal leg inspection presents another opportunity for safety innovation on the project. Two of the asset's legs are used for drilling and have a high number of conductors running through them. The conductors have to be removed as part of the decommissioning project, but prior to this is the requirement to survey and quantify the work that is involved. Rather than put an operative into this hazardous environment, Stork will use a pan/tilt/rotate camera system, with additional lighting, to determine the related work scopes.

The reuse and relocation of production facilities is not new to the oil and gas industry, with around 20-30% of platforms removed from the Gulf of Mexico being reused. With many assets that are relatively small, light, and operating in often benign conditions (apart from the hurricane season), it is easy to see how a regional reuse industry has developed. While this activity is still in its infancy in the UKCS, last year saw the topside of a Southern North Sea platform being refurbished and redeployed for a new development in North Africa.

Compared with the current recycle and scrapping decommissioning process, relocating and reusing has the potential to deliver significant environmental benefits. During recycling, platforms generate a significant carbon footprint as vast amounts of energy are expended to melt the steel. While only 2%-3% of the asset is being disposed in a landfill, this can equate to hundreds of tons of waste. It is estimated that between 8 and 20 tons of carbon emissions is saved from every ton of steel that is reused.

Cost is also a crucial issue and with potential savings varying from around a few hundred thousand pounds for smaller platforms to potentially tens of millions for large installations, the reuse of an asset could be the deciding factor that makes a small, marginal field economical.

However reusing a platform is not without its issues and ensuring the asset is safe to operate is the absolute priority. Full and comprehensive checks on NORM (naturally occurring radioactive material) waste and asbestos are vital as the new platform owner takes these on as a liability. Fatigue is also a crucial issue and with aging platforms it could take some time to gain the appropriate safety certification and ensure an asset is safe to operate.

The impact and delivery of relocating an asset must also be considered. Stork has more than 20 years experience relocating entire onshore production facilities on a global basis and the company's skills, expertise, and experience can be transferred to the offshore industry. In 2009-10, the company managed and delivered the entire relocation of OCI Nitrogen's nitric acid plant.

An in-depth feasibility study was carried out and engineering preparation planned out the entire project, with particular emphasis placed on a safe, efficient, and cost-effective service delivery. The plant was dismantled at Ijmuiden, the Netherlands, and transported to the new site at Geleen, the Netherlands, where it was successfully re-commissioned. More than 9,100 m tons (10,031 tons) of freight, including 60-m-long (196.8-ft) steel columns, was transported throughout the project.

While widespread reuse of North Sea production facilities may be some years away, a potential area for significant growth in the short-term is the reuse of major deck equipment such as gas compressor machinery, generators, and valves. There is anecdotal evidence that equipment such as this, which can cost millions of pounds, is often removed from a platform with no identifying documentation and ends up at waste facilities for scrapping.

Working with operators, it is possible to identify and protect plant and equipment that may have resale value, which could reduce the final cost of decommissioning. While a platform's plans may identify the majority of material that can be reused, a full inventory should be created to take into account plant and equipment that may have been installed or removed, but not fully documented, as part of brownfield modifications.

Assessing the state of the identified materials while operational is crucial, and once a decision has been taken that it can be reused, solutions should be developed to protect the equipment in late life operations ahead of cessation of production. For its part, Stork can certify that the equipment meets the necessary regulatory and industry standards and ensure it will operate to the highest safety standards.

As the North Sea's aging infrastructure nears the end of its design life, the requirement for expert decommissioning services has never been greater and will increase significantly over the coming decades. While the majority of these original assets are likely and rightly to be consigned to scrap, reusing the major equipment, such as deck machinery and turbines, is a possibility given the prevalence of new marginal developments that need to minimize costs to make the fields profitable.

Regions such as the Gulf of Mexico have already adopted the relocation and reuse of entire assets; however, to introduce it widely in the UKCS would require collaboration throughout the supply chain and a change in mindset from "default to scrap." It is clear that the industry must move to reduce its energy footprint, improve its environmental performance, and help reduce the overall costs of the decommissioning program over the next 20 to 30 years. The relocation and reuse of smaller, satellite assets should be seriously considered to deliver this.