As the industry gears up for its biggest event of the year, operators, contractors, and vendors are looking forward to the growing development opportunities in the offshore market. 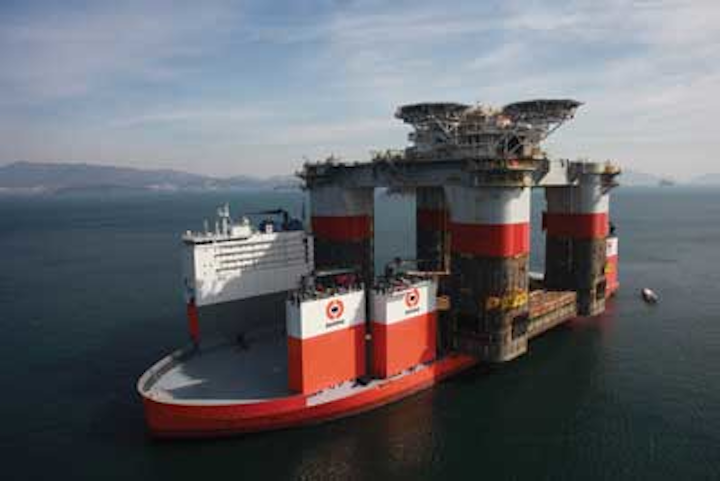 As the industry gears up for its biggest event of the year, operators, contractors, and vendors are looking forward to the growing development opportunities in the offshore market. This once-a-year event allows the offshore oil and gas industry to showcase the technological marvels that help make the offshore industry tick. However, as you wander through the metal miracles, please keep in mind that what you see here represents only a part of what makes this industry great.

The amazing hardware on display is merely the platform for one of the strongest job creating industries in the country and a bright spot in these uncertain economic times. The offshore industry, alongside the entire oil and natural gas industry, continues to innovate, create jobs, generate federal revenue, and ensure national security.

US oil and gas jobs are at their highest point since 1989, and what was once thought of as a boom has become an energy renaissance. The Bureau of Labor Statistics jobs report shows that oil and gas jobs have increased 6.5% since February of 2012, while many segments of our economy were losing jobs. Overall there has been 23% increase in oil and gas jobs since 2010. These are quality jobs with very competitive wages, and even though most are associated with onshore development, the offshore world is teetering on the brink of another energy rush that would usher in tens of thousands of new jobs and billions of dollars in revenue.

Why? First, because the resources are there and ripe for the picking. If the federal government would open up new areas in the outer continental shelf (OCS), it is expected that the industry would sustain 1.2 million jobs over the next 30 years and generate $1.3 trillion in additional revenue to the US economy. The key to ensuring America's energy for generations to come must include opening up access to offshore resources.

While many in Washington boast about increased oil production and an "all of the above" energy policy, the reality is that 96% of that increased production has come from the development of private and state lands. Our current federal policies are doing little, if anything, to encourage oil and gas production from federal lands. The numbers speak for themselves – production from federal lands has fallen over the past two years, and offshore production has dropped over 20% since 2010. The policy climate for offshore development hasn't changed for decades, with 85% of the OCS continually off limits to exploration, let alone development. And to the credit of the current administration, it will stay that way until 2017, unless Congress and citizens call for immediate change.

All is not lost, and there is hope! Last year, the House of Representatives passed a version of what is called the five-year plan that would have opened parts of the East Coast, the eastern Gulf of Mexico, the Pacific, and even more sales off the coast of Alaska. Hopefully the Senate will rise up to the challenge and pass similar legislation this year. Why? Because it makes sense for our country and our people.

First, from a revenue perspective our country is in desperate need of additional resources. The oil and gas industry is usually the second largest contributor to the US Treasury, and is consistently reliable. According to the Office of Natural Resources Revenue, the offshore oil and gas industry provided approximately $6.5 billion in revenues in 2011. The onshore coal, oil and natural gas industry ponied up approximately $4 billion. Of the total revenues, including bonus bids, rents, royalties and other revenues, the offshore industry supplied 58.3%, onshore 36.8%, and American Indian lands 4.9%. There are higher figures for 2012, onshore coal, oil and natural gas coming in at approximately $4.4 billion; offshore oil and natural gas at approximately $6.8 billion. The percentages are similar, with onshore providing 36.8%, offshore 57.3%, and American Indian lands up to 5.9%. Opening up the remaining 85% of the OCS would push annual offshore revenues into tens of billions.

Increased production will also lead to increased energy and national security. The less we import from caustic areas of the world the more secure we are at home. Increased domestic energy places the bargaining chips of foreign policy back in the hands of the US and allows us to not be beholden to irrational demands from abroad. Ten years ago, the thought that we could drill our way to energy security was a pipe dream. Today it is a reality. Just last month, the Energy Information Administration projected that US monthly crude oil production is expected to exceed imports late this year. In addition, the IEA is forecasting that the US is on track to surpass Saudi Arabia in oil production by 2020.

Ushering in this next era of American energy will require hard work and coordination. On the industry side, we need to make sure we continue to explore and develop in a safe and environmentally conscious way. Never has safety been more paramount and in the forefront of society as today. Safety is a challenge that we must strive to achieve with perfection, while acknowledging there will always be room for improvement. We must continue to recognize that it is a privilege to develop these resources and it is our duty to treat them as the national treasures that they are.

As the offshore industry and the US gets back to work, I implore the federal government to open the offshore spigot and let Americans access the resources they are entitled to. Frivolous attacks on the oil and gas industry through the proposed revocation of tax deductions granted to other industries throughout the country does nothing more than hurt the small, independent companies that are the lifeblood of the offshore industry. There is no such thing as an oil and gas subsidy, but there is such a thing as oil and gas subsidizing the government through taxes, revenues, and increased economic prosperity. Mr. President, I ask that you let us help you help us. Let the offshore oil and gas industry have access to the 85% of the OCS that has been closed for nearly a generation. And I promise we will help you, Mr. President, usher this country into an era of American prosperity and security unlike anything we have seen.